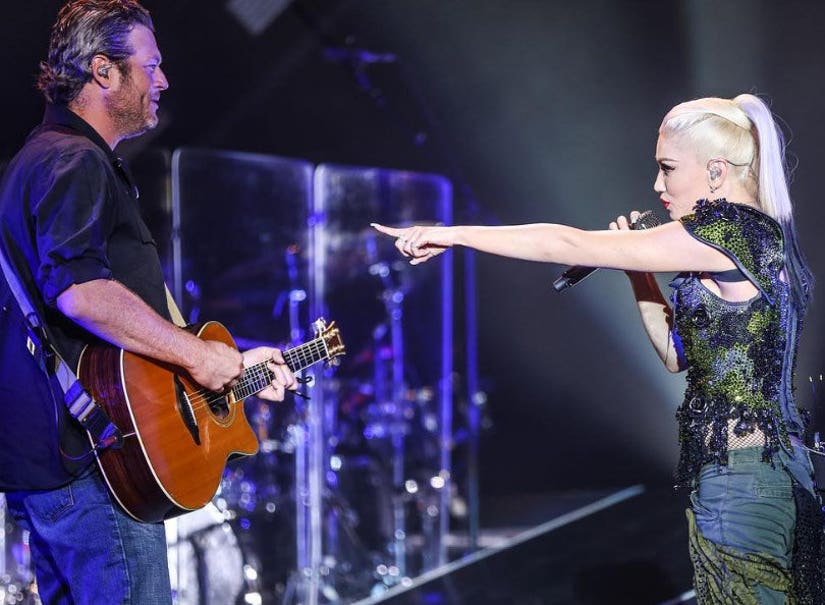 Gwen Stefani and Blake Shelton made sweet, sweet music together over the weekend.

The country crooner made not one, but two surprise appearances during the Los Angeles leg of Stefani's "This Is What the Truth Feels Like" tour.

Fans cheered as the "Hollaback Girl" singer introduced her boyfriend to the sold out crowd at the Forum, where the pair belted out their duet "Go Ahead and Break My Heart."

Shelton was all smiles as he stepped out with an acoustic guitar for the sweet performance. The couple stared into each others' eyes as they sang the duet, which they cowrote.

It's no surprise that Stefani, 47, and Shelton, 40, seemed to be feeling all the feels during their duet, considering the significance the tune holds for their relationship.

"This is one of my favorite songs I've ever written or recorded," Shelton said of the song in a press release when it was first released. "It came from a time and place when Gwen and I were beginning our journey together and both experiencing a hard time letting our guards down with each other. The song couldn't possibly be more honest. I'm honored to have written and performed this song with the great Gwen Stefani."

The couple famously bonded while both were going through very public divorces -- Shelton from Miranda Lambert and Stefani from Gavin Rossdale -- and working alongside one another as judges on "The Voice."

The pair, who debuted the single on the show, have dated for a little over a year and appear to be getting more and more serious with one another with every passing month.

Just last week, Stefani took Shelton to her childhood home and took him to his first trip to Disneyland, where the couple was joined by the No Doubt frontwoman's children and parents.

Looks like these two don't have to worry about suffering from broken hearts!