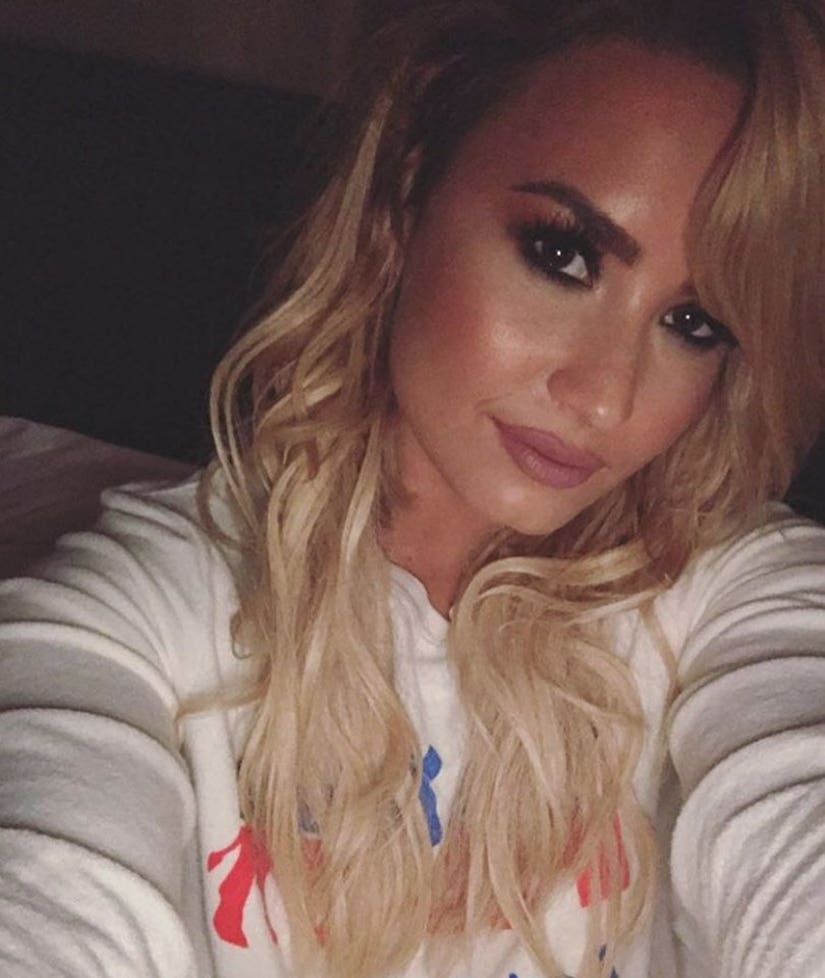 Demi Lovato surprised her 48 million Instagram followers on Sunday night when she took to the social media site to show off her newly blonde hair.

"Goldie locks," the 24-year-old captioned the selfie, which shows off what appears to be an ombre-style dye job with dark roots and light ends.

The "Cool for the Summer" singer rocks a full face of makeup, sporting bold brows, a nude-colored matte lip and plenty of blush. A casual white sweatshirt completes her look.

This isn't the first Lovato has experimented with lighter locks; she tried out blonde tresses back in 2012 and again in 2013, and has even dabbled with rainbow hued hair in the past.

In addition to the bold blonde shade, Lovato added length to her 'do with what appears to be extensions.

And while it's unclear whether the pop star did indeed dye her hair or is rocking a wig, it's obvious she's feelin' her blonde style. Shortly after debuting her golden tresses on Instagram, she was all smiles as she showed off her new look, along with a body-hugging black bodysuit and fishnets, onstage during a concert in Mexico City.

What do you think of Demi's new look? Sound off in the comments!