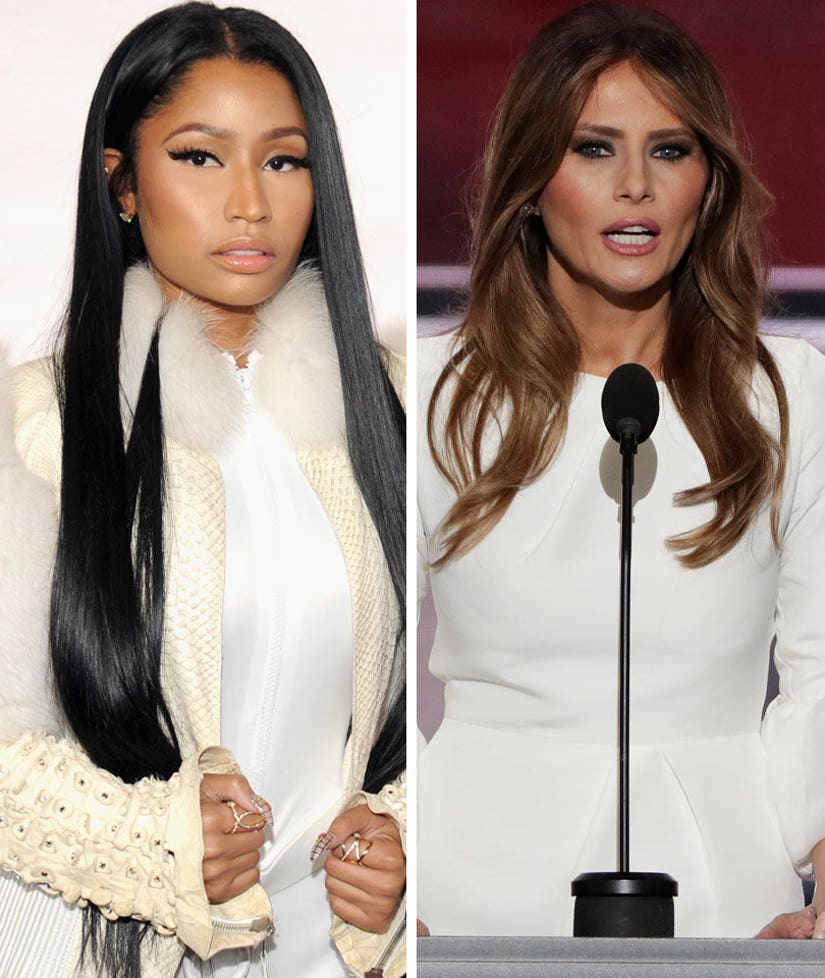 Nicki Minaj is walking back on some brutal comments she made about Melania Trump.

The rapper went on a profanity-laced tirade against Donald Trump's wife on Saturday night, during a performance at the Tidal X: 1015 concert in Brooklyn over the weekend.

Between songs, Minaj went off, telling men in the audience to not be intimidated by a strong female.

"Cause you n---as are so f---ing weak, y'all got the audacity to be intimidated by the bad motherf---ing queen and get your motherf---ing feelings hurt," she aggressively stated. "But it's O-motherf---ing-K, 'cause Barack needed a Michelle, bitch, and Bill needed a motherf---ing Hillary, bitch."

"You better pray to God you don't get stuck with a motherf---ing Melania," she added. "You n---as want brainless bitches? To stroke your motherf--king egos? Well, f--- you, n---as!"

Her words went viral, with many claiming she was "dragging" Mrs. Trump with her words ... something Minaj claims she wasn't doing.

"Wasn't 'dragging,'" Nicki later clarified on Twitter. "She seems nice. But a smart man knows he needs a certain 'kind' of woman when running for President/attempting greatness."

Not much of an apology/explanation, right?

The war of words come after "Saturday Night Live" also honed in on Trump's gorgeous wife over the weekend. One sketch showed Melania re-creating Beyonce's infamous "Sorry" video from "Lemonade."

Donald clearly wasn't a fan of that or their cold open with Alec Baldwin's Trump impersonation, as he took to Twitter later that evening to tweet his reaction.