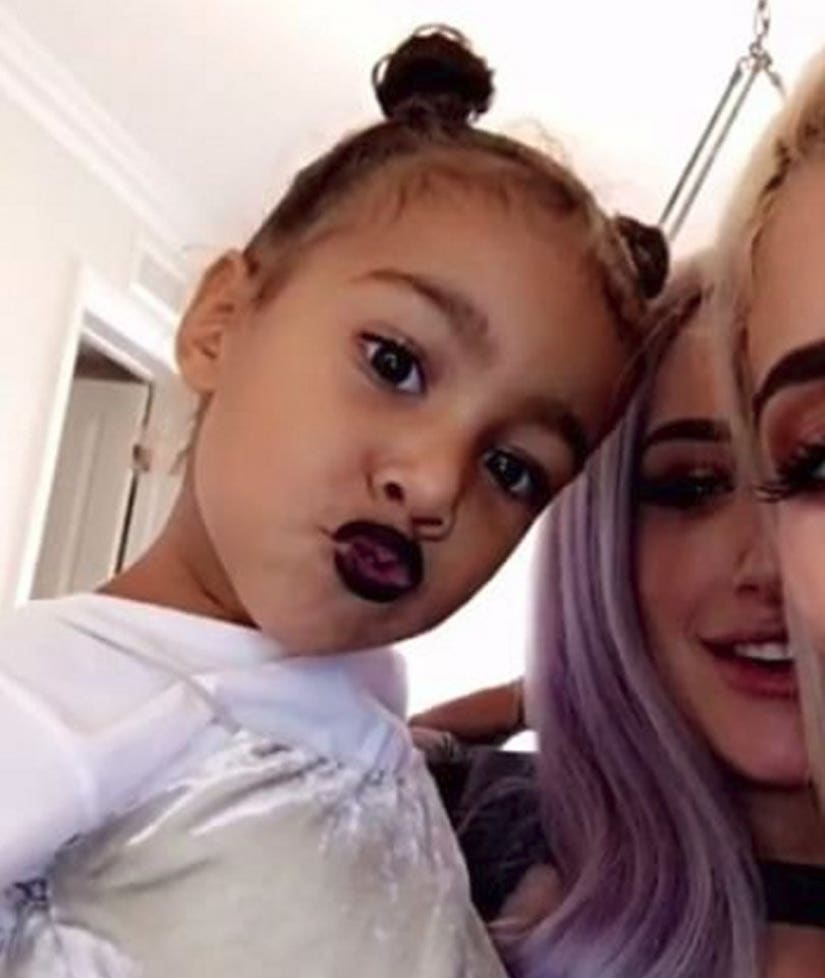 In addition to having a fashion forward mama, the tiny tot has a cosmetics maven for an aunt—and she took full advantage of that fact on Sunday.

While attending a Ferrari-themed birthday party that Kylie and boyfriend Tyga threw for the rapper's son, King Cairo, North decided to have an oh-so-girly moment when she tested out one of her aunt's lip kit shades during the festivities.

And who better to help the 3-year-old apply the gloss than its creator, Kylie?

"You wanted black, right?" says Kylie as she expertly applies the dark shade on her niece's petite pout in a Snapchat video.

"Aww, your little lips!" she coos, as North patiently sits awaits the results of her mini makeover.

Later, Kim Kardashian and Kanye West's firstborn smiles as she puckers up for the camera while showing off her Goth-glam lip color.

North and another pint-sized party goer show off the their lip kit adorned puckers and the lip kits--which they proudly hold up--for the cameras in another shot.

Looks like the Kardashian-Jenners have a mini glamazon in the making!