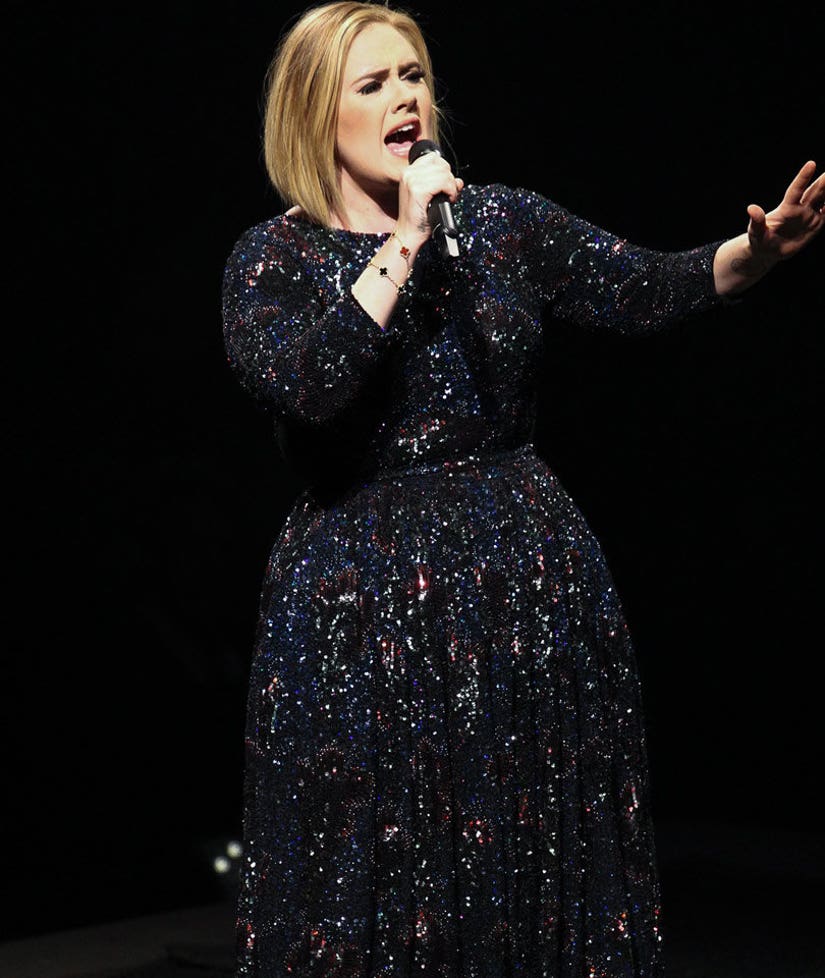 Adele has babies on the brain!

The "Hello" singer, ahem, delivered some pretty big news during her concert in Nashville over the weekend.

"My womb is starting to ache a little bit," the Brit babe told the crowd, according to E! News. "It's like, 'Baby, baby, baby. Need a baby, need a baby,'"

The 28-year-old, who has a son, Angelo, with longtime boyfriend Simon Koneckis went on to clarify that she is currently without child -- but hopes that doesn't last long.

"I'm not pregnant," said the singer. "I won't get pregnant until the end of the tour."

It's no wonder the Grammy winner took the time to explain her statements, considering the fact that she felt her comments about Brad Pitt and Angelina Jolie's split during a previous concert were blown out of proportion.

Adele's tour is scheduled to wrap in late November, but given the sweet surprise Konecki delivered his ladylove the following night, we wouldn't be surprised if the couple kicked off the baby-making ahead of schedule!

Adele typically ends each concert with white confetti that includes handwritten notes featuring lyrics from her hits. In celebration of the couple's fifth anniversary, her beau added pink handwritten notes of his own.

How sweet is that? Suffice it to say Konecki is probably not the inspiration behind Adele's epic ballads about heartbreak!