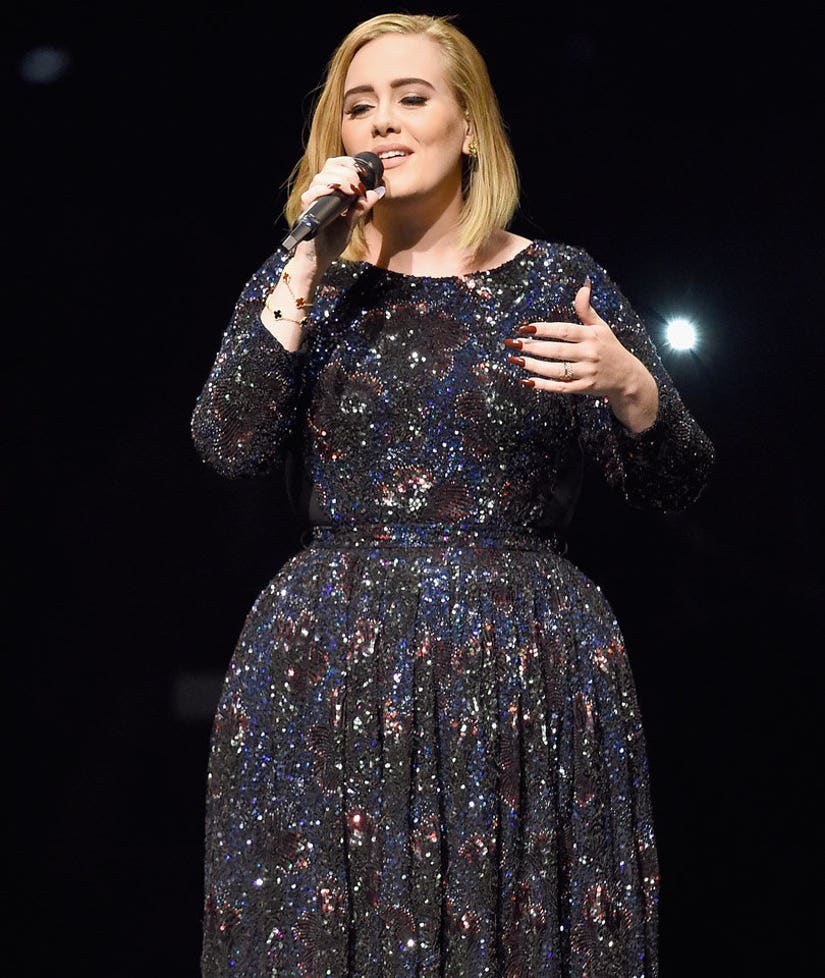 Looks like Adele's got that whole deadpan British humor thing down.

During her concert at Madison Square Garden on Tuesday night, the "Hello" singer took the time to address Angelina Jolie and Brad Pitt's shocking divorce, referring to it as the "end of an era."

"I was shocked when I woke up this morning," said Adele, who went on to dedicate her show to the troubled couple.

But it looks like the Brit babe needs to work on her tone, because it turns out she was just being sarcastic. She took the time to clarify her comments during her performance on Thursday night.

"I would like to say I think it's a bit sick you're reporting on an absolute joke," she started off, referring to the fact that multiple outlets had covered the faux concert dedication as a true declaration of sadness.

And Adele, who has made a career out of belting out gut-wrenching breakup songs, made it very clear that -- despite what reports seemed to indicate -- she was not losing an sleep over the Hollywood power couple's split.

"It made me out like I was heartbroken... I don't care," she told the crowd. "I don't know them. It didn't work out. Break up if it doesn't work out; that's what I always do. Don't work out? You leave him."

The Brit babe isn't the first celebrity to sarcastically poke fun at all the attention Brad and Angie's breakup has garnered. "The View's" Whoopi Goldberg affected a Valley Girl accent and faked sadness when she delivered the news to the show's audience.

Adele is typically chatty in between songs during her performances and has used her concerts in the past to address what she considers more serious news topics. Earlier in the summer she fought back tears when she dedicated her show to the victims or the Orlando shooting.

"I would like to start tonight by dedicating this entire show to everybody in Orlando at Pulse nightclub," the singer told a crowd in Belgium. "The LGBTQA community, they're like my soulmates since I was really young, so I'm really moved by it."