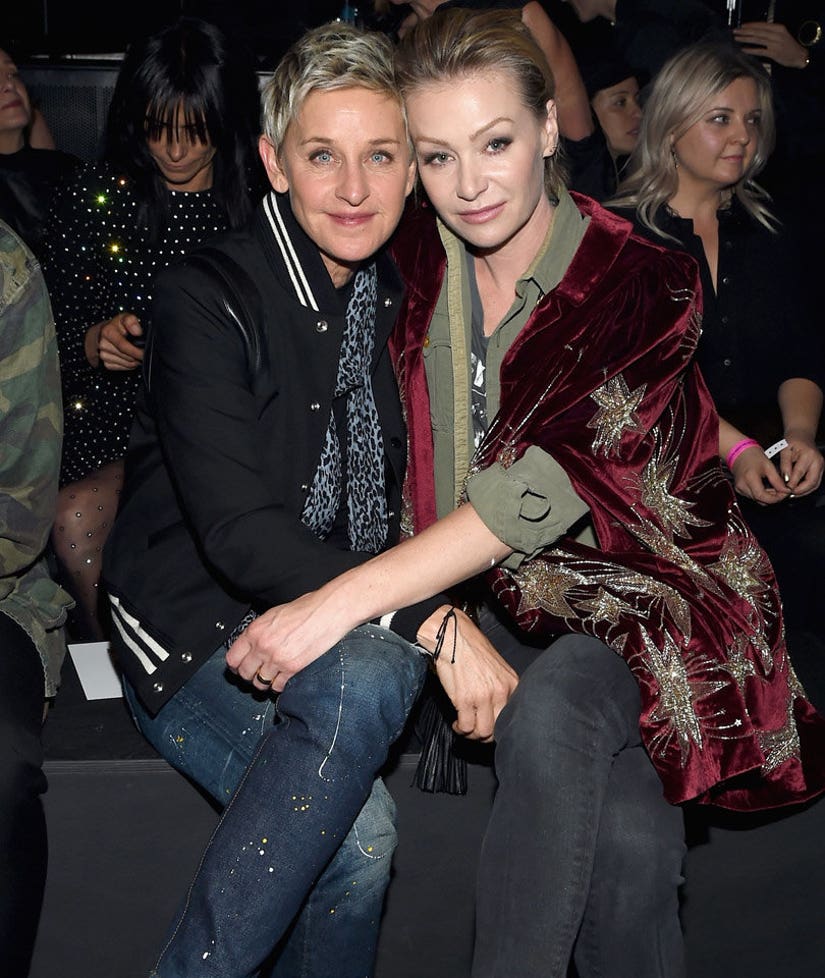 The talk show host opened up about reports that her marriage with Portia de Rossi was on the rocks during a new interview with People magazine.

When asked about the "best part" of being married to the "Ally McBeal" alum, Ellen says Portia is her best friend.

"There's no best part [about being married.] It's everything," DeGeneres explained. "I can't imagine not being married. I have my best friend, the person I want to spend time with more than anybody else in the world."

In fact, the 58-year-old feels extremely lucky that she has found a partner in de Rossi.

"Portia and I constantly say to each other, 'We are so lucky.' Sometimes it's lying in bed at night before I go to sleep, and I just say thank you to whatever, whoever is out there," DeGeneres admitted.

Of course, like all relationships, their marriage takes a little work. That's why Ellen says she always tries to go above and beyond for Portia.

"Our priorities are each other too," DeGeneres revealed. "If we had kids, then I'm sure they would be, but we are. And that's important."

What do you think about the "Finding Dory" star's candid comments? Sound off below and check out the gallery above to see more long-lasting celebrity couples!