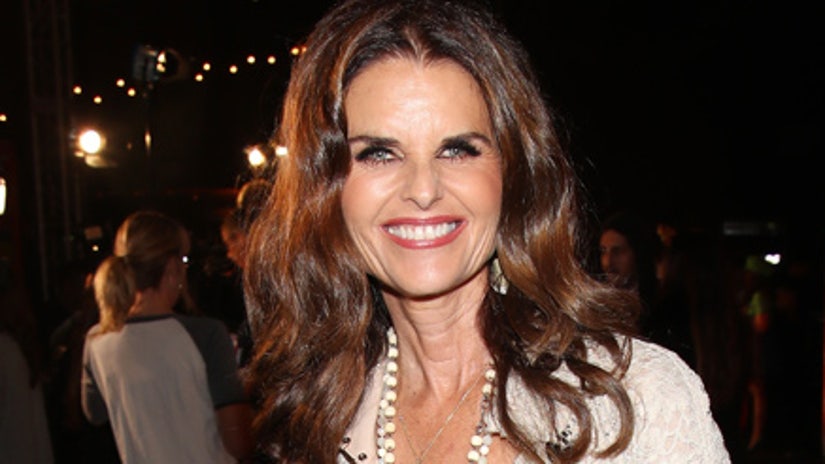 Maria Shriver wants you to vote!

The former First Lady of California has one important issue on her mind when it comes to the 2016 presidential election: What each candidate will do about Alzhemier's research.

The 60-year-old has been a long time advocate for families struggling with the disease after watching her father, Sargent Shriver, battle Alzhemier's before passing away in 2011.

We caught up with the mother-of-four at Seth Rogen's 5th Annual Hilarity for Charity Variety Show -- a benefit to raise awareness of the disease -- and got Shriver's take on all the drama surrounding the presidential election.

"I think nights like this make everybody step back and think about a disease that's really important," she told toofab's Candice Brock. "I think everybody should vote and they should vote for issues like Alzhemiers, and curing Alzhemiers and issues that matter to them."

"I'm excited that I have the right to vote and I hope everybody else is as well," she added.

While Shriver didn't get too political at the charity event, she hasn't been afraid to get vocal on social media. During the debates, she actively tweeted about her disdain for Donald Trump.

This is a bully. This is rudeness on display. I hope if our kids see this they know this is what a bully looks like. Teaching moment #debate

This man is so demeaning, the energy is coming thru the TV.
So condescending. #debate

To see Hillary Clinton's plan to end Alzheimer's, head over to her official campaign website. Trump hasn't yet offered specifics for his plan, but said it was a "top priority."

What do you think of Maria's candid comments? Sound off below!