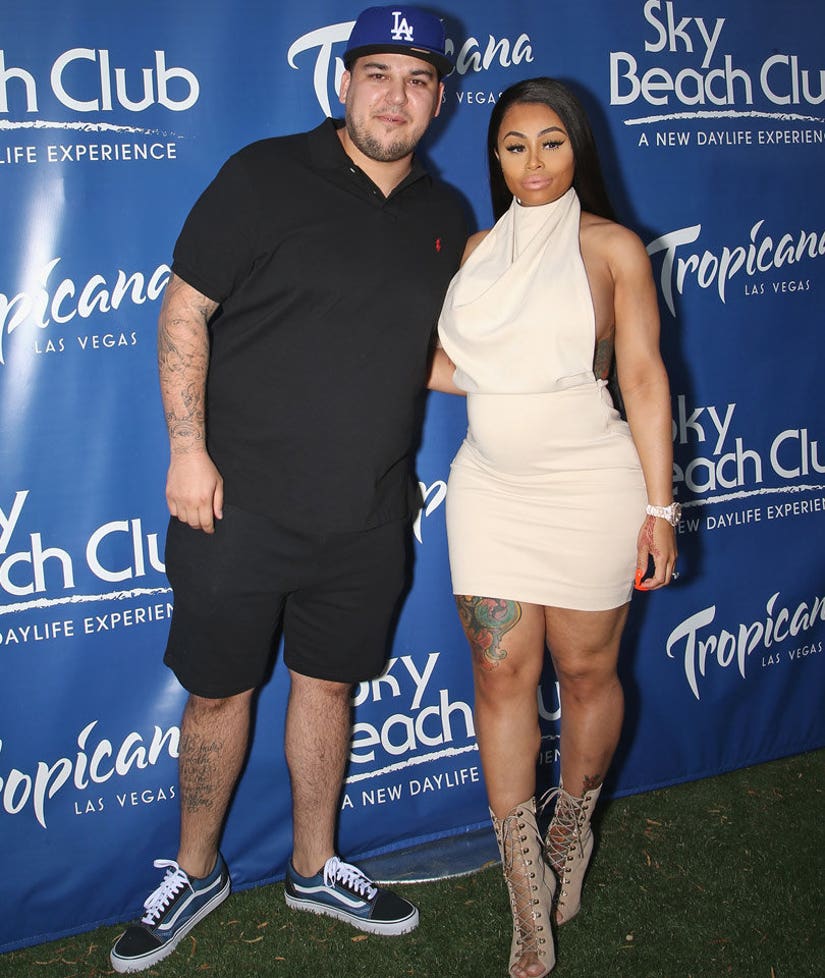 At least, that's what Rob Kardashian, who is expecting his first child with Blac Chyna, is hoping for.

The 29-year-old took to Instagram to reveal that just like pregnant fiancé, he plans to start losing weight as soon as the couple's baby arrives in four weeks.

"Oh yeah we snapping back lol,,, baby will be here in 4 weeks and I'm done with carrying this pregnancy weight," he captioned a split shot featuring slimmer versions of himself and Chyna. In the pic, Chyna flaunts her fit figure in an itty bitty bikini, while a trim Rob stands in profile in a muscle tank.

"me and my baby gonna be righttttttt ,,, MOTIVATION TIME‼" he continued. "we almost there Chy. F--K Chy looks so bomb here aghhhh."

Prior to expecting his first child, the "Rob & Chyna" star struggled with his weight, and was even hospitalized back in 2015 for his diabetes. In a recent episode of his reality show with his ladylove, he revealed that his nutritionist told him he was completely diabetes free.

"That's like the best news I've heard all year, literally," he told Chyna of the news.