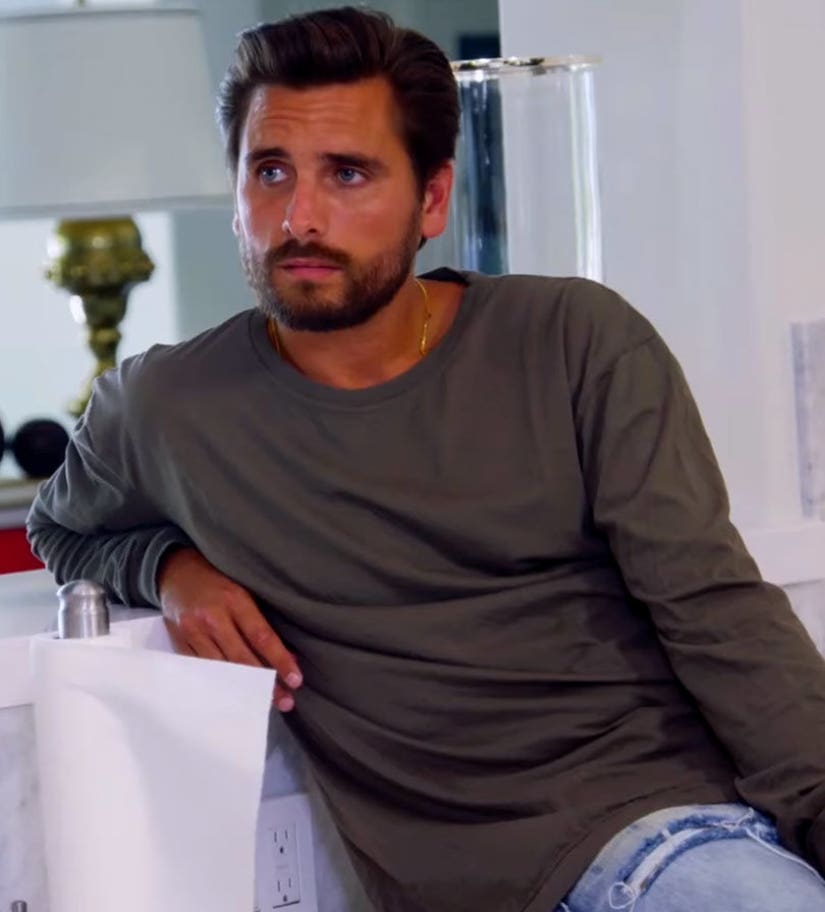 At least, that's the case for Scott Disick, who reveals he's uneasy about ex-wife Kourtney Kardashian and their three children being out of town for a prolonged period of time during a sneak peek at this Sunday's episode of "Keeping Up with the Kardashians."

“You know this is going to be the longest I'm way from the kids and Kourt, ever?" he tells Khloe Kardashian.

"I'm kind of anxious," he goes on to say when Khloe asks him how that makes him feel.

The 33-year-old then reveals he's going to try to keep himself occupied to distract himself from the fact that he is apart from his family.

"I'm supposed to do some appearances," Disick says. "I just think I want to book my time so I don't think about missing the kids and Kourtney."

But Khloe is worried that her sister's ex will do more than just miss his loved ones.

"But are you going to be on your best behavior?” she asks, clearly worried that he will get into trouble if he's making appearances at parties.

"No, I mean, it's hard to be on amazing behavior when you're at a nightclub or at a party," he admits.

Khloe then tries to gently convince to reconsider his plan of attack.

"You could go into your hobby of flipping houses," she suggests as a healthy alternative.

"I could work on my houses …" considers Disick. "I'm still going to miss the kids. I just feel like if I went to Europe and did some parties I probably would totally not think about anything."

Talking to the cameras, Khloe reveals exactly why she thinks Disick making nightclub appearances would be such a bad idea.

“In the past when Scott had downtime he would book parties and club appearances and nothing good ever came out of that,” she explained. "So for him to even be thinking of booking a club appearance again really has me worried."

Watch the video (above) to see Khloe's parting advice to Disick, and catch "Keeping Up with the Kardashians" Sundays at 9pm on E!