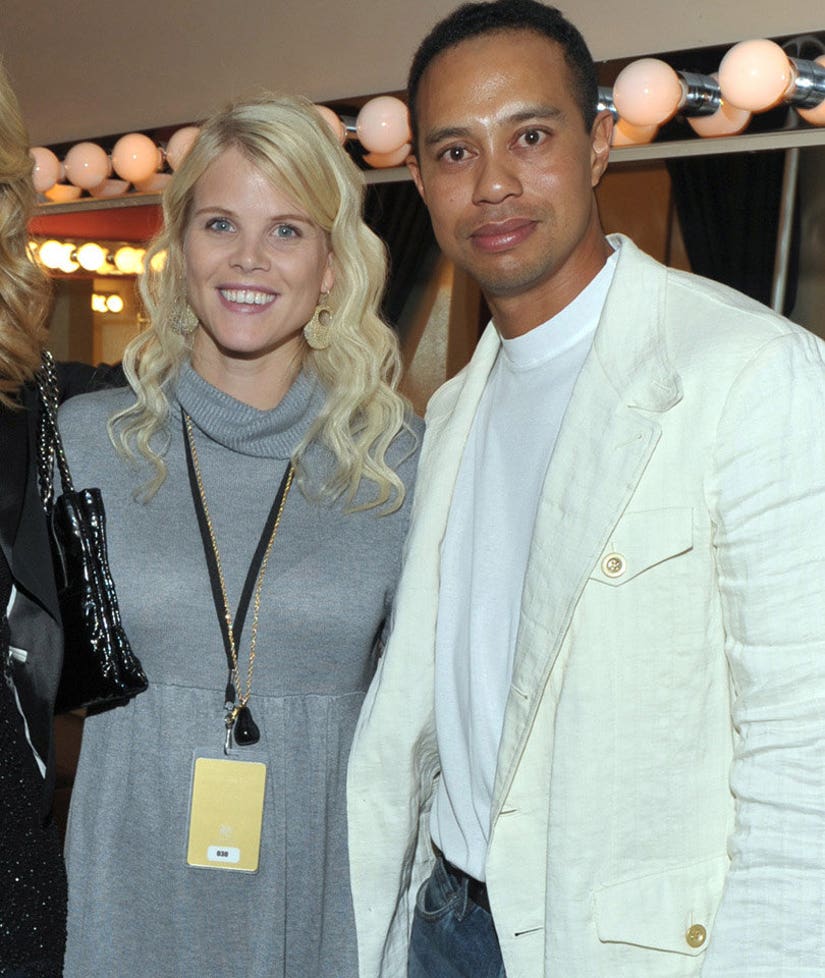 The 11-time PGA star stopped by "The Late Show with Stephen Colbert" on Thursday, where he opened up about his close relationship with his ex-wife, Elin Nordegren.

Though the high-profile pair split in 2010 after Woods reportedly cheated on Elin numerous times, it sounds like they've been able to put everything behind them.

"You told Time magazine less than a year ago that she is one of your best friends. How is that possible? Keeping your ex-wife your best friend, given how that ended, my friend," Colbert hilariously asked Tiger. "That's more impressive than being 11-time PGA Player of the Year. Honest to God, how do you do that? How did you guys work that out?"

"It becomes two simple things, OK? We have Sam and we have Charlie. And we love them so much that we are going to whatever it takes to make that work. That's how it happened," Woods responded with a laugh.

"She's been one of my best friends and I've talked to her about so many different things and she does the same thing with me back and forth," he explained. "We communicate so much better now, it's incredible. I wish we would have done that earlier on, but it's been incredible to have a best friend like that."

It's great to hear that Tiger and Elin have been able to set their issues aside to parent their two children -- what do you think about the pro golfer's comments? Sound off below and check out the gallery above to see more celebrity cheaters!