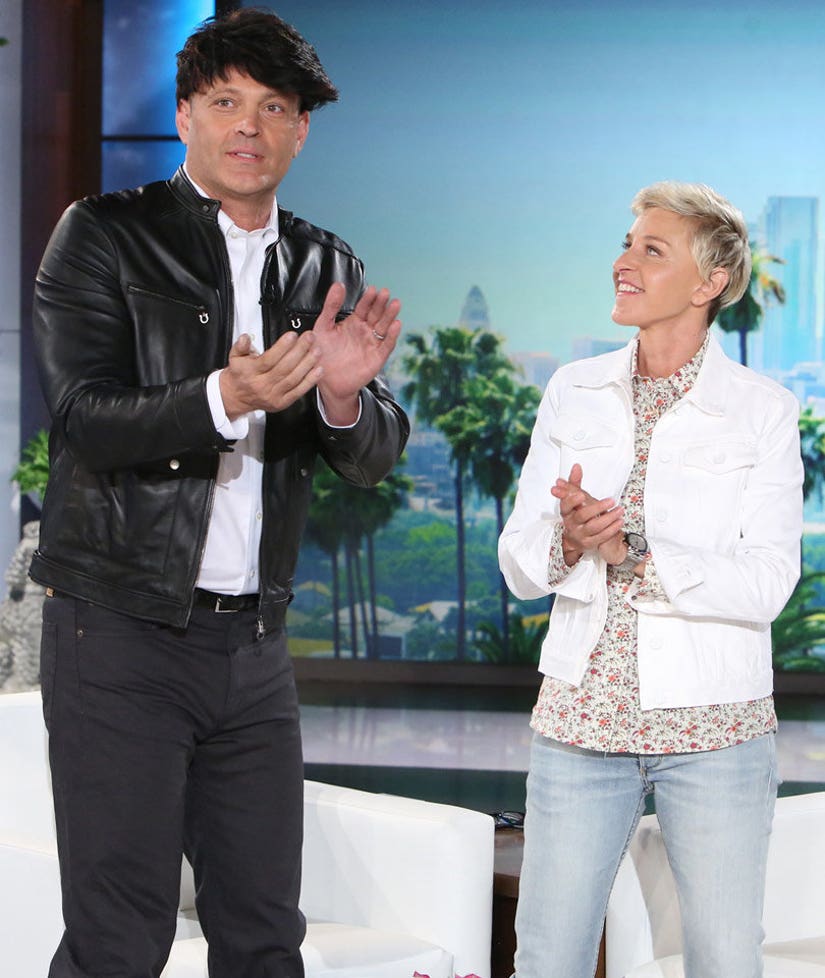 Vince Vaughn is wigging out!

The "Wedding Crashers" actor looked quite different from his usual self when he dropped by "The Ellen DeGeneres Show" on Tuesday sporting a thick brown wig.

But Vaughn, who claimed his new look was just a "great fall cut" couldn't fool DeGeneres, who quickly snatched the hair piece off of him to reveal his bald head.

The actor who first debuted the bald look back in September, revealed that he didn't exactly opt for the look.

"I shaved my head for a movie, completely clean," said Vaughn, who will rock the hairless look for the upcoming "Brawl in Cell Block 99," according to ET. "And now, thankfully – because you don't know at my age – it's growing back."

That's good news for the 46-year-old's daughter Lochlyn, who makes fun of her famous dad's current lack of hair.

"My daughter likes to humiliate me with it,” he confessed. "I take her to her kindergarten at which point she will pull off my baseball cap and say, 'Ha ha ha, look who doesn't have any hair.'"

As for whether or not he will go for a new look as his locks grow back—like, say, his shaggy wig—Vaughn told DeGeneres that it's "unclear" whether he will switch up his look.

Watch the video to get a good look at the actor's hilariously bad wig and to learn about his upcoming role in "Hacksaw Ride," which hits theaters November.