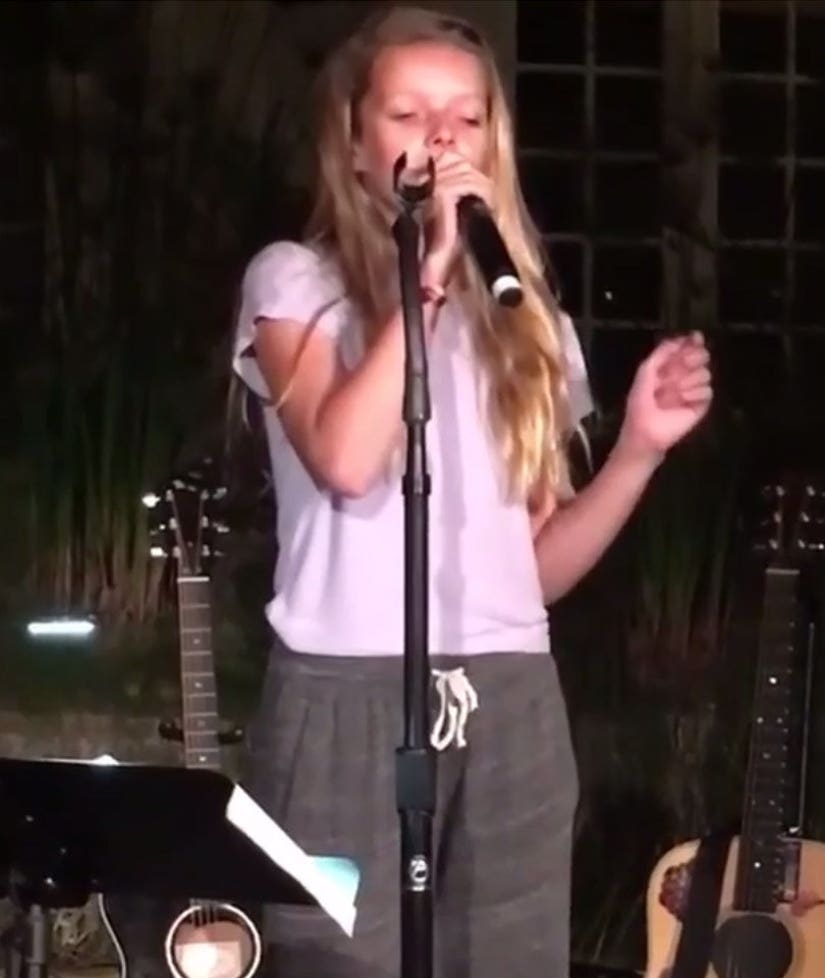 The Apple doesn't fall far from the tree!

Chris Martin and Gwyneth Paltrow's daughter, Apple, joined her famous father onstage over the weekend during a Boys and Girls Club fundraiser in Malibu.

The blonde beauty gave her best rendition of Ariana Grande's "Just a Little Bit of Your Heart," while her famous dad accompanied her on piano for the sweet father-daughter performance.

Both kids kept it casual for their acts, with Apple rocking cozy-looking sweatpants and Moses sporting a purple hoodie and backwards baseball cap.

This isn't the first time the kids have joined their famous father onstage; back in June, the siblings sang backup vocals during Coldplay's tribute to the band members of Viola Beach, who died in a tragic car accident.

Martin and Paltrow finalized their divorce in April 2015, after announcing that they were opting for a "conscious uncoupling" more than a year before the split was official.

The pair has remained amicable despite their split, and even vacationed together along with their kiddos.

"It's painful, it's difficult, it might be easier to say, 'I never want to see you again,' but what good does that do anyone?" Paltrow said of the split in an interview with Harper's Bazaar U.K. back in 2014. "We've made a lot of mistakes, and we''ve had good days and bad days, but I have to say, I'm proud of us for working through so much stuff together—and not blaming and shaming."