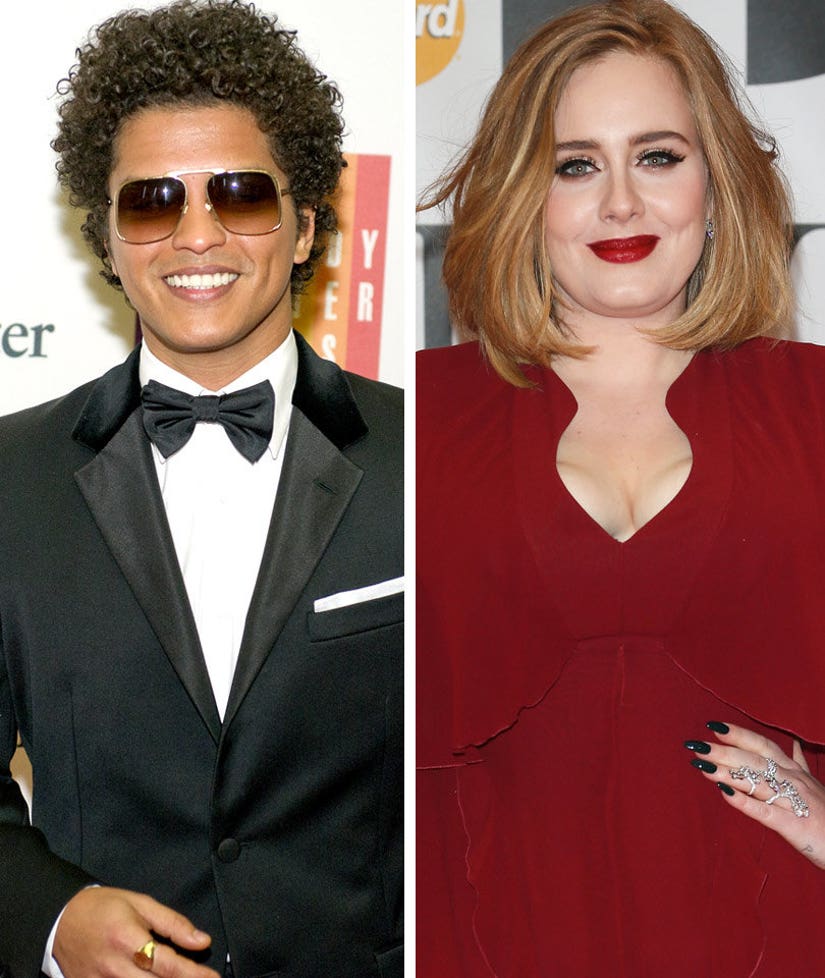 Bruno Mars is one candid crooner.

The "Uptown Funk" singer dropped by the Cubby & Carolina Bermudez in the Morning show on Tuesday, where he held nothing back while discussing his recent collaboration with Adele on "All I Ask."

"She walks into the studio and she's got all this attitude," the singer told the hosts when asked what it was like to work with the "Chasing Pavements" singer.

"She's a diva. She's like, 'I don't want to do this. I don't like that,'" continued Mars, who co-wrote "All I Ask" with the songbird. "Then, as soon as we hit a couple chords that she liked, we started rolling—and that's where we got that song from."

But even though Adele may not have made the best impression on Mars when she first rolled into the studio, he quickly warmed up to the Grammy winner.

"She's incredible. There was a moment when she was singing in the booth—I'm not exaggerating at all—and the water was vibrating," the 31-year-old gushed. "Like, you know, that scene in 'Jurassic Park'? She's got some pipes on her, and she's just a superstar."

And as if his complimentary comments weren't enough to prove that he does indeed like the Brit babe, then perhaps the fact that he's jumping at the chance to perform "All I Ask" onstage with her is.

Watch the interview (above) to see what other artist Mars is dying to work with.

What do you think of Mars' comments about Adele? Sound off in the comments!