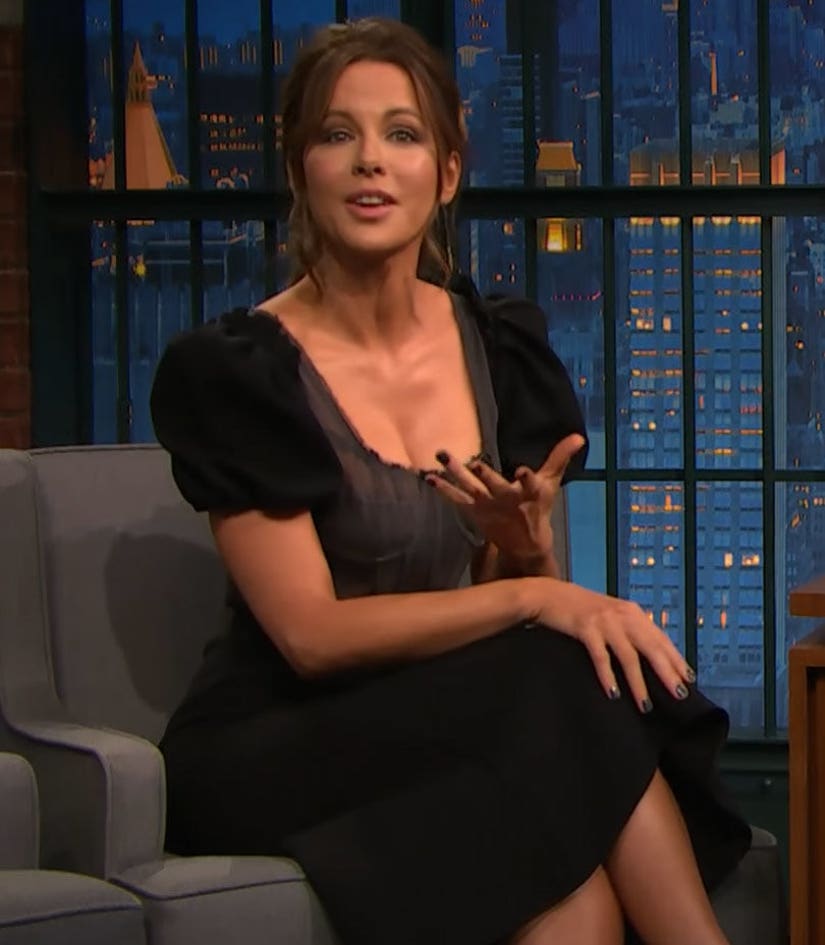 Kate Beckinsale is quite the artist—at least when it comes to arranging produce into penis-like shapes!

Yep, the "Underwold" actress revealed her bizarre creative side when she dropped by "Late Night with Seth Meyers" on Wednesday.

"You're an artist of sorts," said Meyers, while showing off pics or her artwork, which features everything from the obvious banana to the unexpected chive.

"It's like my bat sign," said Beckinsale, who confessed to leaving her arrangements for friends and co-stars. "People know I've been there if their fruit bowl has been rearranged."

But the 43-year-old also admits that her penchant for penis art has gotten her—or rather her young daughter—into trouble.

The brunette beauty absentmindedly doodled a penis on her daughter Lily's homework and, needless to say, her child's 6th grade teacher was not impressed. Little Lily, who got in trouble for the "inappropriate" sketch, then had to out her mother for the dirty doodle.

This was Beckinsale's first interview since her husband Ken Wiseman filed for divorce earlier this week. The couple, who wed in 2004 and share no children, appears to have had a troubled marriage since November of last year.