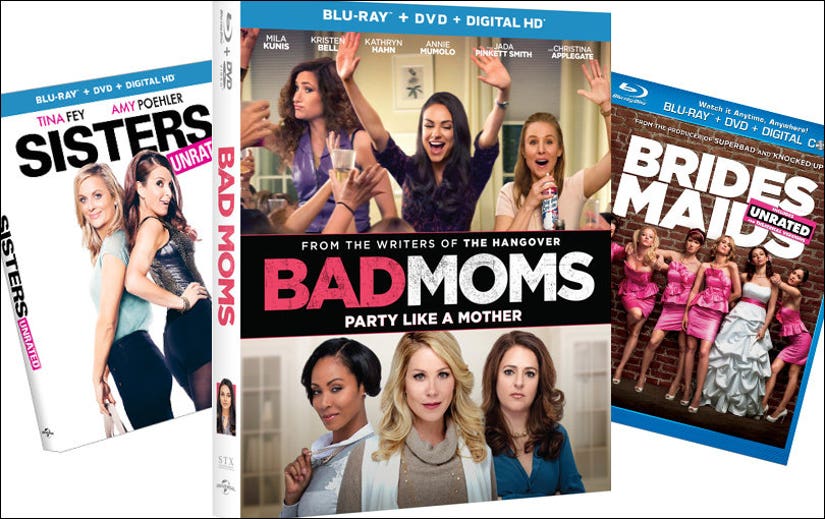 They may be "Bad Moms," but they're at the center of one very good giveaway!

To celebrate the Blu-ray, DVD and On Demand release of "Bad Moms" on November 1, we're giving away three Blu-ray combo packs of the film -- and sweetening the deal with copies of the hilarious "Bridesmaids" and "Sisters" too!

In this hilarious and heartfelt comedy from the writing duo behind The Hangover, Amy (Mila Kunis) has a seemingly perfect life – a great marriage, over-achieving kids, beautiful home and a career. However, she's over-worked, over-committed and exhausted to the point that she's about to snap. Fed up, she joins forces with two other over-stressed moms (Kristen Bell and Kathryn Hahn) on a quest to liberate themselves from conventional responsibilities – going on a wild, un-mom-like binge of long overdue freedom, fun and self-indulgence – putting them on a collision course with PTA Queen Bee Gwendolyn (Christina Applegate) and her clique of devoted perfect moms (Jada Pinkett Smith and Annie Mumolo).

The Blu-ray includes deleted scenes, a gag reel and a selection of interviews with the stars of the film and their real-life mothers.

"Bad Moms" is available on Digital HD now. Enter below for your chance to win!