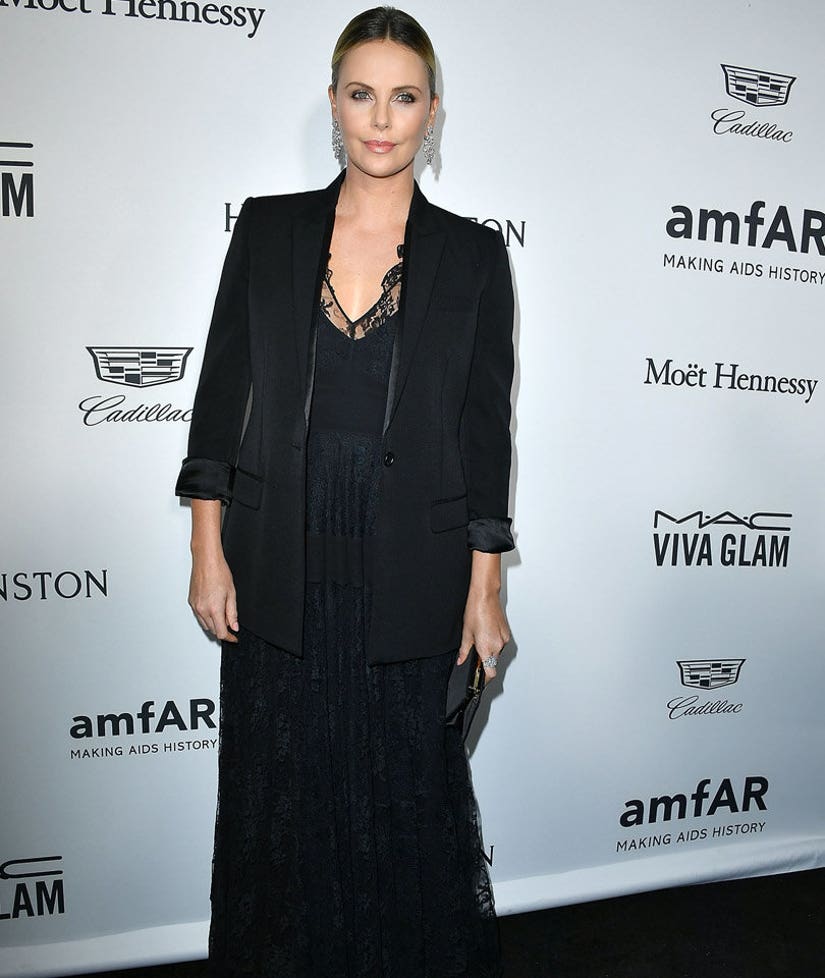 "Yes, I am very fat right now," the 41-year-old said at the event, according to E! News, after Chelsea Handler joked about the actress' weight gain for a role.

Theron, who layered a figure-obscuring blazer over her floor-length frock, gained 30 pounds to play a mother of three in the upcoming film "Tully."

The blonde beauty is no stranger to drastically transforming her appearance for the big screen, having shaved her head for "Mad Max" and packed on 35 pounds for her role in "Monster" in the past.

And seeing as she picked up an Oscar for her Best Supporting Actress for the latter film, it's safe to say she sees the worth in dramatically changing her appearance for a role.

Theron was honored for her work in fighting AIDS at the event, where the "Young Adult" star also took the time to get serious when speaking about the deadly disease.

"We need big bold messages to fight apathy in our governments and in our own communities," said Theron, whose Charlize Theron Africa Outreach Project works to fight the disease. "And if we're going to end stigma, we're going to have to check our own biases and ask who are we missing when we talk about end AIDS?"