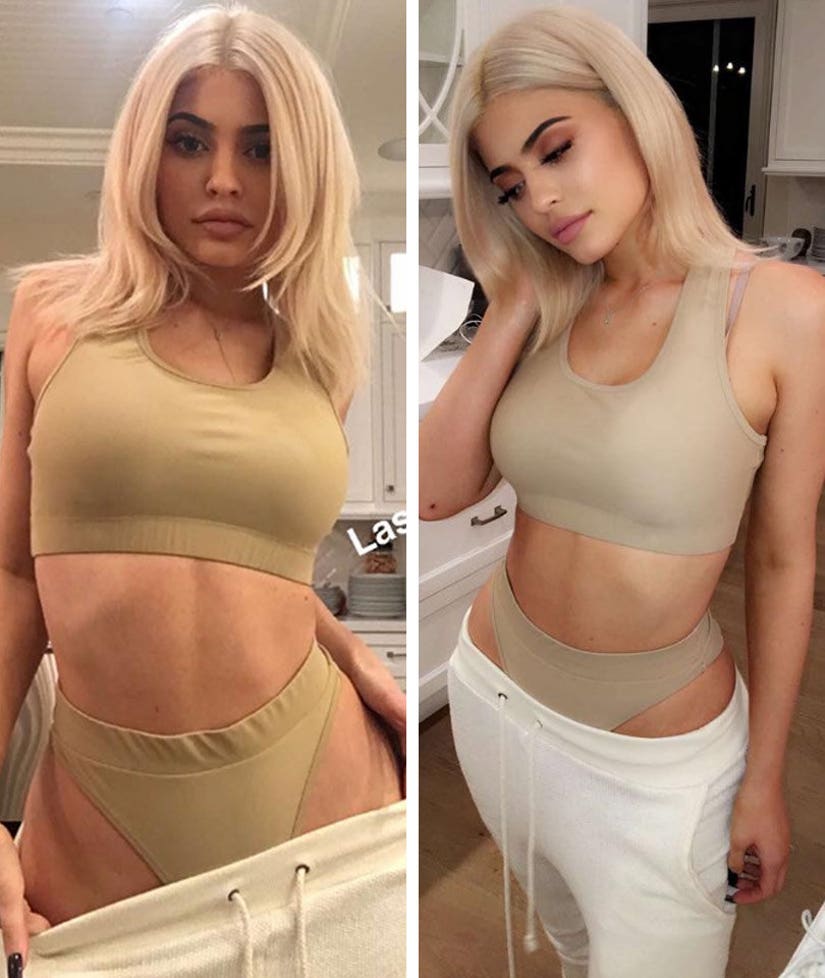 Things heated up in Kylie Jenner's kitchen—and not just because the 19-year-old was cooking up a batch of lasagna.

The "Keeping Up with the Kardashians" star took to Snapchat to reveal that she skips the apron when cooking the traditional Italian dish, and instead opts for a nude bra and underwear.

In a series of clips, Kylie wears the revealing flesh-colored set from Sorella as she preps the dish.

And while she does offer a close-up of a foil covered pan in the oven with "Lasagna" written underneath it, she also emblazons the word on her backside ... and next to a shot of her pulling her white drawstring pants down to show off her high-waisted panties.

Seems like a pretty hygienic way to cook a meal!

The series of Snaps documented the makeup maven's girls night in with bestie Jordyn Woods.

"Me and Jordy are making lasagna," Kylie tells her followers as the pair smolder for the camera.

The BFFs also cooked up oatmeal cranberry cookies but Kylie saved her sultry kitchen posts for the main dish rather than the dessert.

What do you think of Kylie posing in her underwear while cooking up diner? Hot or weird? Sound off in the comments!