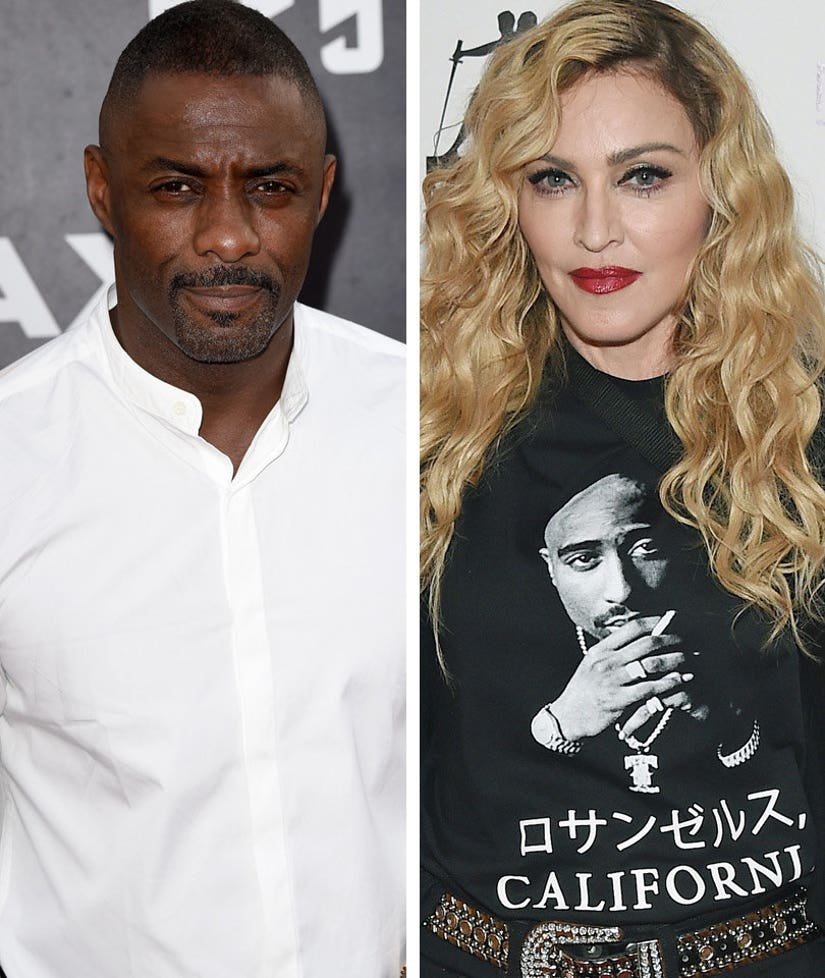 Idris Elba has no time for nonsense ... and has a NSFW way of showing it. Warning: explicit language below!

The actors took to Twitter to shut down rumors that he's struck up a romantic relationship with Madonna.

Speculation first surfaced when "The Jungle Book" star arrived at the same party (at the same time) with the 58-year-old "Ghosttown" singer on Friday. The two were spotted at M restaurant in London, England.

After photos surfaced of the stars out at the same event, Elba made sure to shut down any sort of relationship hearsay on social media.

Am I sleeping with Madonna? No motherfuckers... "Don't believe the Hype".

So, that puts that to rest, right?

What do you think about the 44-year-old's reaction? Sound off below and check out the gallery above to see more surprising (and legit) celebrity couples!