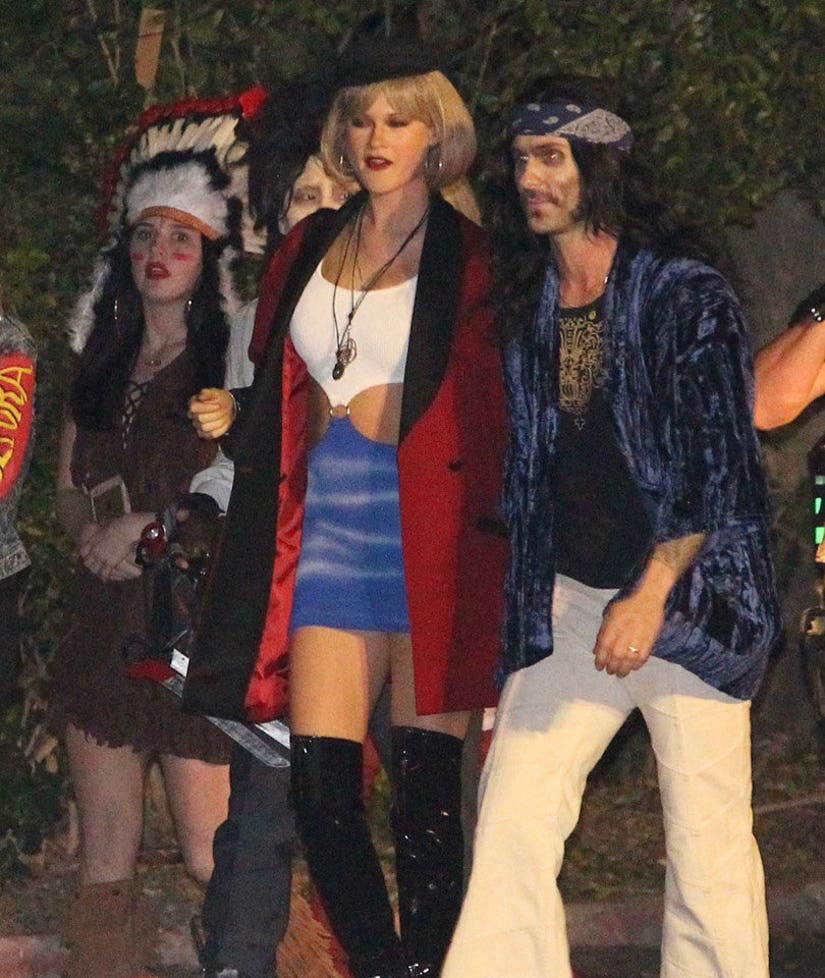 The new mama showed off her killer post-baby bod when she hit up the annual Maroon 5 Halloween Bash with hubby (and host) Adam Levine on Monday night.

Dressed as Julia Roberts' character in "Pretty Woman" -- complete with the leg and ab-baring dress the actress wears in the movie -- the Victoria's Secret Angel proved she had no trouble bouncing back into shape after welcoming daughter Dusty Rose into the world in September.

And that wasn't the only figure-hugging costume the model donned. The 27-year-old kicked off her Halloween Festivities on Friday night when she attended a Red Hot Chili Peppers concert at the KROQ Halloween Costume Ball in a skintight cheetah get up.

The figure-flaunting costumes are a change from the loose-fitting sweater she wore when enjoying her first girls night out shortly after giving birth.

"After 3 weeks of breastfeeding every 3 hours, no sleep and nursing my nipples back to life lol, I left the house to see my girls for dinner," Prinsloo captioned her laidback look. "Life is beautiful, can't believe how lucky I got."

Proud Papa Levine, who dressed as Led Zeppelin's Robert Plant on Monday night, echoed his ladylove's sentiments on parenting when he stopped by "On Air With Ryan Seacrest" shortly after becoming a father.

"I don't know anything. But it's kind of part of the beauty of it, honestly," the 37-year-old said. "There are a lot of instincts, a lot of things that kind of kick in and switch on. It's a beautiful experience."