Fashion never takes a day off, especially for Halloween.

The stars got all decked out for this year's spooky festivities ... and while some celebs got very creative with their looks, others gave us quite a scare for their lack of effort.

To help up break down this year's most buzzworthy costumes, we enlisted the help of Starz's "Ash vs. Evil Dead" star Dana DeLorenzo, who definitely knows a thing or two about what goes into a killer look.

Let's start with Beyonce, who proved she's just as good at Halloween as she is award show performances.

The singer and adorable 4-year-old daughter Blue Ivy threw it back to the '80s by paying homage to Salt-N-Pepa's 1986 music video for "Push It". Bey and Blue looked awesome in their spandex, as the 35-year-old's mama, Tina Knowles, completed the family affair.

As DeLorenzo pointed out, they don't call her "Slayonce" for nothing!

Katy Perry also went all out with her costume at Kate Hudson's annual Halloween party ... but did she takes things a little too far?

It's no secret that the "Firework" singer is a major Hillary Clinton supporter, but Katy took her admiration to a new level when she donned prosthetics and a red suit to transform into the politician.

The 32-year-old also brought along a secret service detail, had Bill Clinton on her arm and enlisted boyfriend Orlando Bloom to don a Donald Trump troll suit. While Katy gets major points for commitment, our panel just couldn't get past how creepy she looked in all the prosthetics!

Like Katy, "Arrow" stud Colton Haynes was unrecognizable as Miss Piggy, who he turned into a plastic surgery-loving mess. While he's no stranger to major transformations for the holiday, he one-upped even himself by sporting a blond wig, pig snout, overdone lips and gigantic breast implants.

Our panel couldn't make up their minds about his over-the-top costume, so we'll let you be the judge on this one!

Watch to see our panel rate more of this year's best and worst Halloween looks -- and check out the gallery below to see even more celebrity costumes!

And be sure to watch "Ash vs. Evil Dead" Sunday nights on Starz. 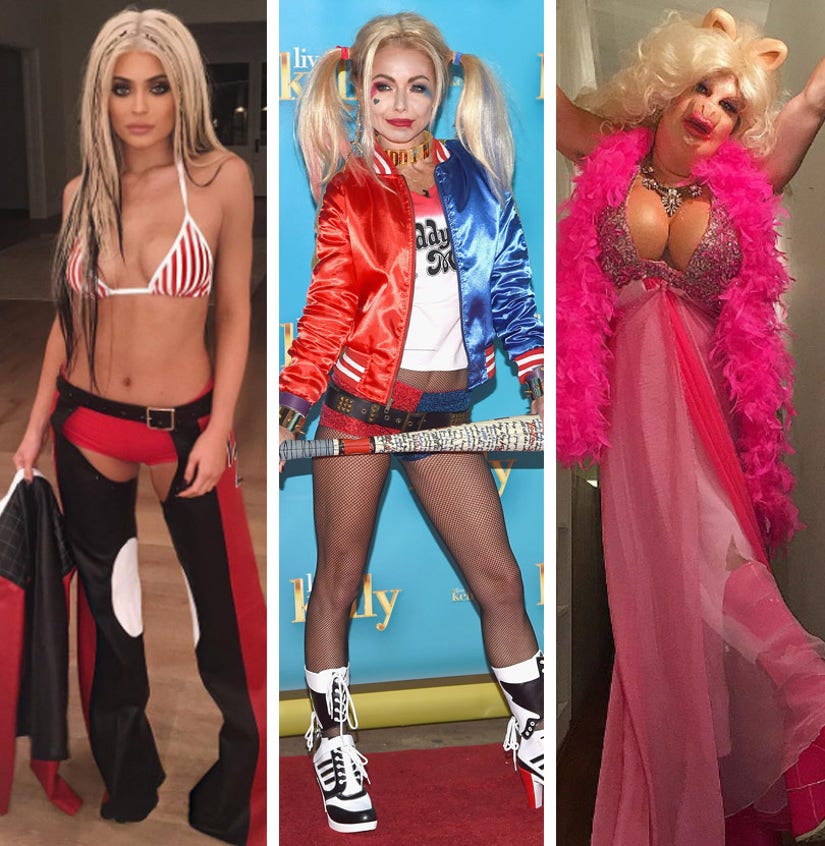