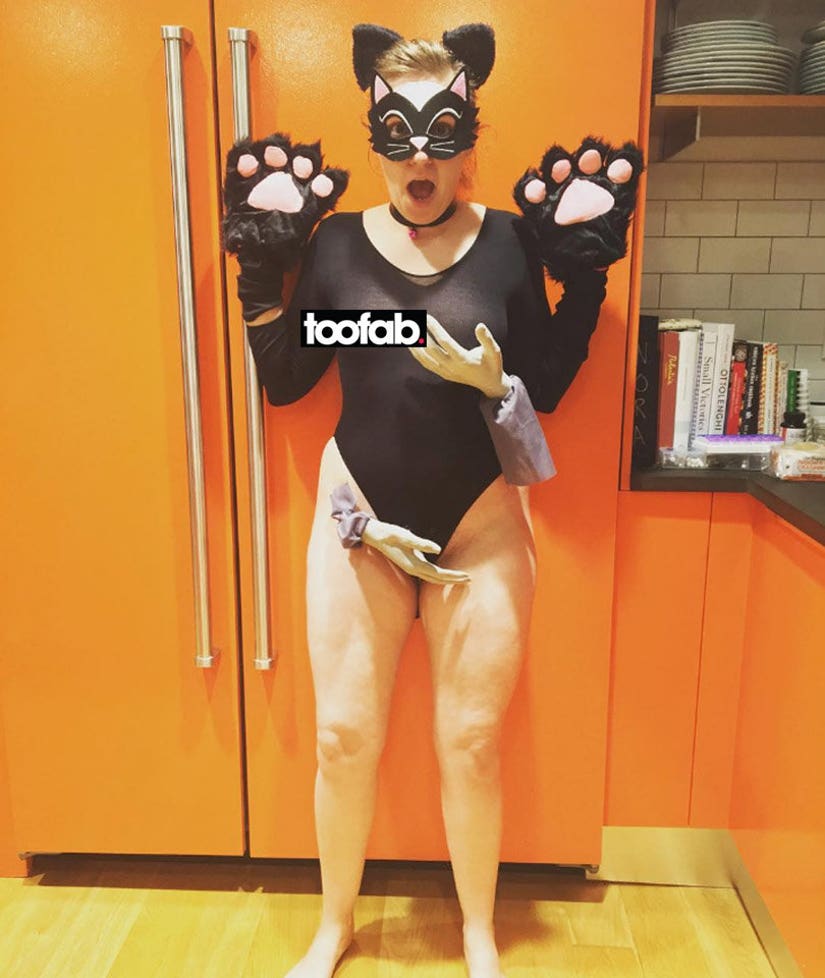 Lena Dunham certainly knew how to grab our, ahem, attention on Halloween.

The "Girls" star took to Instagram to share a shot of her "grabbed p---y" costume, which was sure to make her followers pause for a doubletake while scrolling through their feeds.

"Happy Halloween! With love from a Grabbed P---y," the 30-year-old captioned a shot of her dressed as a cat and getting her genitals and breasts groped by plastic hands.

Her costume, of course, was in reference to leaked tape of presidential candidate Donald Trump making lewd comments about making unwanted sexual advances on women.

This isn't the first time Dunham has commented on Trump's controversial remarks. Shortly after the tape was leaked, she took to Instgram to share her thoughts on the matter.

"What if we had a president who thought that it was okay to 'grab 'em by the p---y?' What if that was really the person tasked with leading out nation?" she wrote. "What if every woman in America's heart broke, all at once, because her country proved her body and her agency were worthless to them? What if that happened next month?"

Dunham is an avid supporter of Hillary Clinton, having campaigned for the candidate and penned an essay for Time explaining why she's voting for the Democratic candidate.

What do you think of Dunham's statement-making costume? Sound off in the comments!