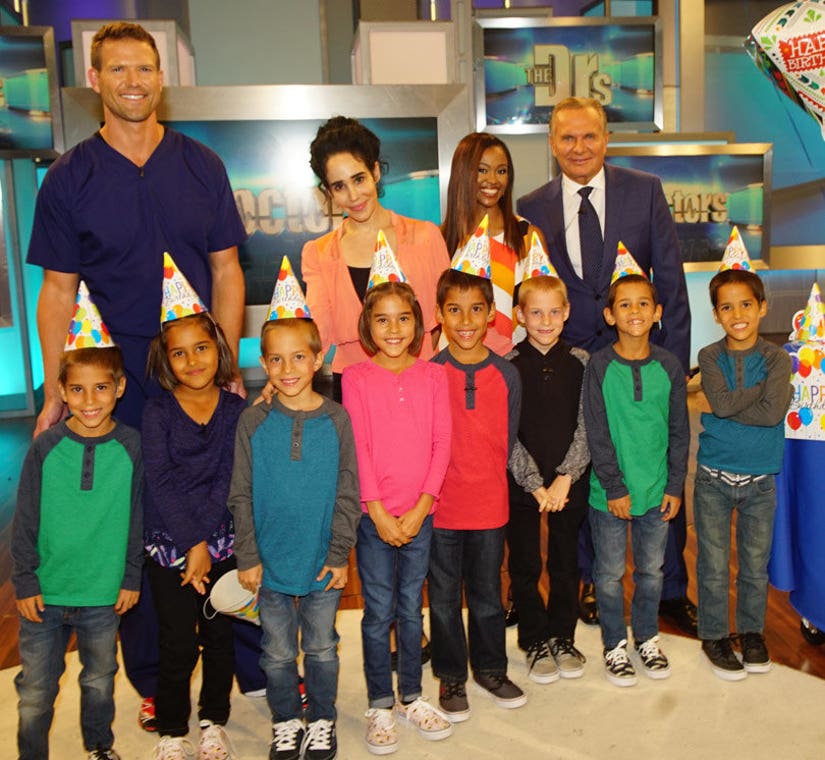 Nearly 8 years ago, Nadya Suleman became notorious for having octuplets ... and following up their birth with a string of sex tapes, nude photo shoots and bad decisions.

Suleman, who now goes by the name Natalie to herself from the "Octomom" moniker entirely, appears on Tuesday's episode of "The Doctors" -- where she reveals why she left it all behind.

"My history was haunting us. I left Octomom. I went back to my life as a counselor, I went back to make sure my kids had a happy, healthy life," she explains to the show's hosts. "I knew it was directly hurting my family. I had to protect them, I'm very very protective."

"I'm still in the process of pulling my self worth out of the toilet, I flushed it down multiple times," she says of her past, which also included time as a stripper. "Like all human beings, we make mistakes and we learn, we grow, we change."

She went on to explain how the "cycle of exploitation" she put herself through caused her to self-medicate with drugs. These days, she says she's clean.

"When I was violating my own core values and boundaries, there's going to be some kind of repercussions. I had to emotionally numb with a mood altering substance in order to continue that," she reveals. "It was poisonous, horrible, detrimental to me. I walked away from what was causing me to use it. I was repeating violating my own self, I was living a life incongruent to what I believed in, my value system."

Suleman, 41, adds that she takes accountability for "being dumb and irresponsible and selfish" with her desire to have so many children at once. She says she has no desire to "burden" tax payers by being on welfare and adds she is working hard to support her 14 children.

Yes, she has six other children in addition to the octuplets.

"I own and take responsibility for my poor choices, but it doesn't take away from how extraordinary these kids turned out to be," she says.

The kids then came out to prove how well-adjusted they are, as Noah, Maliyah, Isaiah, Nariyah, Jonah, Makai, Josiah and Jeremiah all stepped out on stage to greet the hosts.

When asked what they think of their mama, one of Natalie's children replies, "She does a great job."

Check out the video below to see the children get an early surprise for their eighth birthday, which actually happens in January.

To see more from Suleman, check local listings to see when "The Doctors" airs in your neck of the woods!