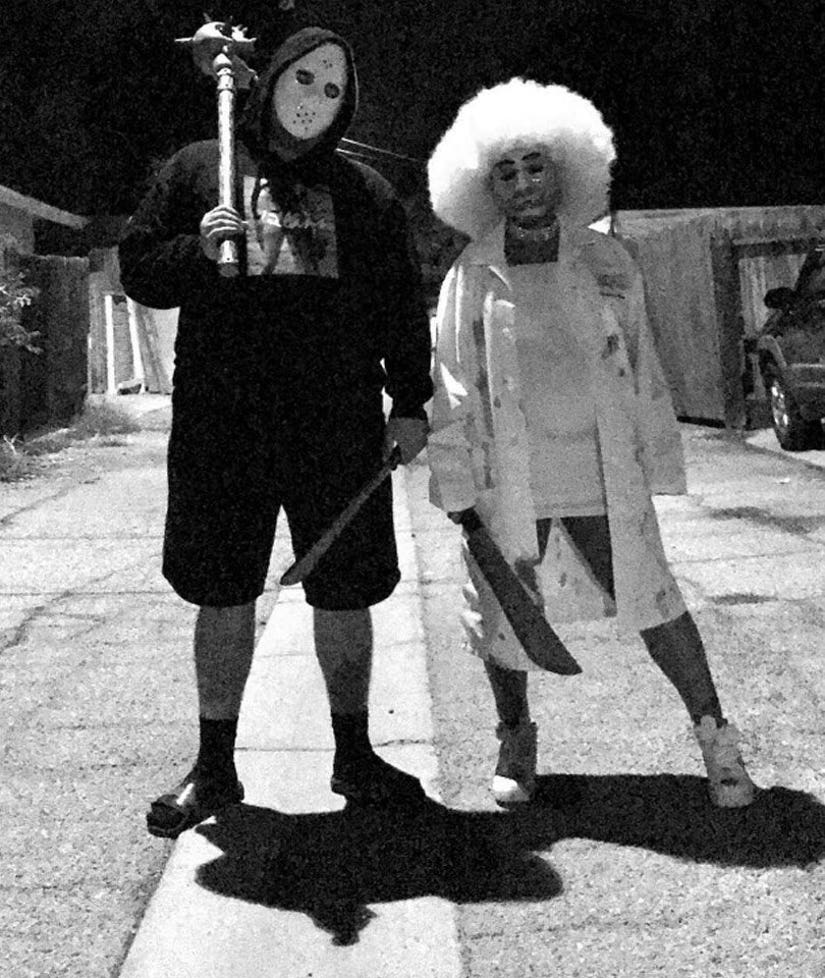 These costumes may give you the willies.

Rob Kardashian and and pregnant fiancé Blac Chyna got into the Halloween spirit on Monday night by dressing up as characters from the "Purge" franchise.

The future Mrs. Kardashian wore a white, blood-stained lab coat, a form fitting white dress highlighting her expanding baby bump, and a pair of high-top trainers. Chyna accessorized her terrifying ensemble with an oversized blond afro, a bloody knife, and a diamond collar.

Rob gave us a rare glimpse of himself as well in the pic, which showed him sporting a Jason Voorhees-esque hockey mask. He finished off the look with shorts, a black graphic hoodie, a mace and his trademark flip-flops.

Creepy as they may be, the parents-to-be definitely appeared to be enjoying themselves. "Find somebody that's just as crazy as you," Chyna captioned the pic above.

She also shared several videos of herself dancing around maniacally for good measure.

But Rob and Chyna weren't the only members of the Kardashian-Jenner clan celebrating last night. Kylie Jenner took to Snapchat to show off her mom Kris Jenner's sexy Alice In Wonderland costume.

The "Keeping up with the Kardashians" matriarch flaunted her fit figure in the curve-hugging ensemble, which she paired with sheer tights and a pair of black pumps.

Kourtney Kardashian and baby daddy Scott Disick also spent the day together with their children. The former couple, plus kids Mason, Penelope and Reign all dressed as the Avengers.

See our full breakdown of this year's costumes -- as we talk our favorites and a few we didn't care for with **"Ash vs. Evil Dead"** star Dana DeLorenzo -- in the video below!