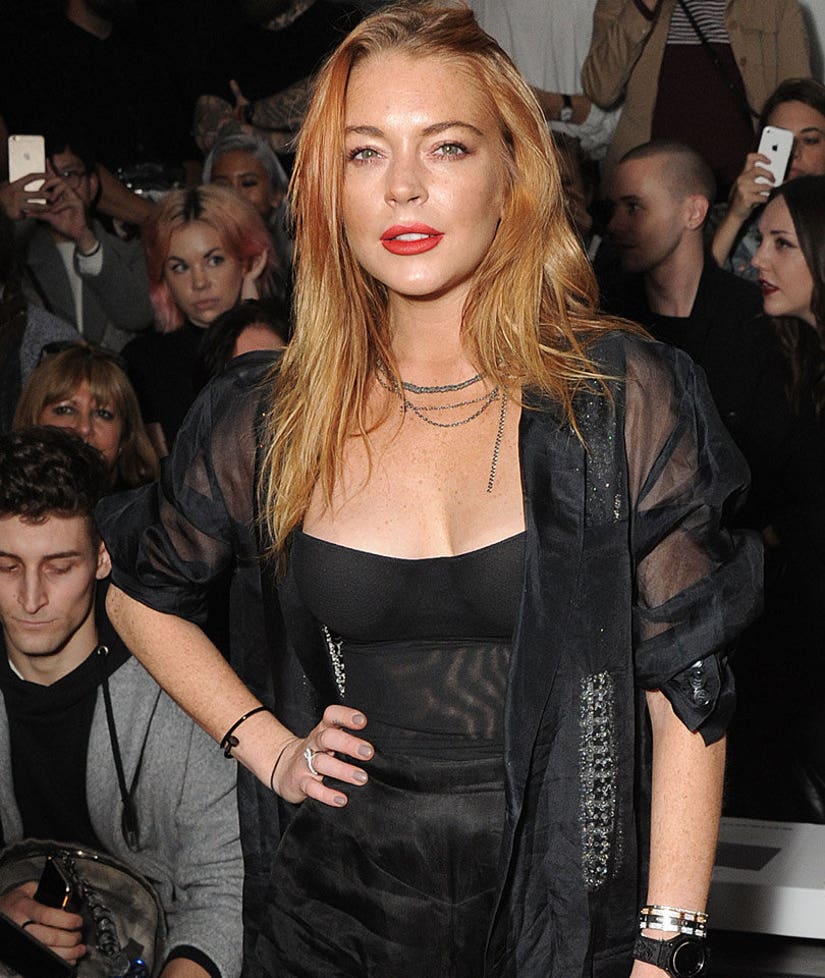 Lindsay Lohan has a new accent—and it's not for a new role.

The "Mean Girls" star set tongues wagging when an on-camera interview at the October opening of her Greek nightclub surfaced on Tuesday.

In the video, the 30-year-old sounds remarkably different from the American we've come to know since her "Parent Trap" days, and the Internet lost it over her new accent.

instead of retweeting things that make me mad, i'm going to close my eyes and imagine lindsay lohan saying my full name in her new accent.

I hope Lindsay Lohan is recording a new single with that accent.

But the actress isn't denying that she has a new way of talking; on the contrary, she offered up an explanation for her bizarre new voice.

"It's a mixture of most of the languages I can understand or am trying to learn,” she revealed to the Daily Mail. “I've been learning different languages since I was a child."

"I'm fluent in English and French, can understand Russian and am learning Turkish, Italian and Arabic," she continued.

But if she's known some of the aforementioned languages since she was a child, while has this new accent suddenly emerged?

Perhaps her residing in London could have triggered it? Or maybe the fact that she's recently spent time visiting Syrian refugees in Turkey could have something to do with it?

Whatever the case, the actress doesn't appear to mind the fact that people are calling her out for sounding different. She's seemed to embrace her new way of speaking, and even took to Twitter to joke about it:

"@DailyMailUK what should I call me new accent?" she wrote. "I'm thinking #LILLOHAN."

Catch the “LILLOHAN” in action in the video (above) and tell us what you think of the her new accent below!