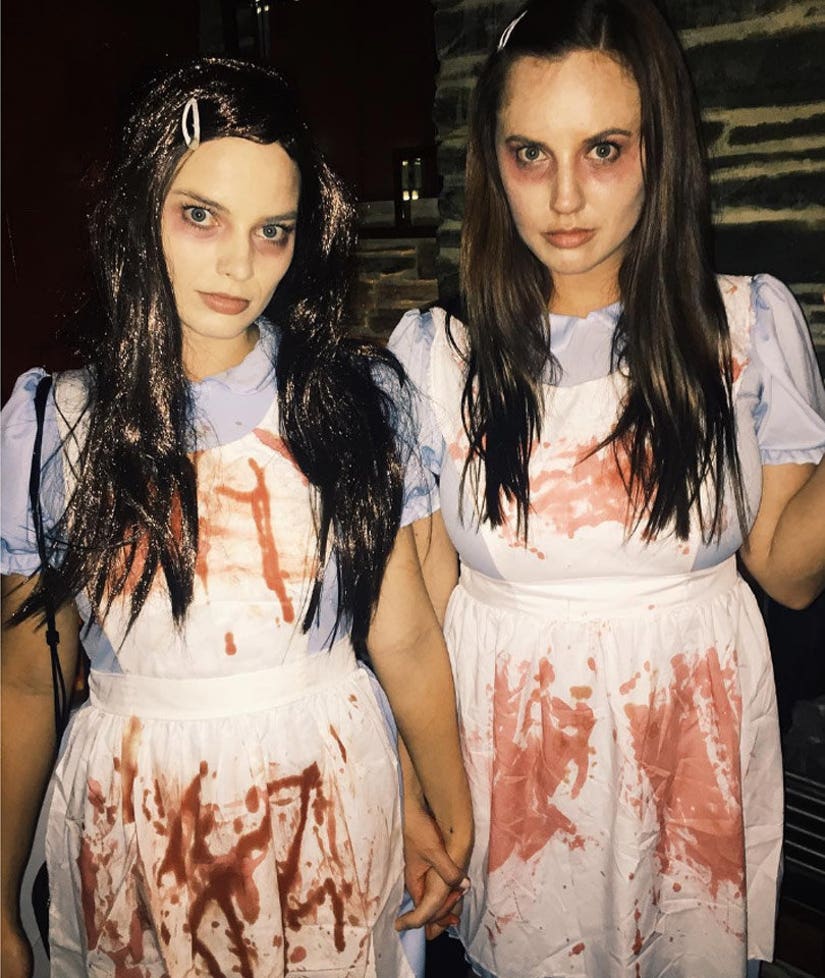 Her Harley Quinn character from “Suicide Squad” was one of the most popular costume choices this Halloween.

But while everyone else was imitating Margot Robbie's big screen take on the comic book character, what did the blonde beauty dress up as for the holiday?

Like her fans, the 26-year-old opted for a cinema-inspired get-up when she teamed up with longtime pal and assistant Sophia Kerr to recreate the creepy twins from "The Shining" as their costume.

"Come play with us," Kerr captioned an Instagram shot of the pair dressed in matching bloody pinafore dresses.

The BFFs held hands as they stared into the camera with eyes that had been rimmed with dark circles.

Kerr, a former blond, revealed she conveniently dyed brunette locks via Instagram a few weeks before Halloween, while Robbie sported an obvious wig for the duo's take on the scary siblings.

Her transformation into one of the film's Grady daughters was undoubtedly less intense than the work she put into becoming Harley Quinn.

The "Wolf of Wall Street" actress revealed in an interview with the Washington Post that director David Ayer really pushed her and the film's other actors to really explore themselves to bring their characters to life.

"It's uncomfortable at first, and you have to go pretty deep, and you do feel very exposed and vulnerable, but the direction he gives, as a group, we've all gone that deep, we've all kind of exposed ourselves to each other, it's incredibly effective, his way of directing,” she revealed.

She also admitted that filming certain scenes, like the one in which Harley Quinn bleaches her skin in a vat of chemicals, proved rather challenging.

"That chemical (scene) was the most unpleasant thing I've ever done in my entire life," she said laughing. "So that was definitely my least favorite. It was like this gluggy paint stuff that was so far in my ears and up my nose, and I was choking on it underwater, and I couldn't breathe, and I tried to open my eyes, and it would glaze over my eyeballs, and I could only see white. It was horrible."