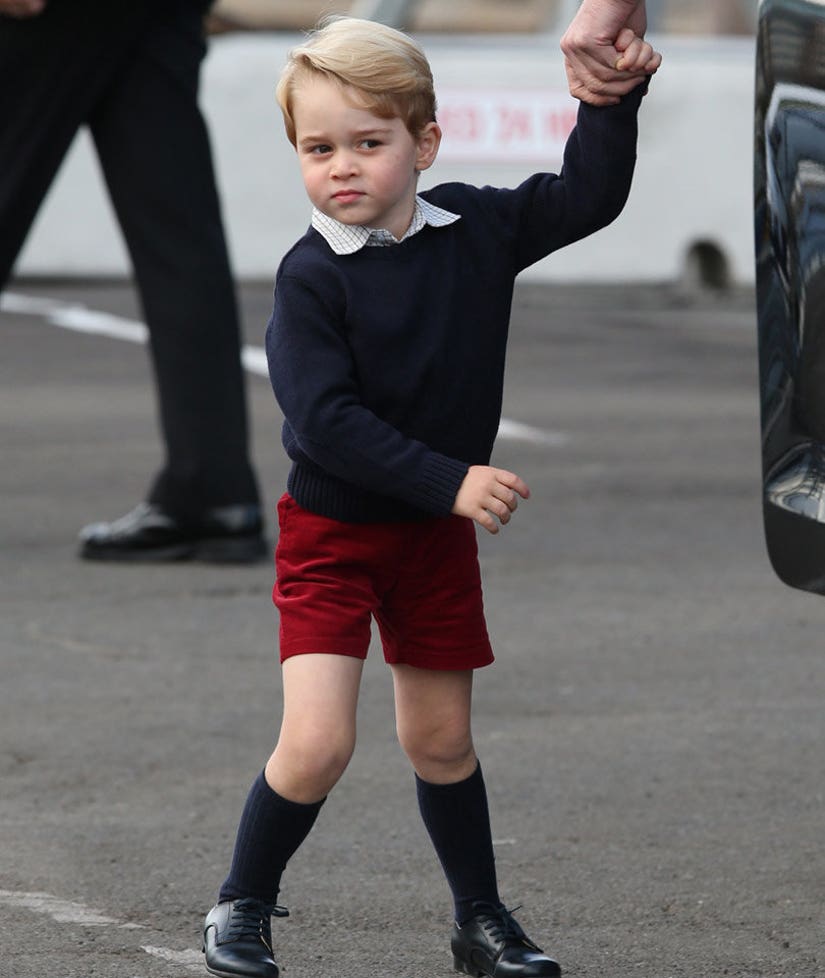 Ben Affleck and his son had a royally good time in England!

Earlier this year, the "Gone Girl" actor and his son Samuel traveled across the pond, where his little one unknowingly rubbed elbows with royalty.

In between working on his upcoming film "Justice League," the 44-year-old spent some time sightseeing with his boy, but as he explained to during a recent interview on the "Graham Norton Show," the pair's most memorable experience came at a very unexpected location.

"Despite going to Windsor Castle, Tower of London and Buckingham Palace, we didn't see one royal," he explained. "Then, when it was raining, I took my youngest to one of those kids' indoor play parks."

Once there, the Oscar winner immediately picked up on an unusual vibe.

"It was pretty empty and then I noticed this weird vibe from the other grown-ups," he told host Graham Norton. "They were all very well dressed and they had earpieces and I thought, 'For a kids' place, this is tight security.'"

It took him a minute to realize what all the fuss was about.

"I was the very last person to realize that Prince George and Princess Charlotte were in there playing with my kid," he revealed.

And while it's unclear whether he snapped a shot of Samuel with the royal tots, Affleck did reveal that his 4-year-old left with an unforeseen souvenir: a cold from Prince George!

"I can now tell him that he got a cold from the King of England!" Affleck said.

Despite being Hollywood royalty, the "Daredevil" star revealed that his family received no special treatment from the Brits. He confessed to expecting the VIP experience from his tour guide when taking Samuel and his daughters Violet, 10, and Serafina, 7, to see the changing of the guard, but was sorely disappointed.

"He took us to the middle of the street but we were so far away not only couldn't we see the guard, we couldn't see the fence!" he said. "We were surrounded by 50,000 tourists looking for selfie opportunities and we never saw the guards change! It was a disaster!"

Perhaps Samuel should have called in a favor from his new buddy Prince George!