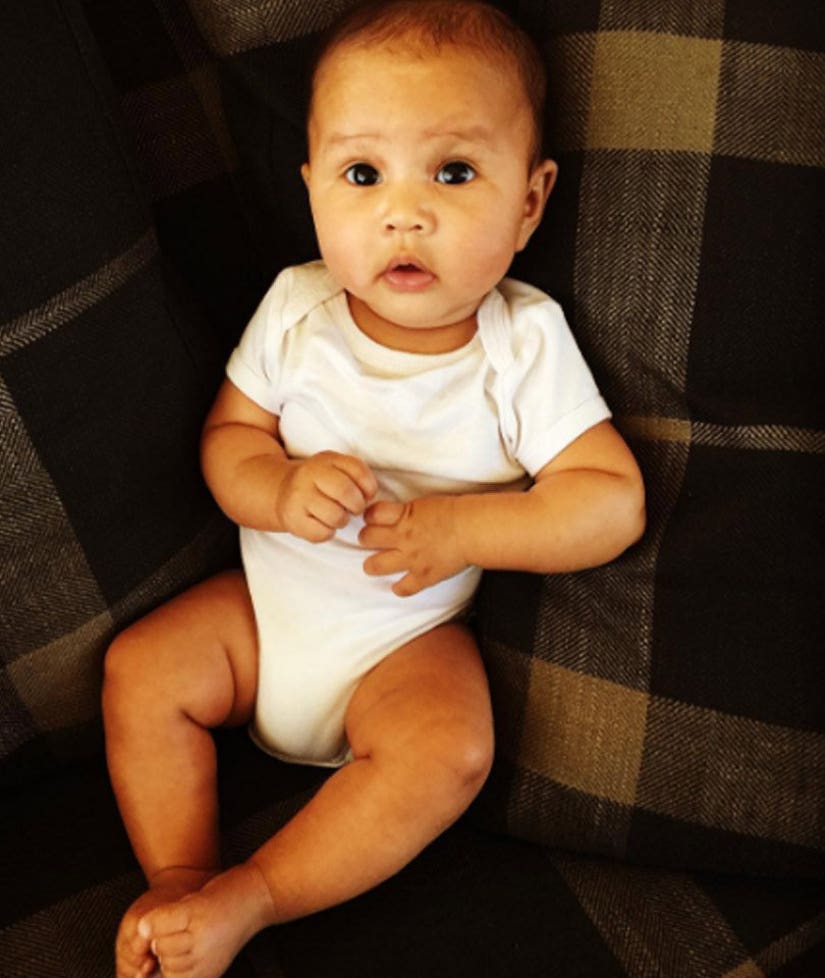 Baby Luna may still be in diapers but she's already made her music video debut!

Proud papa John Legend decided to give his baby girl and model wife Chrissy Teigen starring roles in the music video to his upcoming single “Love Me Now.”

The 37-year-old took to Instagram to give fans a sneak peek at the clip, which also gives 'em a glimpse at some insanely sweet family time between the trio.

In it, Legend looks adoringly at his daughter as he belts out the lyrics to his song. He and Teigen also cuddle up to the 7-month-old and simultaneously plant kisses on her plump little cheeks!

While little Luna may be new to music video shoots, she's no stranger to the camera, thanks to her social media snap happy parents. In the days leading up to Halloween, Teigen shared a whopping nine photos of her firstborn in various costumes.

"Chrissy on Twitter said something about she didn't know what Halloween costume Luna was going to wear, so all these companies started sending us all these costumes," Legend told Good Morning America of his daughter's mini Halloween photo shoot. "We were just doing a fashion show at the house and were taking photos of everything. I think Luna was probably not having as much fun as we were. She had some moments where she was like, 'I'm over this.' But she couldn't say it, so we just kept going."

The singer also opened up about his upcoming album "Darkness and Light" calling it his "best album yet."

"I'm so excited," he said of the project, which features Chance the Rapper, Brittany Howard and Miguel among others. "I can't wait for people to hear it."