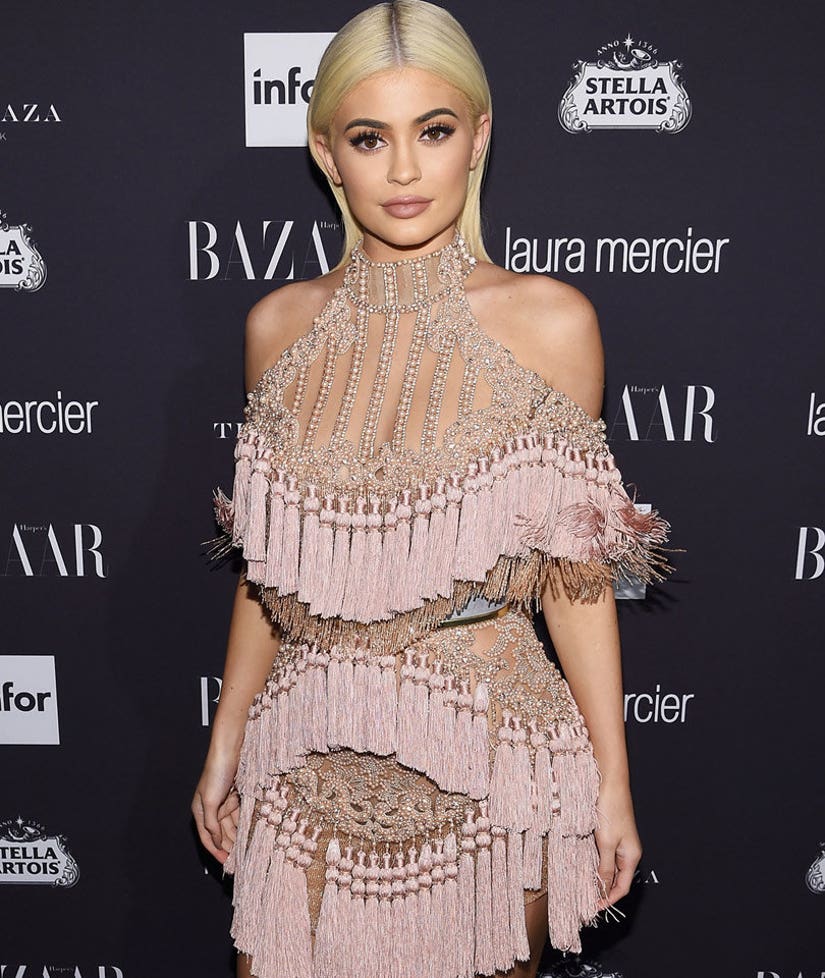 What does one get the nanny of her boyfriend's son when she wants to show her a little appreciation?

A designer handbag if you're Kylie Jenner, of course.

Yep, the 19-year-old surprised Nanny Joy, who looks after Blac Chyna and Tyga's son King Cairo, with the decadent gift on Thursday, and in true Kylie fashion, she made sure to document everything on Snapchat.

And we're glad she did because Nanny Joy's reaction to the pricey gift is pretty darn priceless!

In the first of a series of Snaps, Nanny Joy unwraps her gift - with a little help from an enthusiastic King -- to reveal a pretty sizeable Celine box.

Other clips see her exclaiming as she starts to pull the bag -- still in its duster cover -- out of the box as an exasperated King frantically starts tearing at the surrounding tissue paper in the hopes of speeding up the big reveal.

"King, wait," Nanny Joy tells him, as Kylie can be heard laughing in the background.

Finally, Nanny Joy reveals a sleek black Celine carryall that is estimated to be worth $2,700 according to Entertainment Tonight. The caretaker exclaims, "Oh my God" as she continues to shriek with joy while examining her expensive new accessory.

Kylie has already revealed she's close to her boyfriend's four-year-old son, having shared snaps of herself bonding with the little boy, but now it appears she also has an good relationship with his nanny.

And judging from Nanny Joy's reaction to Kylie's gift, we think it's safe to say she's a fan of the reality TV star too!