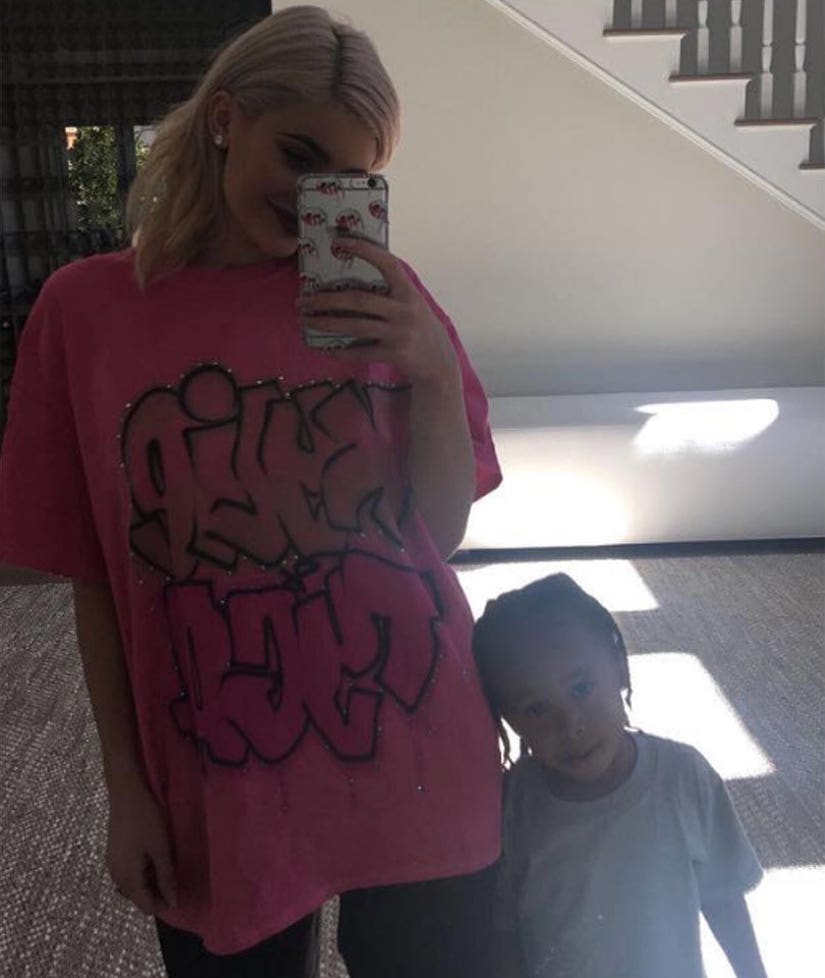 Kylie Jenner has two men in her life!

The 19-year-old took to Snapchat to share a few adorable shots featuring her longtime beau Tyga and his son, King Cairo.

One shot sees the "Keeping Up with the Kardashians" star piggybacking on her rapper boyfriend's back while she snaps a shot in a mirror. Tyga looks to the side while Kylie looks into her phone screen, no doubt making sure the pic is up to her standards before snapping it.

Another social media share sees the blonde beauty standing alongside little King Cairo, who is set to turn four on October 16. Kylie strikes a sweet smile, while the adorable tot cocks his head towards dad's girlfriend.

Kylie sported a full face of makeup but kept her outfit casual for both posts, sporting loose-fitting black pants and an oversize pink T-shirt emblazoned with the words "Kylie Tyga" in graffiti-style font.

The makeup maven recently opened up about her relationship with the "Rack City" singer for a Complex magazine interview, that saw her posing topless for the glossy.

"We need to be together at all times," she said. "We never get mad at each other, we just figure things out."

She also took a minute to weigh in on the former drama between her Blac Chyna, who is the mother to King Cairo and expecting a daughter with Kylie's brother Rob Kardashian.

"I never fought with her over social media in the beginning, but I understand where she was coming from and what place she was in," she says. "We're totally fine. It's all love."