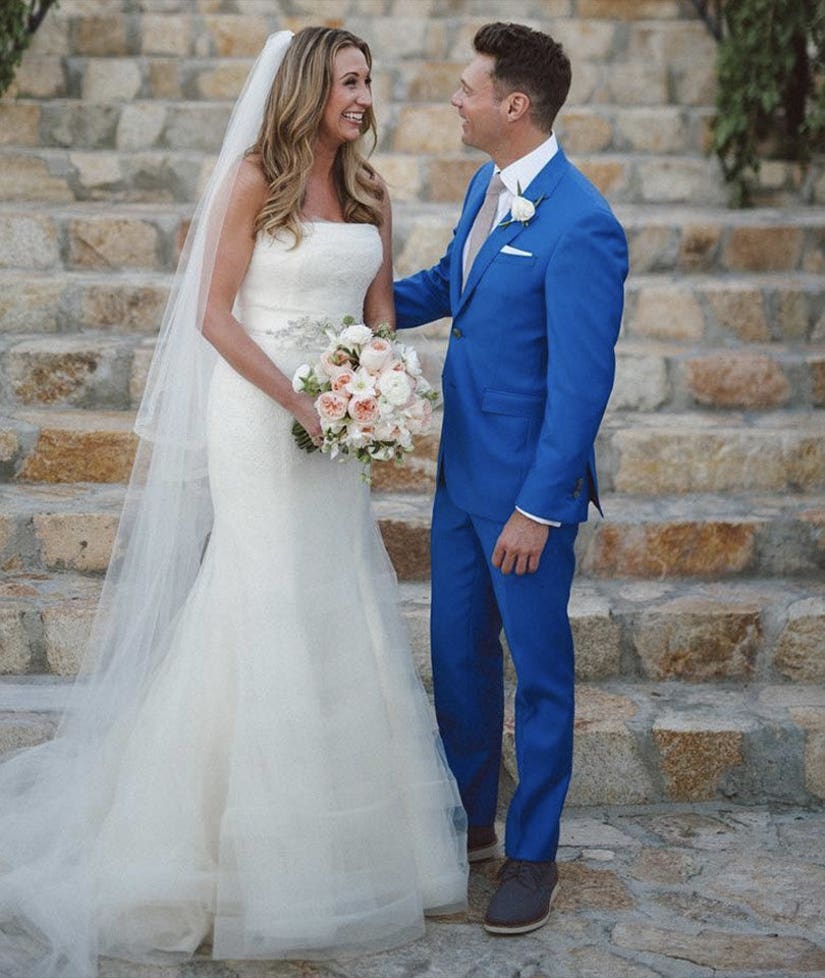 How did you spend your Saturday?

Ryan Seacrest had a beautiful duty and honorable role to fill yesterday, as he served as his little sister's "Man of Honor" in her wedding party. Seacrest's sister, Meredith, married fiancé, TOMS executive Jimmy Leach, in Mexico in a lavish -- but intimate -- ceremony. Those in attendance included just their closest friends and family.

Meredith, the COO of the Ryan Seacreast Foundation, donned a simple, yet elegant Vera Wang wedding gown, and wore her hair in gentle waves that cascaded down her shoulders.

The men were outfitted by Seacrest's own suit line, the Ryan Seacrest Distinction collection, and keeping their wedding trends in the family, wore shoes provided by TOMS.

Before the ceremony, Ryan tweeted, "Today's the day … excited for my sis! Proud to be her man of honor."

Congratulations to the happy couple -- and congratulations are also in order for Ryan, who was ultimately blessed to take such a large role in his younger sibling's wedding! What do you think of the dress, as well as Ryan's electric blue suit? Weigh in on the comments below!