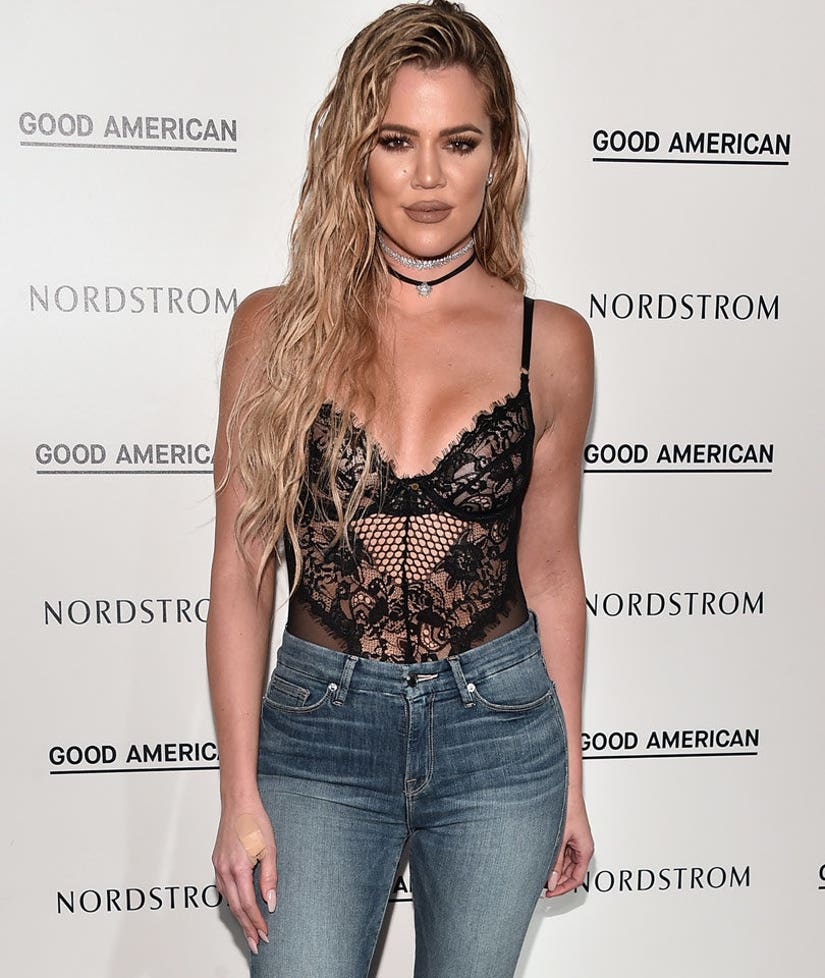 Khloe Kardashian is finally admitting a lower back tattoo probably wasn't the best way to honor her late father.

The reality TV star took to her personal website on Tuesday to document the process as she got laser tattoo removal from Dr. Ourian on her "tramp stamp."

The 32-year-old actually started treatment last year, but just gave us a little more insight into why she decided it was time to say goodbye to the ink.

"I am about to get my third treatment of laser tattoo removal. My tramp stamp, a really lovely place," she says in a video on her site. "My mom ended up getting the same cross I have and it's not cool."

Kardashian adds that Nicole Richie actually has the same piece as well and the two got the body art together when they were teenagers.

"I added angel wings when my dad died and added the word daddy and not realizing at 19 that's like a sexual place to put a tattoo," she explains. "My angel wings look like a butterfly, so the whole thing is like, we need to remove it."

The video shows Khloe experiencing some slight pain as the good doc gets to work. Check out a sneak peek clip below:

On her blog, Khloe also talks about some of her family members' tattoos, adding that sisters Kourtney and Kim Kardashian are just "not made for tats."

"Kendall, Kylie, and I were saying we want sister tattoos but we don't know what they would be," she continues. "I don't like big tattoos on girls. I do however like tattoos of small words. I could definitely do a rib tattoo on Kendall."

Khloe's model sister revealed she has a "mouth tattoo" earlier this week, as she got the word "MEOW" inked on her inner lip.

"I will say though, that Kendall's mouth tattoo surprised me," Khloe says of the piece. "When my mom found out she was like, 'What did you do?!', LOL! Kendall had had it for the longest time. We were like 'Mom, she's had it for almost a year!'"

What do you think of Khloe's decision to remove her tramp stamp? Sound off below!