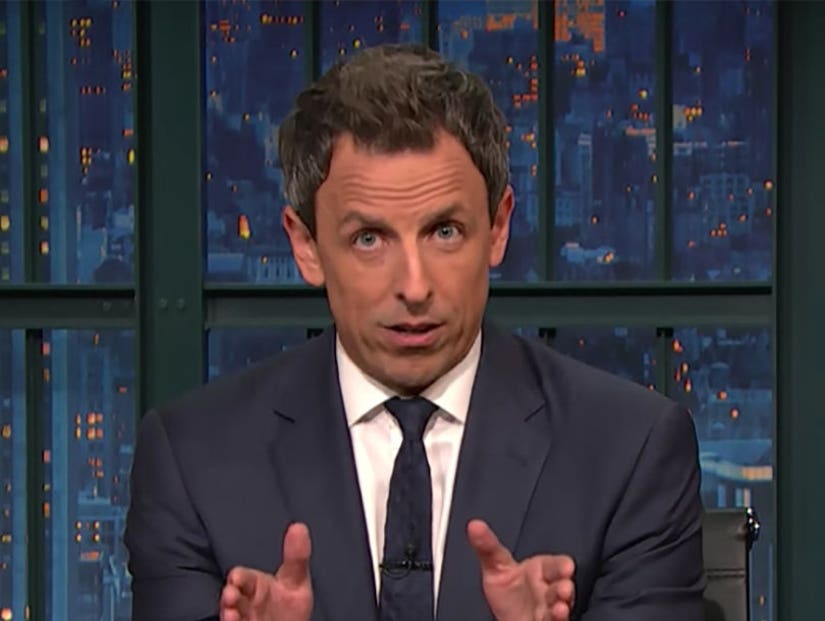 Late-night talk show comedians Stephen Colbert, Seth Meyers, Samantha Bee, and Conan O'Brien turned to comedy for comfort in finding humor in the election that has the nation divided!

During Colbert's opening monologue, his wit was as sharp as ever. He said, "I'm Stephen Colbert ... I think? I'm not sure what to believe anymore," he continued. "This is what it feels like when America is made great again. I was really hoping it would feel better because this suuuuuucks."

Meyers took a more serious turn. He said, "We've been talking about Donald Trump on this show for 18 months, and one of the things I've tried to make clear over those 18 months is how I've been wrong about him at every turn."

He added that Trump might actually end up being a great President, considering that his presumptions have all been wrong from the get-go.

Meyers continued with an admonishment: "Donald Trump made a lot of promises as to what he's going to do in the next four years, and now we get to see if he can fulfill them," he said. "And so, I'd just like to make one promise to him: We here at 'Late Night' will be watching you."

He concluded on a more somber note. About a future female president, he said, "I do really feel for the parents who had to explain this to their kids this morning -- especially parents with daughters because a lot of them, like me, probably thought Hillary would be our first woman president. But she won't be."

"But that does mean that someone's daughter is out there right now who will one day have that title. And maybe you're a woman who's currently a senator, maybe you're still in college, hopefully you're not a toddler -- but who knows. With the way things went last night, who knows."

Meyers continued, tearing up, and said, "The fact is, we don't know who you are, but I imagine this moment today will be a defining one for you. One that will make you work harder, and strive farther, and whoever you are, I hope I live to see your inauguration."

She continued, "What we did was the democratic equivalent of installing an above ground pool. Even if we're lucky and it doesn't seep into our foundations, the neighbors will never look at us the same way again."

Conan O'Brien, however, was the voice of reason. The normally off-the-cuff funnyman made some serious points.

On his show, he said, "We have free and fair elections and I think that's a wonderful thing. Now, today Americans have the right to feel happy, angry, pessimistic, optimistic but everybody should feel grateful that we get to vote, and if we don't get our way we have the chance to try again."

Over on "Jimmy Kimmel Live!", the host took voters through the "Five Stages of Grief" over the election results.

The steps: Denial, Anger (when you "curse at the uncle you used to love as a kid" for voting Trump), Bargaining, Depression (when you "get a spoon and start eating peanut butter out of the jar") and, finally, Acceptance.

"No matter how you feel about it, Donald Trump is the President of the United States," Kimmel said," so thank god we legalized marijuana!"

"[America is] a country of opportunity, diversity and hope and that will never change. It's been a really strange day. Now is the time, more than ever, to remember our values," he told the audience. "This country isn't about one election result, it's the tone you set to define who you are."

"Treat people with love and respect, go out and put your arm around someone, even if you hate their politics," he added. "If this country can work together, we'll remember America is great and always has been.

Sound off in the comments -- who gave your favorite commentary of the evening?