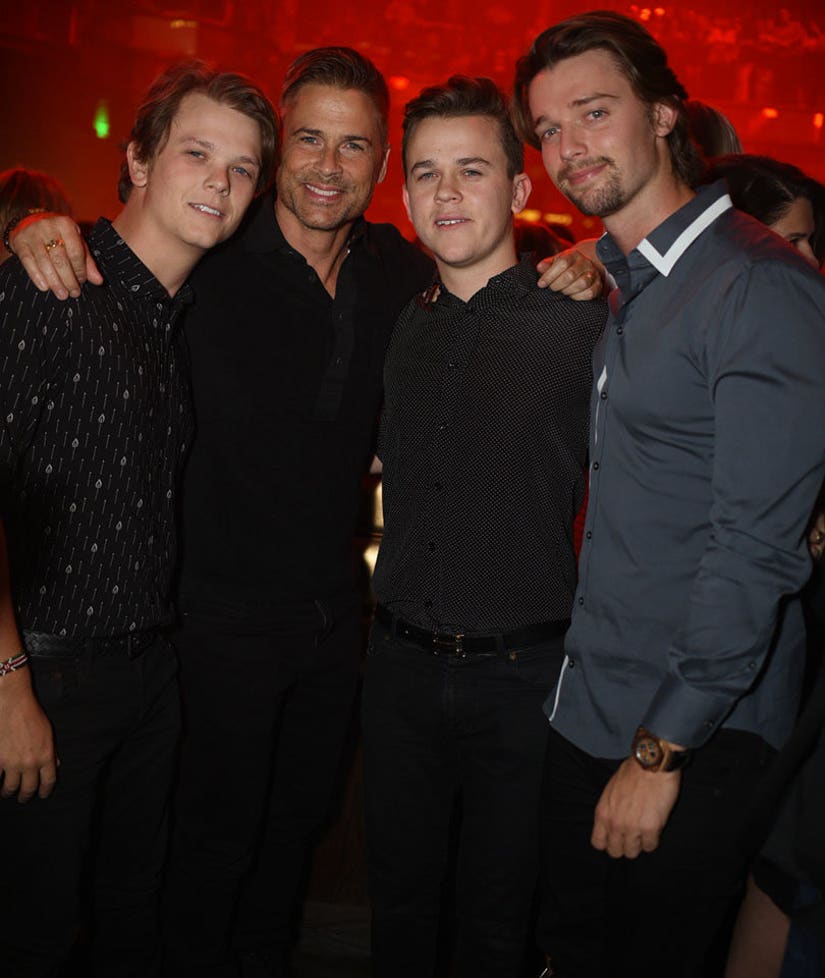 Rob Lowe's son, John, (photographed to the right of his dad) just turned 21 years old and celebrated at Las Vegas hotspot, OMNIA Nightclub, located in Caesars Palace. John and his former "Brat Pack" father showed up looking more like brothers than father and son -- and both were dressed in matching black shirts and pants.

John's posse included brother Matthew (left) and Patrick Schwarzenegger, son of Arnold Schwarzenegger and Maria Shriver. The group partied it up in the VIP area as Calvin Harris spun tunes for the packed club. 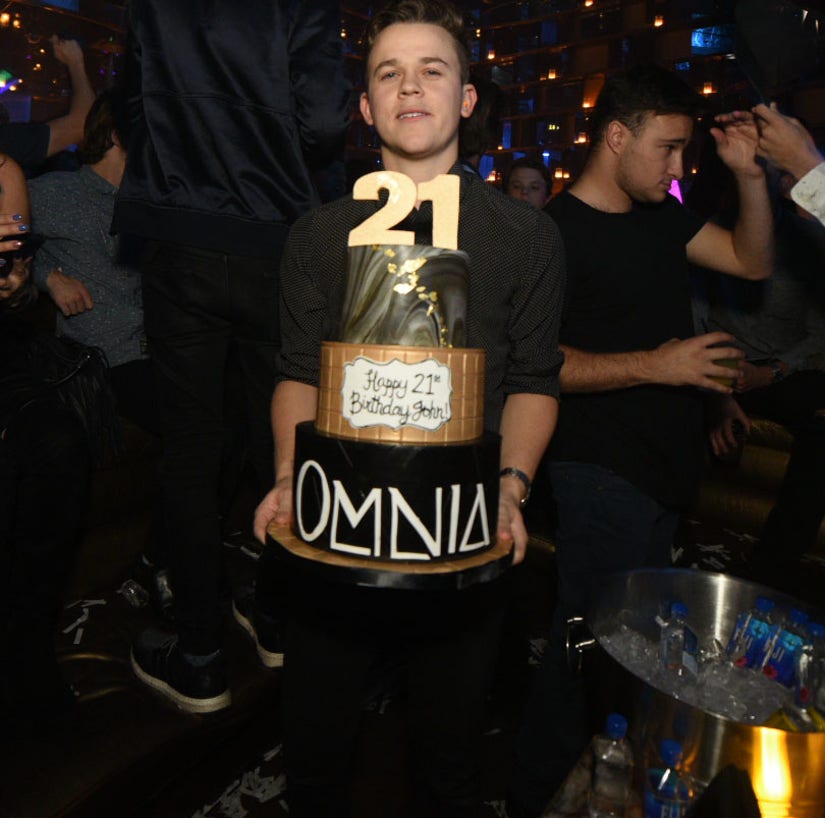 To celebrate, the Lowes sipped on cocktails and were presented with a black and gold cake.

Happy 21st birthday, John ... we hope to see more of you in the coming years!

Weigh in on the comments section below -- what do you think: did John inherit his dad's good looks or what?! 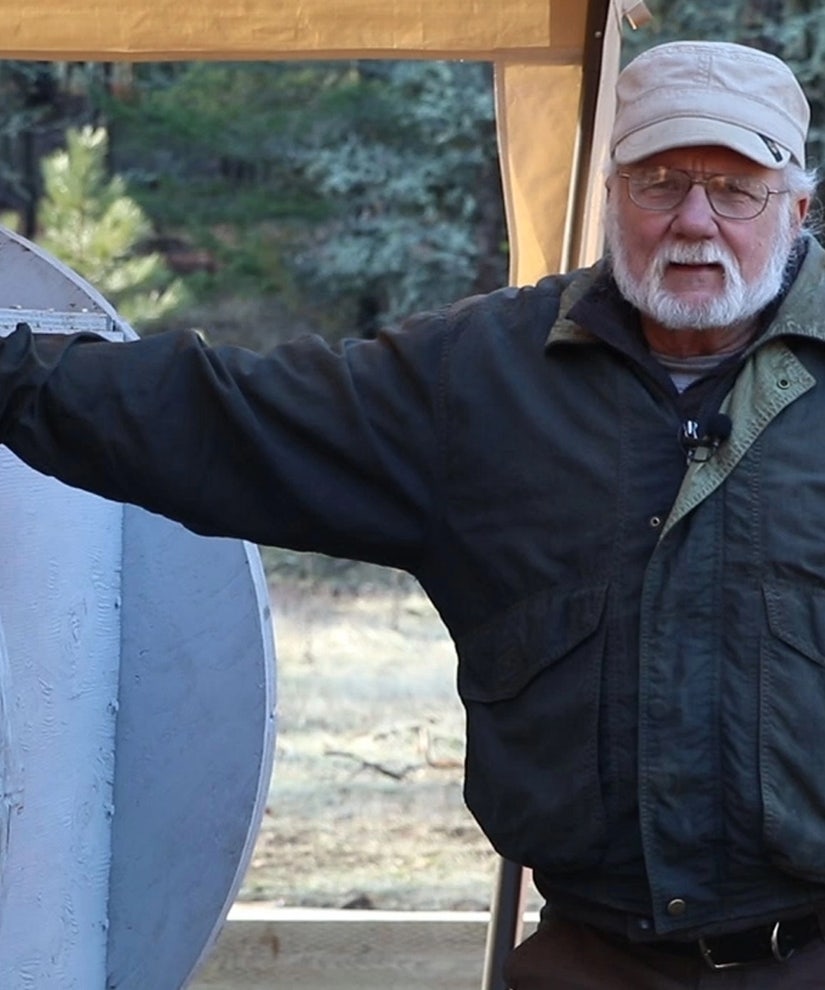 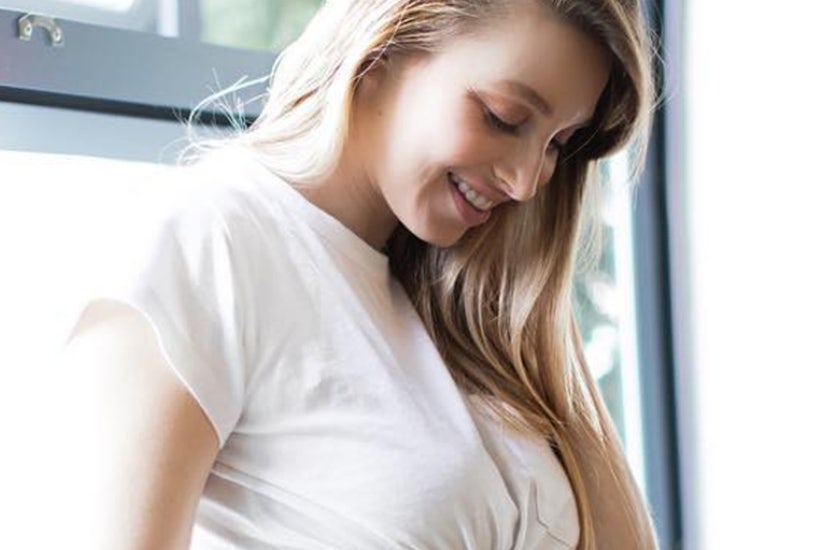