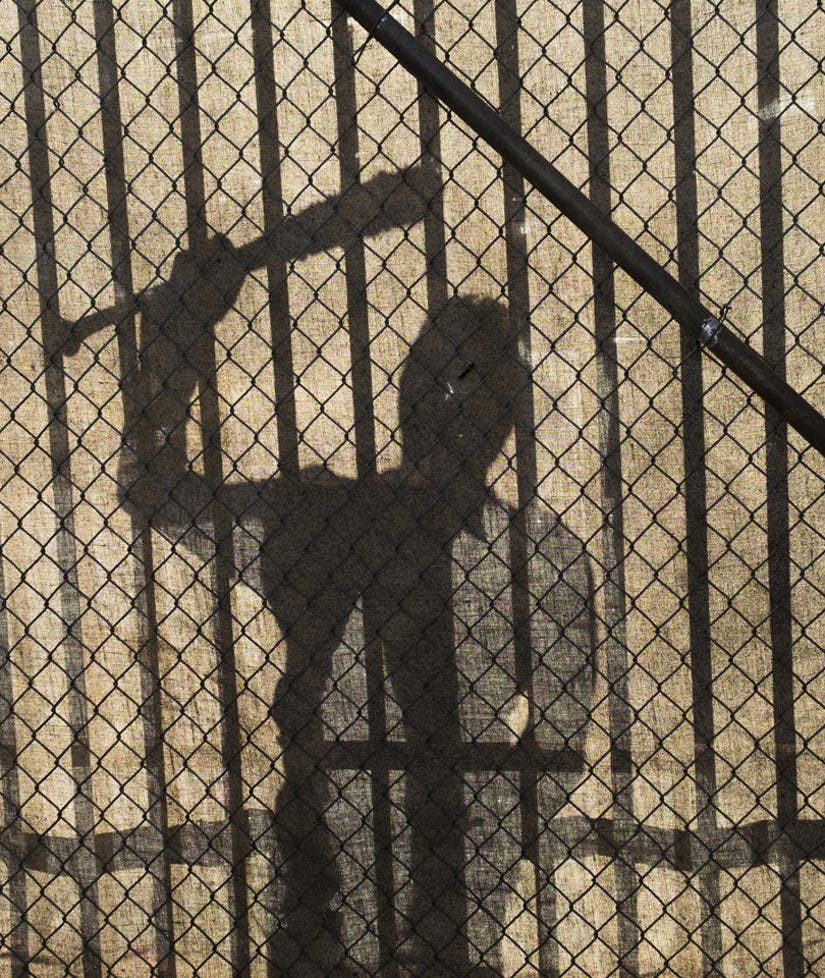 Warning: With Negan entering the fold on a regular basis, the language in these recaps is about to get a little NSFW.

Case in point, Negan's most memorable line of dialogue from tonight's episode: "I just slid my d--- down your throat and you thanked me for it."

As that quote proves, the new Big Bad asserted his dominance over all of Alexandria ... and Rick gave him free reign.

Let's dig into the five biggest takeaways from "Service." 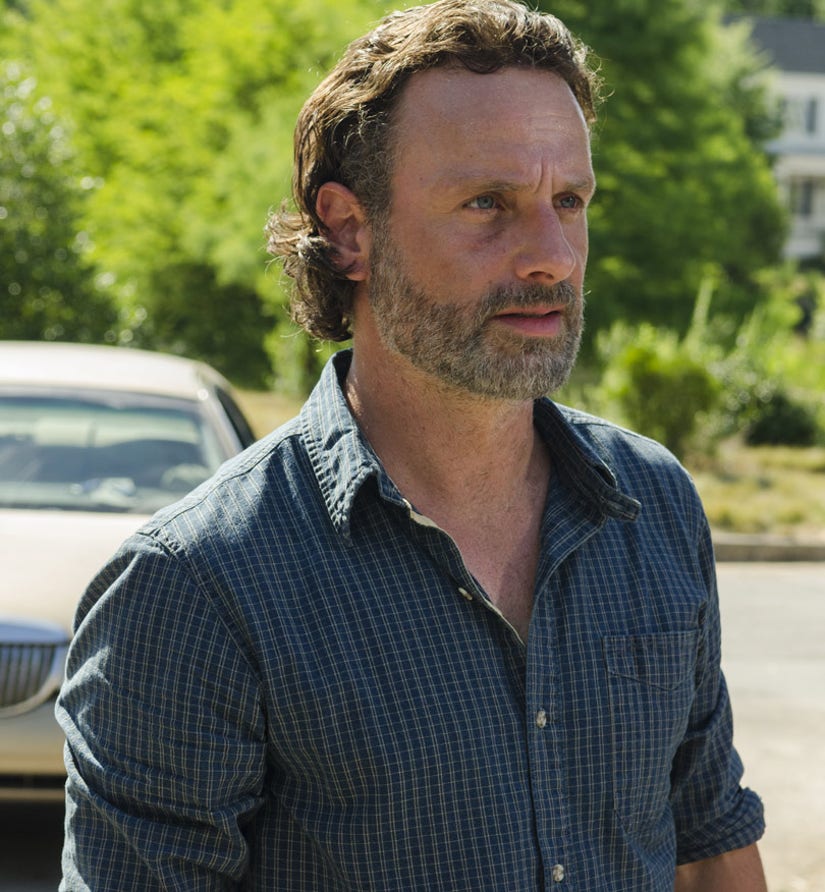 1.) All Our Favorite Badasses Just Lost Their Mojo

It's no secret that Rick, Michonne and Daryl are three of the biggest badasses on television, but this week, they all did a 180 after the events of the past couple episodes.

Dixon returns to Alexandria with Negan and his cronies, doing grunt work by searching houses for goods they may want back at the Sanctuary. He doesn't say a word the entire episode though, broken by the torture he's been put through by Dwight. When Rick tries to speak to him, Negan shoots back, "He's the help. You don't look at him, you don't talk to him and I don't make you chop anything off of him."

While Rick tries to stand up against Negan a couple times, he's a full-on pushover by the end of the episode. He lets Negan take their guns, ammo, mattresses and anything else he wants ... and even makes Michonne turn over her secret rifle, which the leather-clad bad boy didn't even know about.

"Let me put this to all of you as clearly as I can, I'm not in charge anymore. Negan is," Rick tells the entire town, as he convinces them to hand over their weapons. His fear: how the Saviors will retaliate if they discover they've been holding out on them.

He later has a heart-to-heart with his GF Michonne, telling her he has to accept this as the new way of life so he could "keep everyone else alive." "You have to accept this, all of us do, or it won't work," he tells her, before she says she's "gonna try."

To see one of our favorite warriors give in alongside her BF is heartbreaking, even moreso when she later discovers the mattresses the Saviors took were simply burned in the road just outside of town.

The question here: is Rick actually losing his spine, or just letting Negan think he is so he has the element of surprise later? We'll see ... 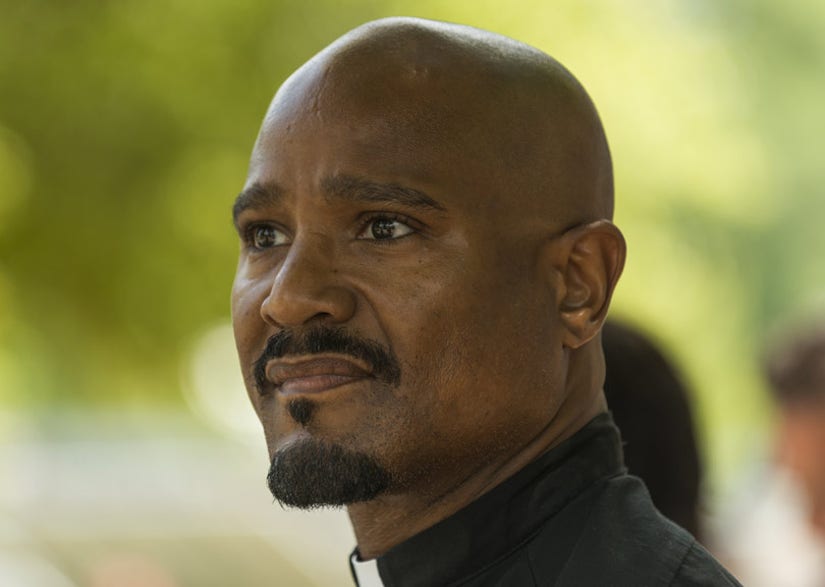 2.) Gabriel Does Something Useful

While the survivors above lost some major cool points this week for giving in to a murderous tyrant, Father Gabriel upped his game. Though the character has been one of the most annoying ones on the show in the past, he really stepped it up this week.

First, he finds the perfect way to protect Maggie: killing her.

Glenn's pregnant widow is actually recovering from her illness and the traumatic slaying of her husband up at Hilltop ... but it appears the Alexandrains don't want Negan to know the two factions have been communicating. Instead of telling Lucille's keeper she's at another community, Gabriel digs a fresh grave and says she's in it.

The priest later offers up some much needed hope in the shadow of Negan's rule, telling Rick, "I know this is going to work out. We'll get through today and then we'll find a way to go forward. How to beat this. I have faith in us, I have faith in you." 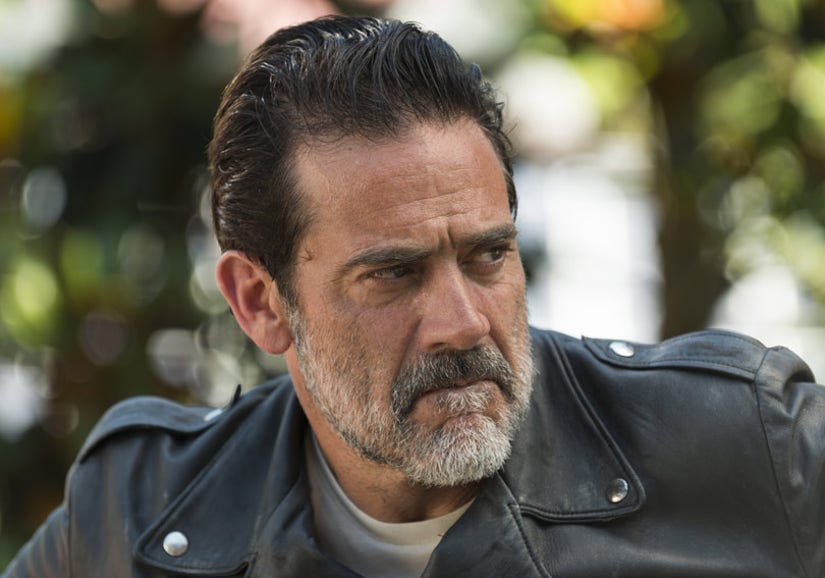 3.) Negan Is Still a Terrible Human Being

"The Walking Dead" continues to remind you how awful a person Negan can be, just in case you happen to forget thanks to Jeffrey Dean Morgan's charm.

Before finding out Maggie was "dead," he asked Rick where she was. "Widows, especially ones that look like that, they are special," he explained. "I love them, right after their husbands go, they are empty inside. But usually not for long. Where is she? I would love to see her."

Negan also criticizes Olivia's weight, threatens to kill more Alexandrians if they don't have anything "interesting" for him next trip and makes Rick hold Lucille throughout his visit ... the same bat he used to viciously murder two of the guy's best friends. 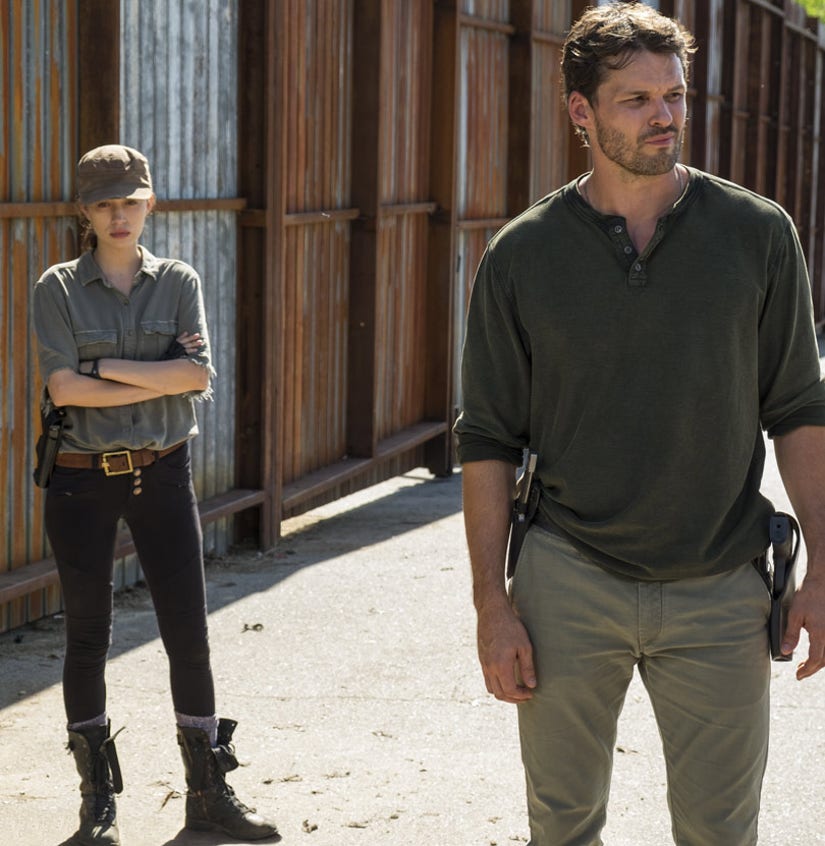 4.) Spencer Has No Love for Rick Grimes

While most of Alexandria looks up to Rick, Spencer isn't one of them.

"This is our life now, this is where Rick got us," he tells Rosita while the two fetch Daryl's bike for Dwight. "Maybe if Rick thought it through, it would have been different. People might still be with us. This is where we are, we just gotta learn to live with it."

He clearly blames the good leader's decision to fight back against the Saviors as the reason Glenn and Abraham are dead, as well as the cause of Negan taking control of Alexandria.

We later learn he also stashed weapons, snacks and booze in a secret hiding place in his home, something Rick calls him out on.

But Spencer's had enough, shooting back, "I guess Glenn and Ambraham were lucky too?" Oooooooooo!

Deanna's son reveals he kept his secret stash because he was "worried" about Rick stepping up as leader.

Does he have a point? Or is he just annoying?

5.) Rosita's on a One Woman Mission

With Rick, Michonne, Daryl and the rest of the regular badasses sitting sideline when it comes to fighting back, Rosita is ready to take action.

Unlike Spencer, Rosita is adamant this new way of living is "not our life."

Though her gun is commandeered by Dwight, she finds a way to procure another one while retrieving Daryl's motorcycle. While in the woods, she takes out a group of Saviors-turned-walkers -- and finds a handgun on one of their bodies.

It's not loaded and Negan took all their ammo, but she's got someone else in her back pocket: Eugene.

The episode ends with Rosita knocking on the smart guy's door, shell in hand, telling him to "Make me a bullet."

Now we know Eugene has already been thinking about this, as he brought Abraham to a factory where he thought they'd be able to manufacture ammo last season. At the time he argued that making ammo would not only be great for protection, but could also be a revenue stream.

Hopefully Rosita has something bigger in mind than just going head-to-head against Negan with one handgun ... but her drive for revenge is something we definitely want to see from the rest of the group right now.

What did you make of this week's super-sized episode ... and who do you hope we check in with next week? Sound off below!

Think you're a TWD superfan? Prove it: