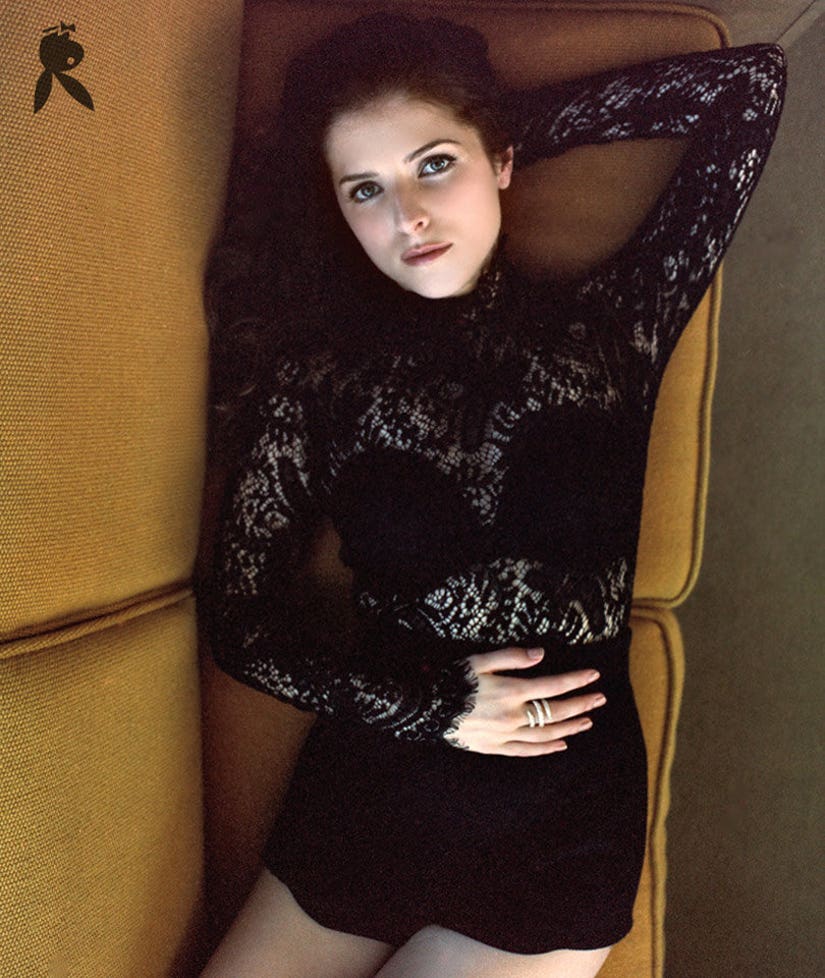 The actress gets candid about her personal life with Playboy magazine while promoting her new memoir "Scrappy Little Nobody," where she opens up about her parents' divorce, losing her virginity and her sex dreams.

Though the 31-year-old's parents eventually went their separate ways, she says the entire ordeal left her less scared than if they would have stayed together.

"Honestly, it was one of many things I wanted to write about, but it just didn't end up jelling," she says of her decision to leave that part of her life out of the book. "It felt more like a police report than a chapter."

"The miraculous thing about that situation was that my parents were so civil and respectful throughout the process," she continues. "It made me a poster child for divorce. If they'd stayed together and been unhappy, it would have messed up my understanding of what marriage should look like. I'm very pro-divorce. I know that sounds crazy, but Louis C.K. did this great bit about how divorce should never be sad. There are never two people madly in love and perfect for each other who get divorced."

Kendrick also reveals in her memoir that she kept a journal as a young girl ... a place where she even detailed her sex-pectations.

"I just wrote, 'When am I going to lose my virginity? Like, really, when is it going to happen? What is it going to be like? How long, and at what point will it be too late and I'll have to be a virgin forever because you can't lose your virginity past a certain age?' I remember literally writing, 'It's going to happen at some point and someone is going to be on top of me, and we'll be having sex and I'll probably think of this diary entry.' It's a pretty meta diary," the "Mr. Right" star jokes.

Now an adult, Anna is well past those days when she questioned her virginity. In fact, she's no stranger to a sex dream ... or two.

"Oh my God, do I? I don't want to name the actor, but I dream about someone I find really creepy but other people might find totally attractive," she says. "I've had two sex dreams about him, which is really awkward. I woke up like, 'What the hell was that about? I can have a sex dream about anyone in the world and it was that guy? Thanks a lot, dream brain!'"

The "Pitch Perfect" star likewise reveals the most awkward song she's ever gotten down to.

"'Lapdance' by N.E.R.D. It was just too on the nose, and we ended up laughing," she reveals. "It's a really sexy song, but then it was just kind of like…eh. It came on shuffle, and we were both trying to stay in the moment. We were like, 'Are we in a music video? What is going on?'"

What do you think about Kendrick's candid comments? Sound off below and check out the gallery above to see more sexy stars!