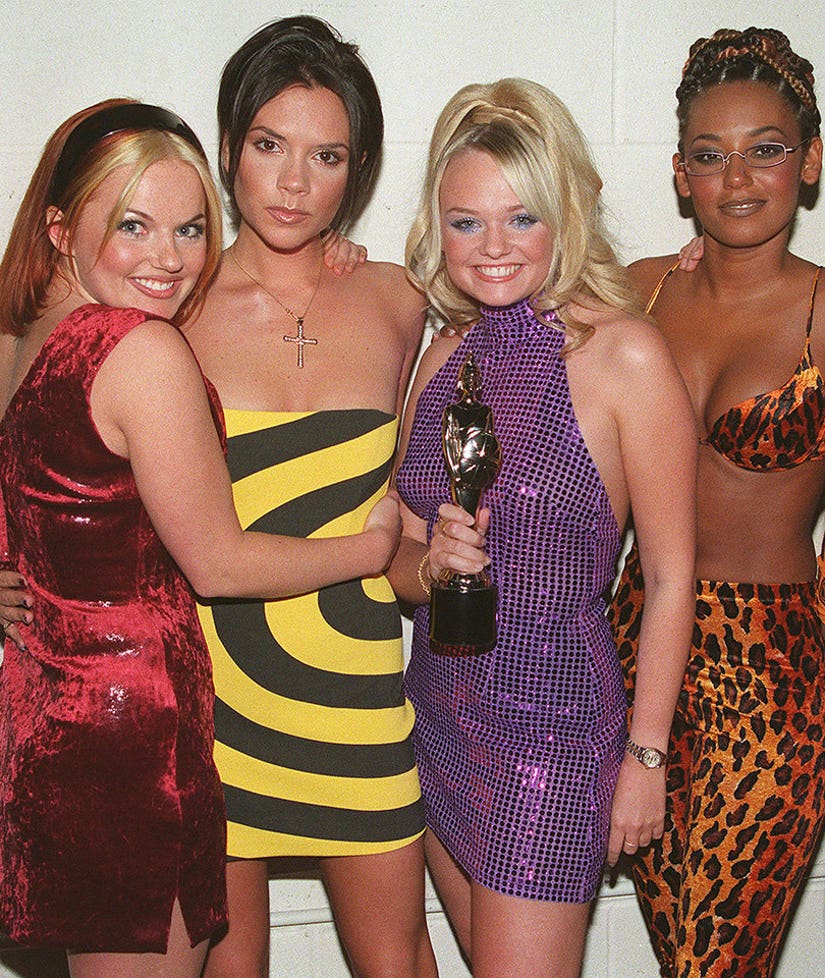 Watch in fascination as the Spice Girls -- in a recently unearthed video -- take their "Girl Power" mantra to the max!

In the video (below), the girls totally flame two advertising execs who dare ask them to flaunt more cleavage and midriff for a sexier, "spicier," campaign. In the video, Mel B -- Scary Spice -- charges towards a man heading up the campaign, and says, "Why did you ask to have a cleavage showing and a midriff showing?" His response? Not exactly what would fit in the Spice Girls' handbook on How to Rule the World With Girl Power.

"It's every man's fantasy," he simply replies. Check out the exchange below, as Geri Halliwell -- Ginger Spice -- and Victoria Beckham -- Posh Spice -- get in on the action.

The Spice Girls dragging the makers of the Polaroid ad they were appearing in for trying to make them show their cleavage and midriff. pic.twitter.com/UBAvqIJ5Gq

Geri repeatedly calls the man a "chauvinistic pig," while Victoria, smiling widely and uncharacteristically, takes the man's sunglasses and tries to give them away. Halliwell then asks what kind of example they'd be setting to their younger fan base if they were to walk around with sultrier costumes. The production execs didn't have an answer to the all-important question.

The girls insist they won't reveal more of their bodies than necessary during the shoot, and eventually sign off the candid video telling fans that they said, "No! Girl Power!"