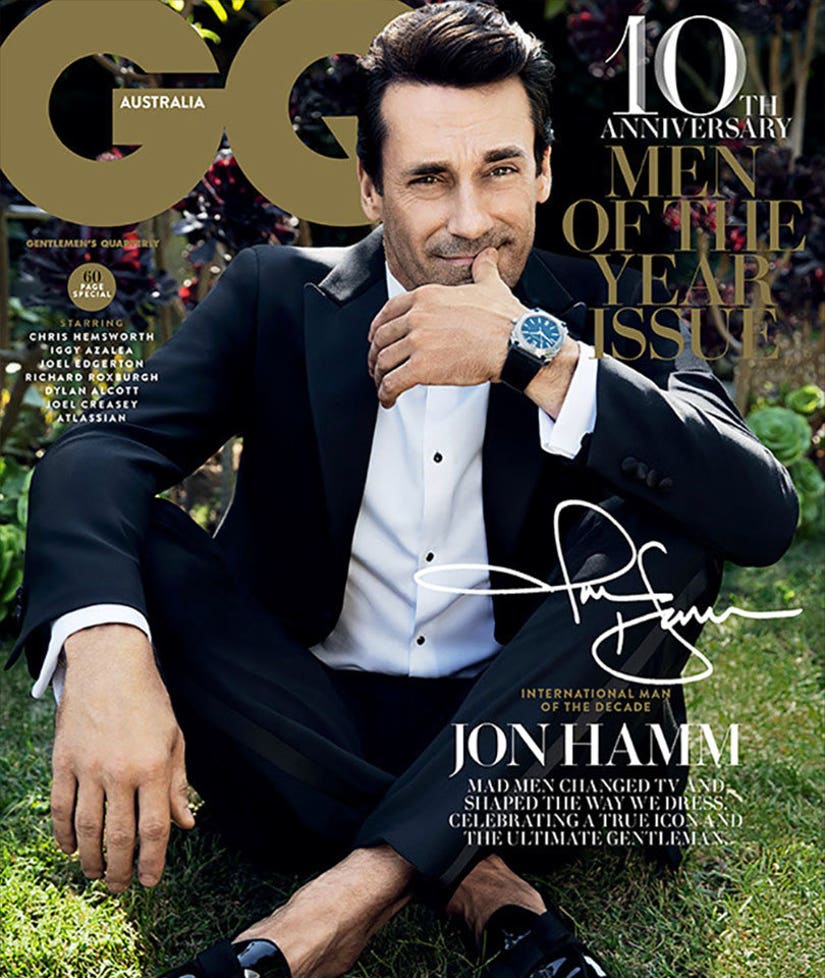 Jon Hamm is finally opening up on the size of his manhood ... and what he told GQ Australia for 2016's Man of the Year series is nothing short of gold.

Hamm was named the International Man of the Year by the mag, and naturally, the biggest thing GQ wanted to talk about was Jon's ... well ... big thing. Fans have obsessed over what's going on in Hamm's pants for years now, thanks to "Mad Men" set stories about him commando and paparazzi pics of his package.

"It was a topic of fascination for other people, certainly not me," he tells GQ. "By the way, as rumors go, not the worst."

It sounds like Hamm is finally coming to terms with the scrutiny over his alleged well-endowment, after sounding a little testy about the subject during a 2014 interview with Men's Health.

"Would you want people walking up to you and pointing at your d--k? I can't believe I'm still talking about this," he said at the time. "But I've worn underwear every day of my life and the fact that I'm painted as this exhibitionist is a little annoying."

In a video for GQ, Hamm also opened up about his decades-long success, and said, "Success is very difficult to define, I think, for most people, because it's a moving target."

"You think you've succeeded in something," he explained, "and all of a sudden, another challenge comes up. It's why, in many ways, I think, I envy athletes because ... success has a very rigid definition: you either win or you lose."

"Celebrity," he mused. "That's another [word] that has a very distasteful connotation sometimes. It's a kind of thing that's nice as a byproduct ... but if it becomes the only thing you want ... I think it cheapens it, I guess."

Hamm previously hit out at Kim Kardashian, claiming that she helped usher in "idiot culture." Hamm told Elle in 2012, "Whether it's Paris Hilton or Kim Kardashian or whoever, stupidity is certainly celebrated. Being a f--king idiot is a valuable commodity in this culture because you're rewarded significantly."

Guess we know he still feels pretty strongly about "celebrity!"