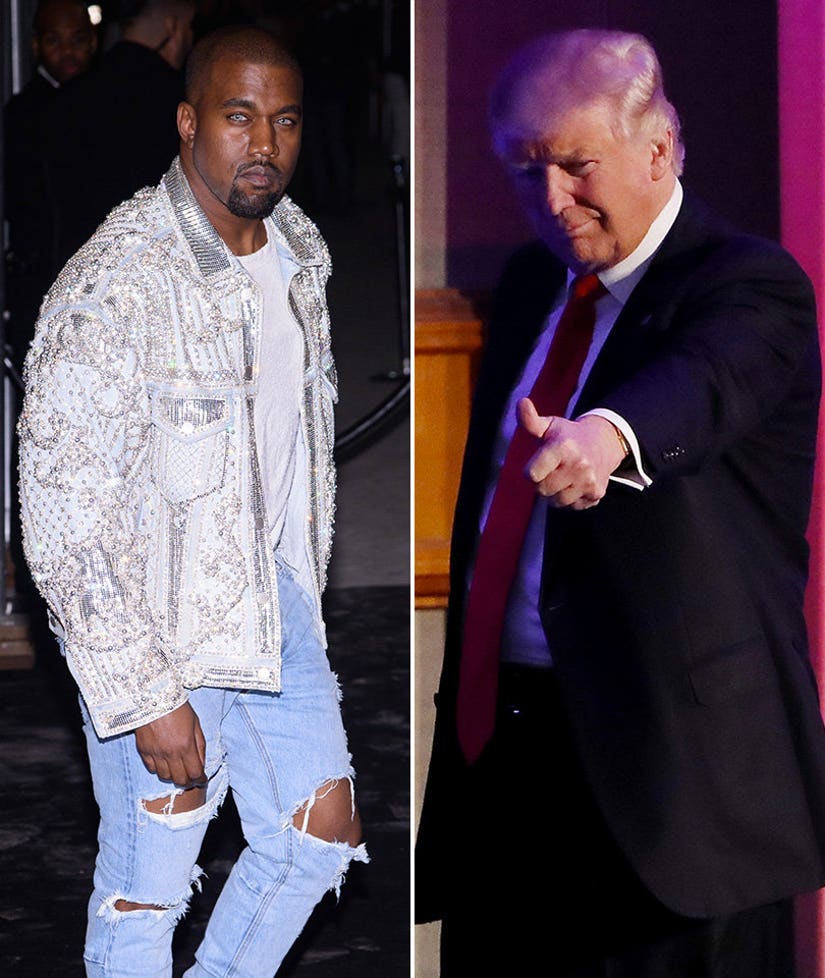 Paris Hilton isn't the only prolific celebrity Trump supporter out there ... Kanye West happens to be one, too!

During last night's Saint Pablo concert stop in San Jose, California, West went on a political rant that left the crowd divided. He professed his support for President-elect Donald Trump, calling the United States "racist," and said, "I told you all I didn't vote right? ... But if I were to have voted, I would have voted for Trump. This is about the idea of a black guy liking Trump. They thought they had me because ... just because I was black or just because I was a celebrity. But Trump is our president. And that would've been my vote, so I feel right."

He wasn't done there, though!

In the nearly five-minute diatribe, he also said, "Echoing is what made people think Hillary was going to win, you thought because what the Internet was telling you, that she was gonna win."

Like the audience, the Kardashian/West household was apparently a house divided, too, as Kim Kardashian was previously very vocal in her support of Hillary Clinton, often posting things on social media referencing her support, and hashtagging things #HillaryForPresident.

Check out the video from last night's concert:

What do you think of Kanye's stance? Weigh in on the comments below!