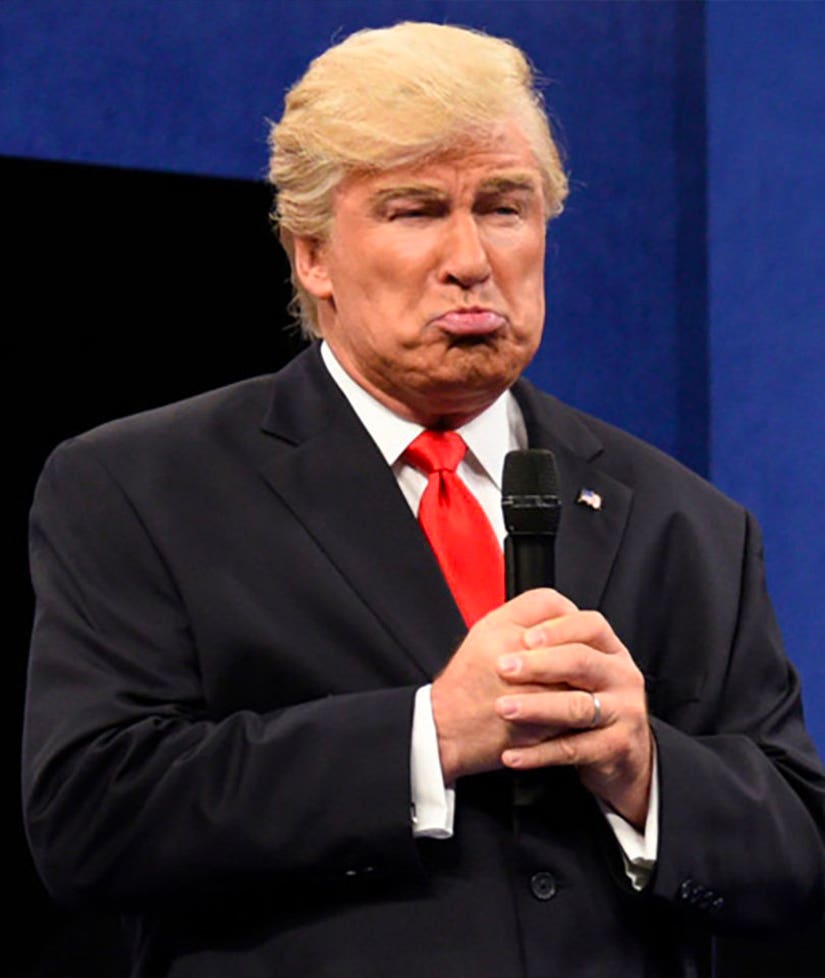 Just last week, Alec Baldwin told Inside Edition that he wouldn't be pulling the Trump card out on "Saturday Night Live" after the election ... but just two weeks after President-elect Donald Trump became "official," Baldwin returned to "SNL" and resumed his role.

Previously, Baldwin said, "I'm trying to shed the Donald Trump cloak. I'm not an impressionist, per se, but if you do any kind of comedy and they ask you to do that, most of the time, there's some degree of appreciation, I think, involving somebody you like. Trump is somebody who -- I don't hate Trump, but he's not somebody I admire, so it was more difficult."

However, last night, Baldwin took the stage with his hilarious impression of Trump and wowed audiences once again. Kate McKinnon ditched her role in portraying Hillary Clinton to tackle a much more controversial figure -- Trump campaign manager, Kellyanne Conaway.

Check out the hilarious video from last night!

Some of the highlights of the six-minute sketch were when "Trump" asked Google, "What is ISIS?" and repetitiously commented "Big beautiful boobs in buildings," a joking "mantra."

"It was good," Bennett-as-Pence quipped.

Trump then seemed to suffer a mini-meltdown, and after rethinking all of his previous stances, commented to "Pence," "Mike, you're gonna do everything, right?"

Weigh in on the comments below -- what do you think of Baldwin's latest portrayal?