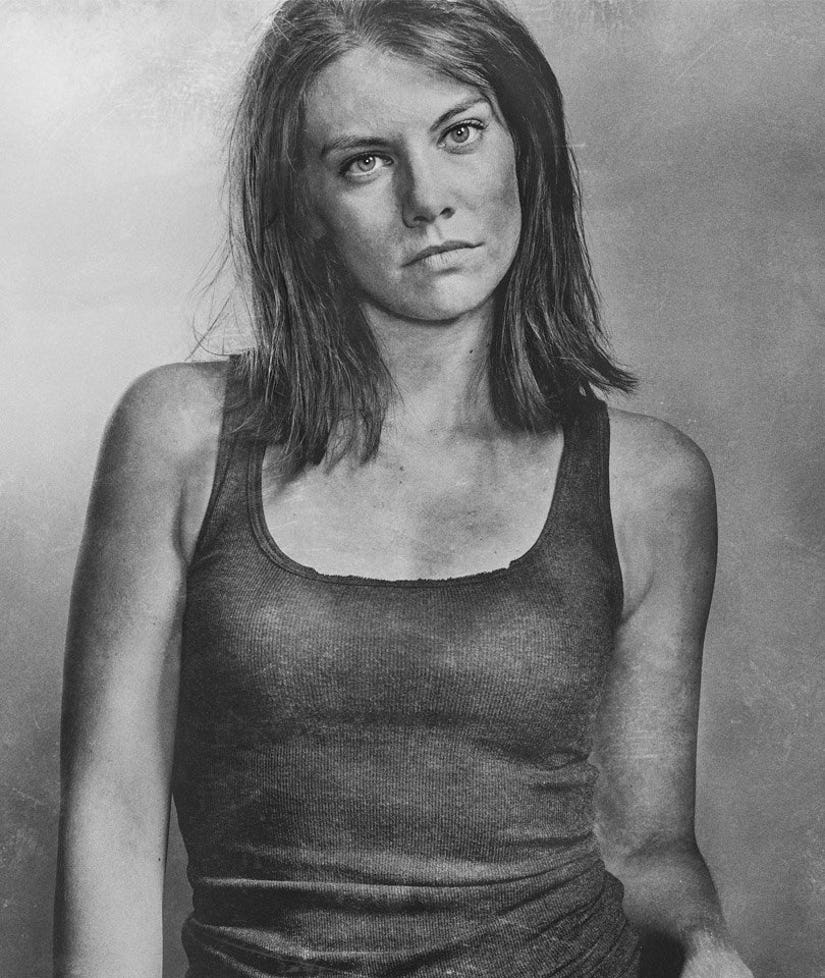 After four weeks of single-location episodes -- the clearing, the Kingdom, the Sanctuary and Alexandria -- "Go Getters" somewhat continued this trend by focusing on the survivors at Hilltop and a pair of teens making their way there.

This week is all about Maggie, who is starting to heal after watching her husband, Glenn, get his brains bashed in by a maniacal, bat-wielding monster in the season premiere. While Carol and Michonne have regressed from their ass-kicking ways over the last couple weeks, Maggie's going in the opposite direction -- and we are here for it!

In the time that's passed since the season opener, Glenn's expecting widow has been under the care of a doctor at Hilltop who advises her to stay in their community for the duration of her pregnancy. Since she's already suffered some complications due to trauma and stress, he'd like her to remain nearby, just in case. 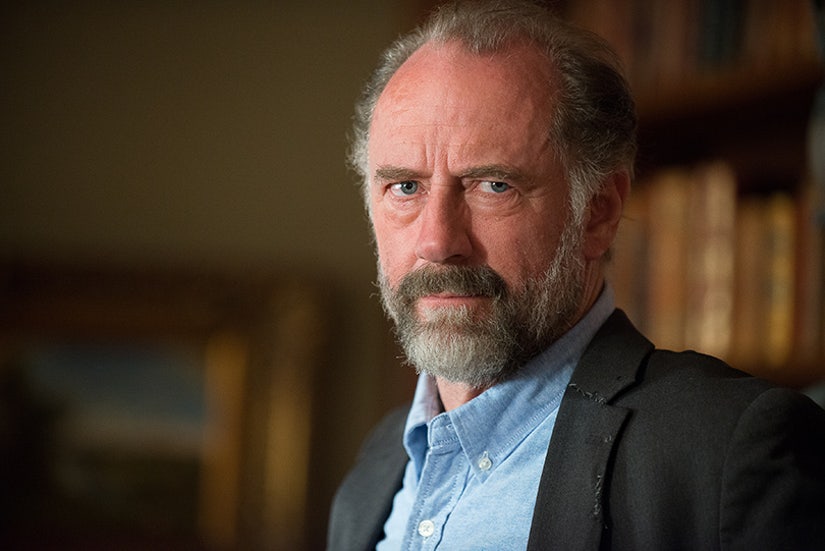 Though it's clear Maggie needs medical supervision, the Hilltop's HBIC, Gregory, wants her and Sasha gone, ASAP. It should be noted that Gregory is the worst. Not only does he want to kick an injured pregnant woman out of his compound, he also confuses Sasha with another black woman (double worst!) and then seemingly offers her sanctuary if she agrees to sleep with him (triple worst!).

You see, Gregory doesn't want Negan to know he helped the Alexandrians orchestrate the attack on one of the Saviors' outposts. "Maggie said her people could take care of the Saviors, so far all she's done is put our people at risk," he explains. "If they think we helped attack their outpost, they'll do that to us."

All he wants is "plausible deniability" and gives the duo 24 hours to get out.

The only problem: it seems like the Saviors already have an inkling Hilltop had something to do with the murders of their own. Maggie and Sasha wake in the middle of the night to find the gates around the community unlocked, as music blazes from a car inside their walls. Looks like the Saviors put it there to attract walkers, to punish Hilltop for their transgressions. 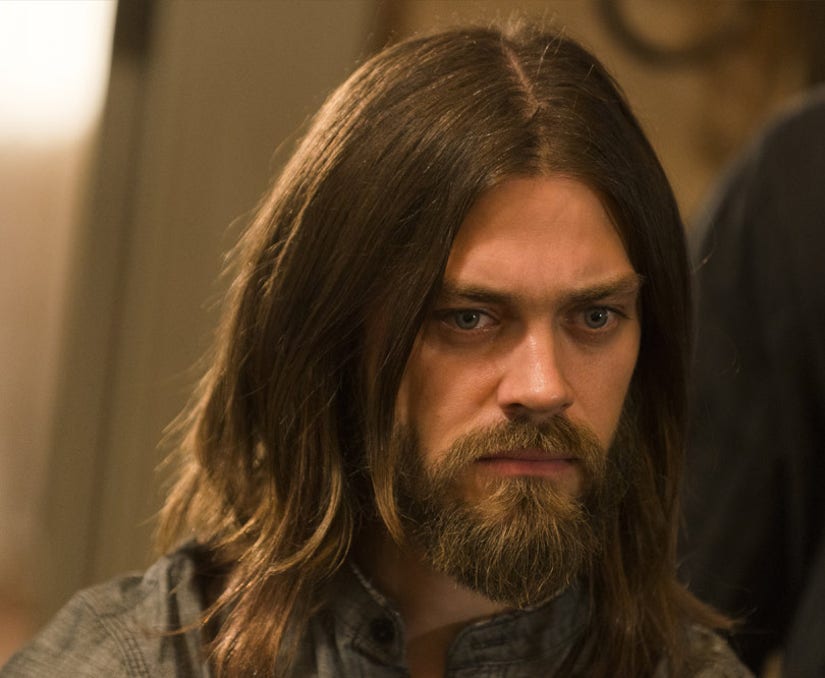 Maggie, Sasha and Jesus all prove they can handle themselves though -- and easily clear out the zombies with knives, a tractor and flying karate kicks. You go, Jesus!

The long-haired badass tries to make a case for Gregory to allow Maggie and Sasha to stay after their heroics, but the Saviors show up before a decision is made and the women are forced to hide.

While Negan is MIA this week, his right hand man Simon does his best impression of the Big Bad and makes Gregory his bitch. Yes, the Saviors are terrible, but how great was it seeing the smarmy Gregory really squirm?

Also, can we talk about how TERRIBLE this guy is at playing dumb? He might as well wear a sign saying, "Yep, we helped plan that outpost attack," because nobody is buying his "Whawawhaaat?" face. Simon then makes it clear that Negan has the Alexandrians under his control now -- so everybody better stay in line or else there will be hell to pay.

Since he's officially the worst -- at least this episode -- Gregory then tries to turn Maggie and Sasha over to Simon ... only to find they're not in the closet he told them to hide in. Idiot. The interaction ends with Simon demanding Gregory kneel down to him. He does.

The Saviors leave, but Gregory still isn't done being awful.

"We play nice, they play nice," he tells her, "see dear, Saviors can actually be quite reasonable."

Considering her husband was beat to a pulp in front of her just weeks ago by their leader, this is literally the worst thing he could have said to her. Maggie's reaction: her right hook.

"This is our home now, you'll learn to start to call me by my name," she then tells him. "Not Marsha, not dear, not honey. Maggie. Maggie Rhee." 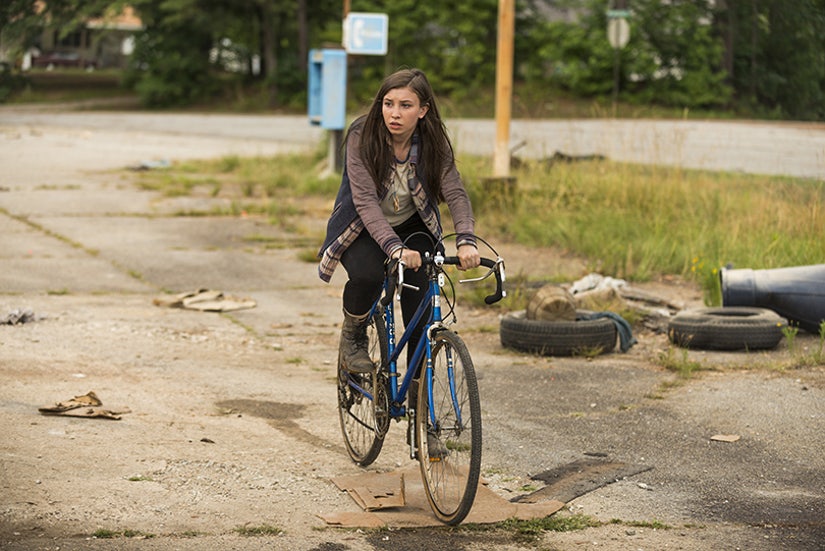 While all this is going down, Enid and Carl spend the episode trying to get to the Hilltop. Enid wants to get to Maggie, while Carl seemingly just wants to keep her company and get lucky.

The two flirt up a storm on their way and even share a kiss before arriving. It's once they get there that Enid realizes why Carl really joined her: to get back at the Saviors.

Enid reunites with Maggie at Glenn's grave, before heading inside to meet Sasha for supper. The pregnant survivor gives the young girl the stop watch, saying, "We don't need anything to remember him by, we have us."

Thankfully, it seems like Maggie won't be moping around all season after the death of her husband and baby daddy, as she's instead focusing on the life growing inside her and her friends and surrogate family who are still alive. She also refuses to be pushed around by Gregory or anyone else -- and will hopefully rise to some sort of leadership role inside the Hilltop. She's a force to be reckoned with! 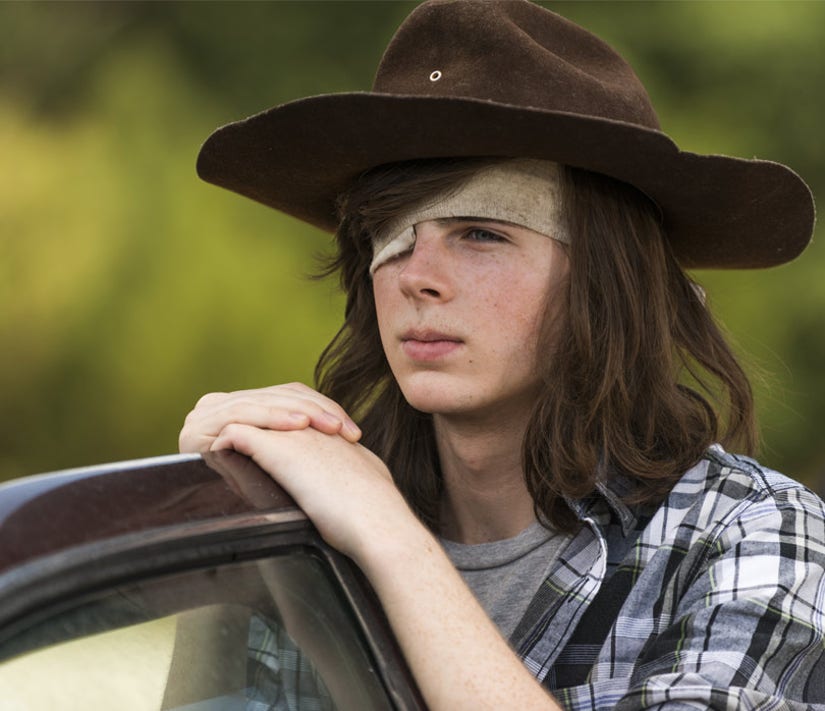 The episode ends with Jesus sneaking into the back of one of the Saviors' trucks, after Sasha asked him to find out where Negan lives. He's on a recon mission ... but runs into someone with a taste for revenge instead: Carl, who wants Jeffrey Dean Morgan's character dead, now.

The biggest question we have after tonight's episode:

With Carl and Jesus en route to the Sanctuary with two very different goals, what the hell are they going to do once they get there? Rick's son does sneak to Negan's home in an attempt to assassinate him in the comics ... but he goes there solo. Will having Jesus by his side change the outcome at all?