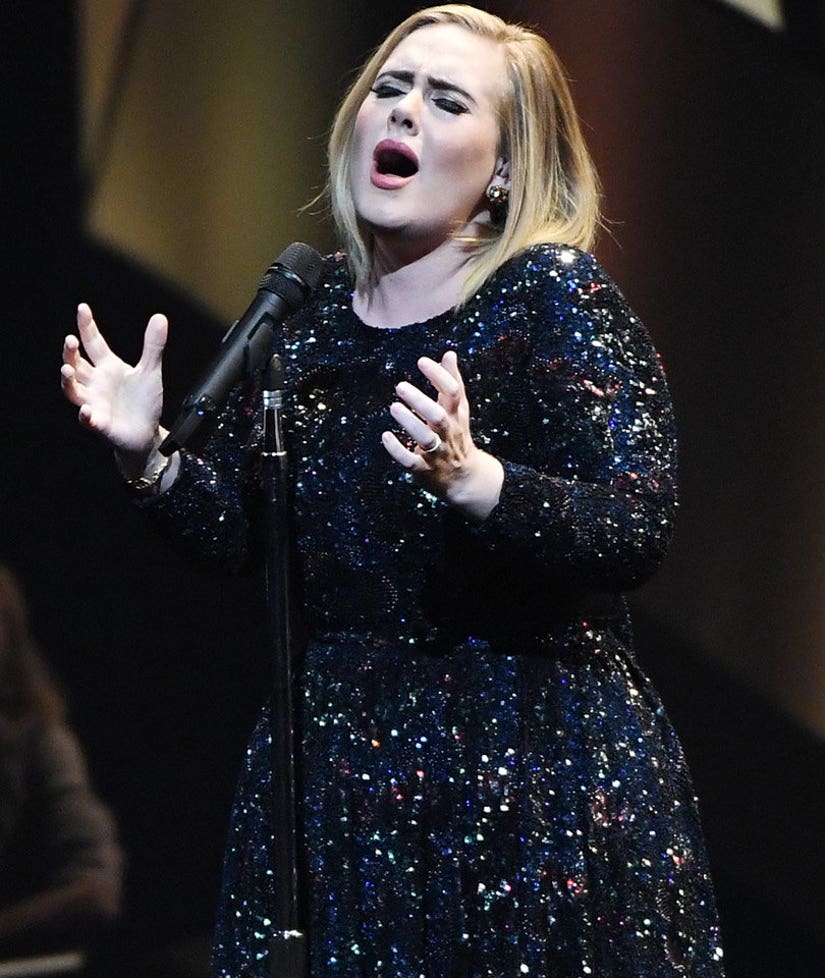 After wrapping up her North American tour on Monday night, Adele was welcomed home with the cutest little surprise from her son.

Following her performance in Phoenix, Arizona, the singer took to Instagram to share a sweet snap of what awaited her at home: a homemade sign reading "Mummy you did it!" from her boy, Angelo.

"I just finished my 107 shows in 10 months. 100% live every night. I bloody smashed it, even if I do say so myself," the 28-year-old entertainer captioned the pic. "You lot have been incredible, every night you've been so beautiful, loving and engaged. My band and my crew you made the whole thing turn. And my beautiful family made it easy for me to do. Big love x."

And little Angelo might be getting a brother or sister sometime soon!

At the close of her show in Phoenix, she took time to thank her band, backup singers and crew ... before dropping a surprising announcement.

"Give it up for me – I did it," she shouted after the encore. "I'll see you on the other side. I'll be back. You won't be able to get rid of me," she continued, before seemingly adding she was "gonna have another baby." Some have interpreted her as saying she was going to "hug her baby" as well.

Take a listen below:

Take me down, I'm going to having another baby. 😭❤👼 pic.twitter.com/s499qwnYp3

She's likely not pregnant just yet, as she also toasted her crew with a glass of white wine during the concert. While pouring some champagne into Solo cups for her entourage, she exclaimed, "I'm not going to have any because I've got my glorious white wine ... [champagne] wreaks havoc with my acid reflux."

"This is my dream to drink out of red cups like in 'American Pie,' cheers everybody," she added.

The singer is set to hit the road again in early 2017, when she does her very first tour of Australia.