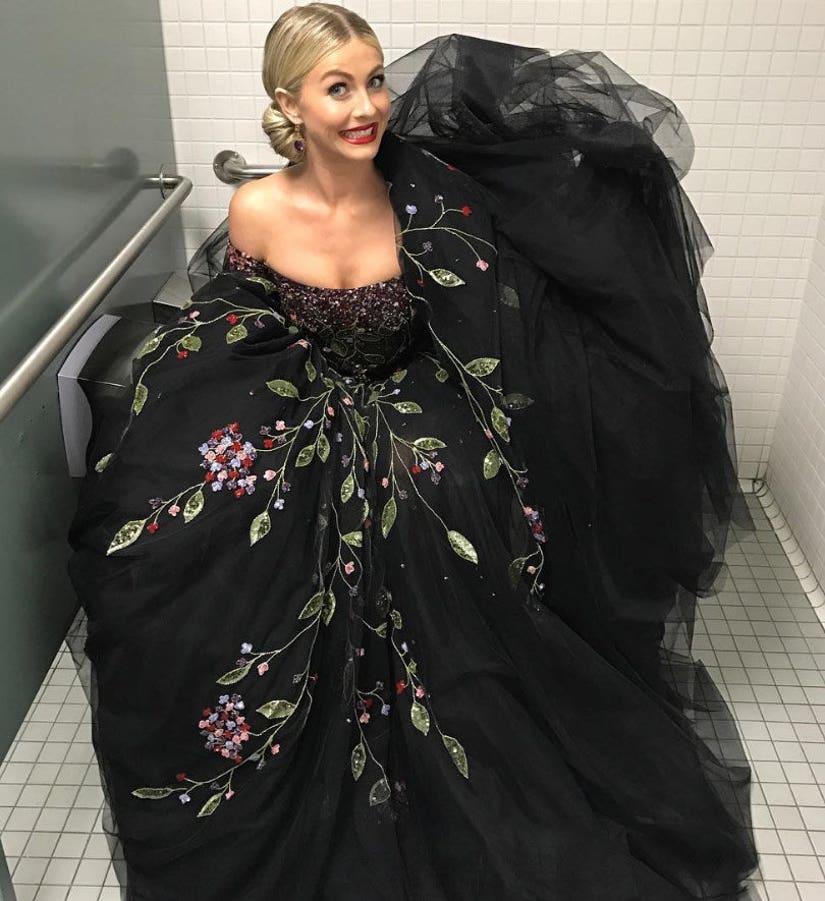 Julianne Hough is prepping for her wedding in every way possible ... including potty training!

The "Dancing with the Stars" judge shared a TMI photo on Instagram during the season finale on Tuesday night, showing her sitting atop a toilet in the little girl's room as she goes the bathroom.

While her wedding dress will likely look very different than the beautiful, black ball gown she wore last night, it sounds like it may be just as oversized as the one above ... and not too easy to maneuver the bathroom in.

And though she seems to have the restroom routine down for her big day, she hasn't done much planning otherwise.

"It's fun, but we're still just enjoying the process of being engaged because we're never going to be here again," she told E! back in September. "We kind of started to plan and we're like, eh! Let's just enjoy it instead and not feel pressured to start planning already. So we're just picking up little tidbits here and there but not really focusing on it too hardcore."

"I have to find the location first, and then I feel like then you can figure out what kind of dress and style and everything else too," she added at the time.

The dancer and pro hockey player Brooks Laich got engaged in August 2015, after he popped the question in Idado, where Hough's grandparents live.

The "Safe Haven" actress and her Washington Capitals beau started dating in 2014 after being set up by their mutual friend, Teddy Sears.