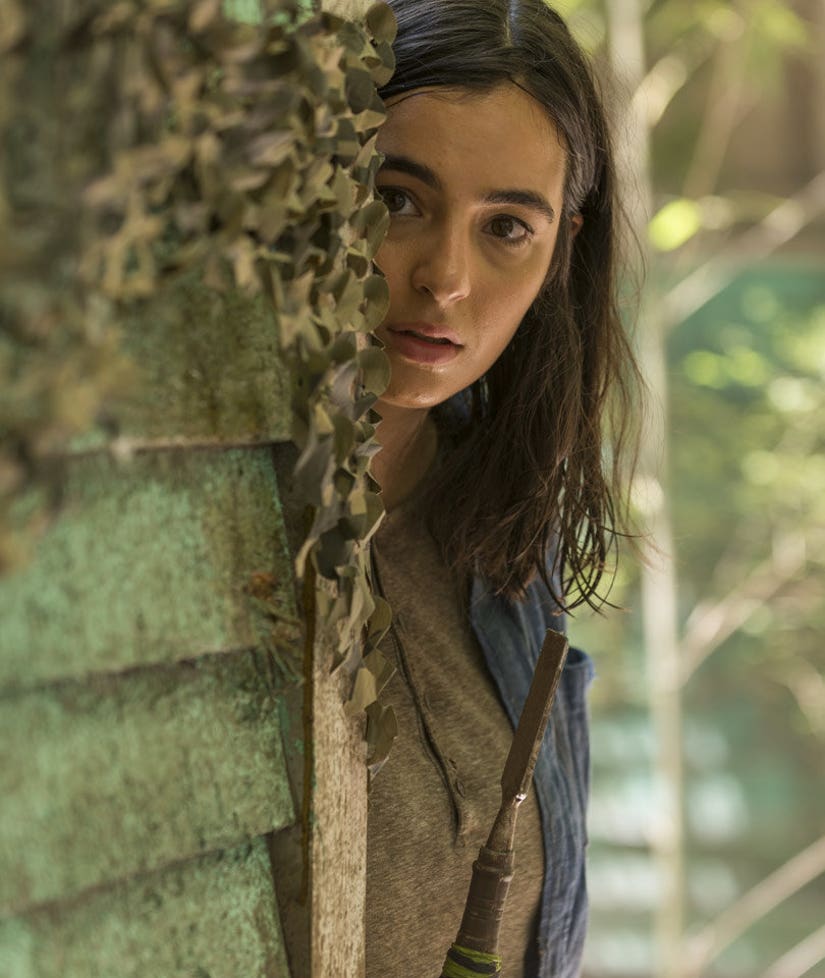 This week on "The Walking Dead," we're introduced to yet another new community ... and, like all the ones before this, they also have some disturbing history with Negan and the Saviors.

"Swear" focuses entirely on Tara Chambers (Alanna Masterson), who we honestly forgot about after she was last seen going on a supply run with Heath in the twelfth episode of season six back in March. Yeah, it's been a minute.

So, what's she been up to? Hanging out in the "Walking Dead" equivalent of Themyscira, apparently.

The episode goes back and forth between the past and present, as we find out what happened to the two scavengers since they left Alexendria. During a supply run gone way wrong, they find themselves surrounded by walkers on a bridge -- with Tara being thrown overboard during the skirmish.

With Heath's fate unknown, we follow Tara after she awakens on a beach in Virginia ... a welcome location change if there ever was one. After being rescued by a woman named Cindy and left on the sand to fend for herself, Tara instead sneakily follows her hero to the woman's all-female encampment.

When the ladies there realize Cindy came back with a shadow, they quickly make it known that Tara is not welcome. We later learn these women have some serious trust issues after the Saviors wiped out all the men in their ranks -- and now kill any strangers they come across.

Luckily for Tara, she doesn't get offed and instead gets some intel out of the gals at Oceanside Cabin Motor Court.

Note: Oceanside is also in the comics, but it's not strictly female. The fishing village also doesn't enter the picture until much later in the source material and has little to do with the show's current, Negan-centric storyline.

The Oceanside on the series, however, has close ties to the Big Bad ... ties they've tried oh-so-hard to sever. You see, before moving to their secret location, their group had a "skirmish" with the Saviors, who killed every male over the age of 10, execution style. After agreeing to trade with them for a while, they snuck away in the middle of the night with "nothing more than the clothes on our backs." 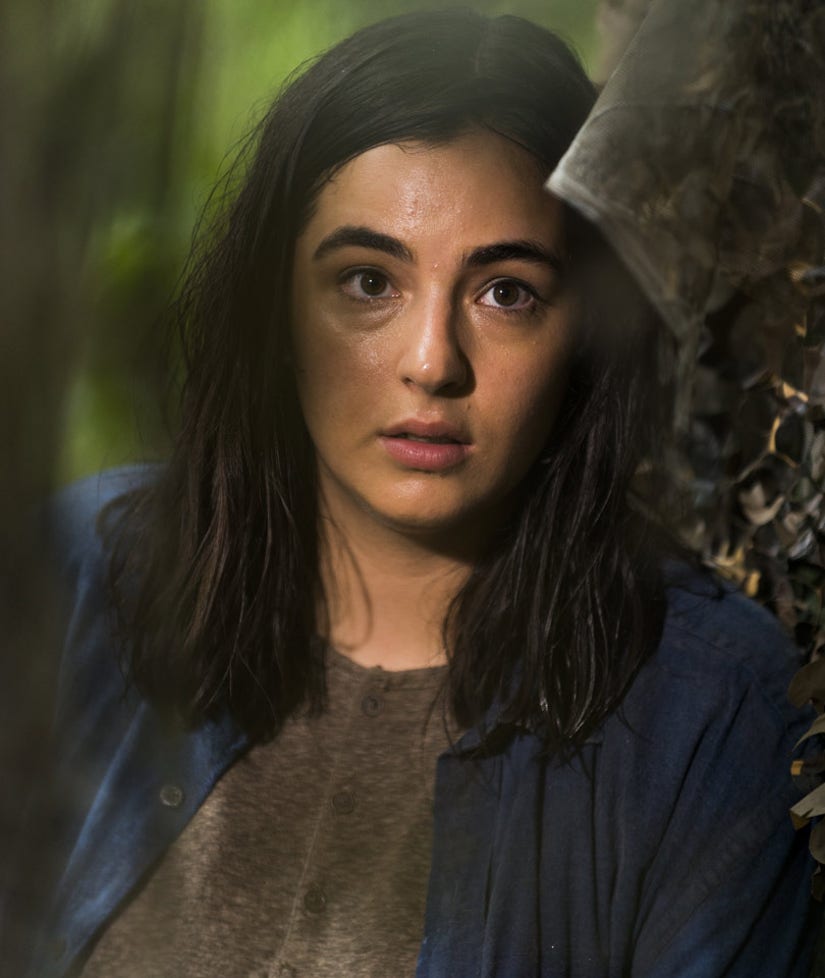 They don't want to let Tara leave, since it could expose them to Negan and his followers again. This, naturally, doesn't sit well with Ms. Chambers, who really wants to get back to her girlfriend (RIP Denise).

After coming clean about the Alexandrians' attack on the Saviors' outpost, Tara says what the ladies of Oceanside really need are "friends" right now. Her bright idea: the two communities could work together going forward. The oddly-named Natanya, their leader, is skeptical at first ... but agrees to let Tara go home if she takes one of the women, Beatrice, with them to scope out Alexandria in return.

While in the woods on their way to the bridge, Tara tries to break free from ... but ends up at gunpoint by Beatrice. Beatrice puts 2 + 2 together and realizes both groups have been fighting the same enemy, adding that Tara's group has "no idea" what they started by taking out one of the Savior's outposts. "You didn't stop them, You can't stop them. That was just an outpost. There are more. More Saviors, more outposts. If they know about your friends, it's already too late for them," she warns.

If only Tara knew. At this point, Glenn, Abraham and Tara's own girlfriend have already been killed ... but she's still in the dark about all of it. Man, does she have one depressing debrief awaiting her at home.

Cindy helps Tara escape, but only after she "swears" to never tell anyone what she saw in Oceanside. Tara reluctantly agrees. "Nobody's evil, they just decide to forget who they are," Cindy reminds her before they part, words that apparently leave an impression on the Alexandrian.

The episode ends with Tara returning home with a big smile on her face, until she sees a weeping Eugene waiting for her at the gates. She learns of Denise's fate, as Rosita swears revenge if she's ever able to get guns and ammunition.

Of course, Tara knows where they could get it ... but doesn't balk, keeping the secret she swore to Cindy.

We're left with two big questions after this week.

1.) Will we see these women again?

If not, then this episode serves as an illustration of an alternative way to deal with the Saviors, instead of giving in or attacking them head-on. It also adds some extra nastiness to Negan's already-horrific resume, as his people exterminated half a colony ... children seemingly-included.

We're hoping they do pop up though, as these women have proven themselves as incredibly capable, strong and smart. They'd be a welcome addition to what could be an epic rebellion against the Saviors -- joining Hilltop, Alexandria and the Kingdom in a showdown with the guys up at the Sanctuary.

2.) What happened to Heath?

Poor Corey Hawkins really hasn't had too much to do on "The Walking Dead" since he was cast last year.

While it initially seemed like Heath abandoned Tara on the bridge and ran off while she was being swarmed, we learn he came back to attempt to rescue her. They were separated after she fell over the side of the bridge.

The show plays a momentary trick on the audience again, showing us a walker with Heath's trademark hair -- but said zombie turns out to be a female. Tara later comes across tire marks she hopes the very-much alive Heath made.

We know he's not back at Alexandria though, so where the hell is he? Did he get captured by the Saviors? Is he at one of the other communities now too? We haven't seen the Kingdom in a bit, so maybe he ended up there?

What did you think of "Swear"? Sound off below!