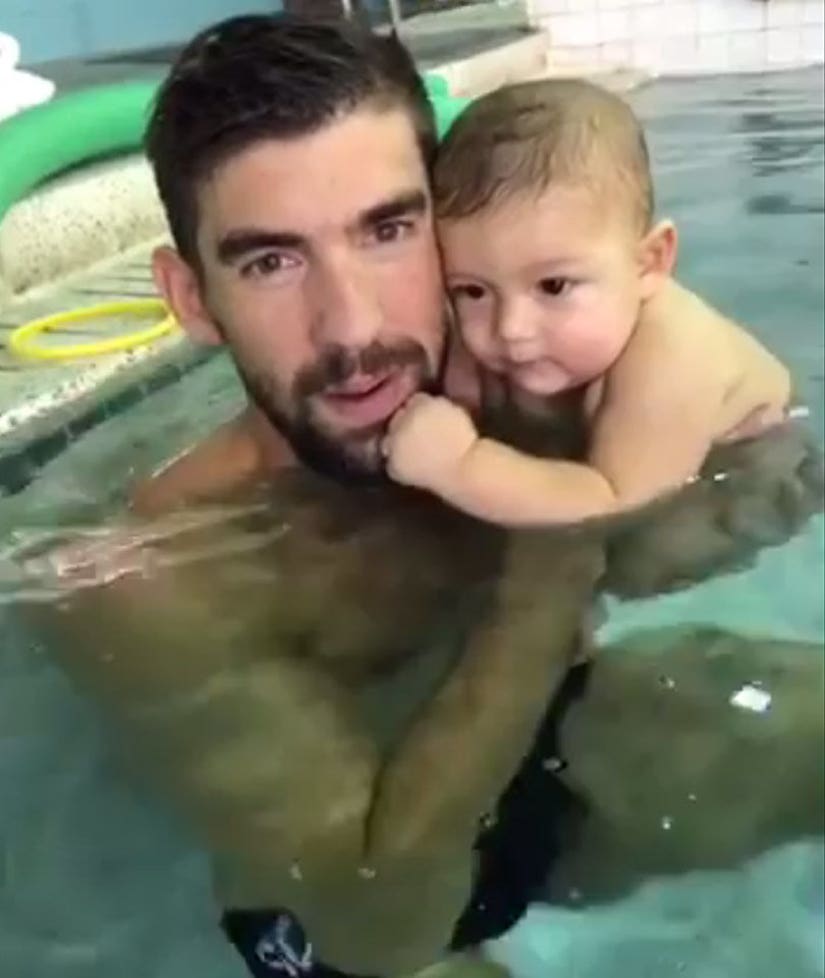 Michael Phelps took to Facebook on Wednesday, to share a super cute video of his baby boy Boomer learning to swim.

In the clip, the Olympic swimmer -- who's also surrounded by his family -- narrates Boomer's time in the pool as his wife Nicole Johnson holds onto their 6-month-old son in the water.

"He's been crying," Phelps says in the video. "He put his face in the water and he didn't really like that too much. Now he's just grabbing on for dear life."

Michael also notes that Boomer is one of the youngest students in the class. Perhaps he's getting his baby boy ready for Olympic stardom?!

Phelps shared another video of Boomer on Monday from his hometown in Baltimore learning to swim with Cathy Bennett, the same woman who taught him when he was just 6-years-old.

After sort-of learning to float, the little guy passes right out in his dad's arms. "Guess he really does just go to his happy place, just like daddy when he is in the pool," Phelps says in the clip.