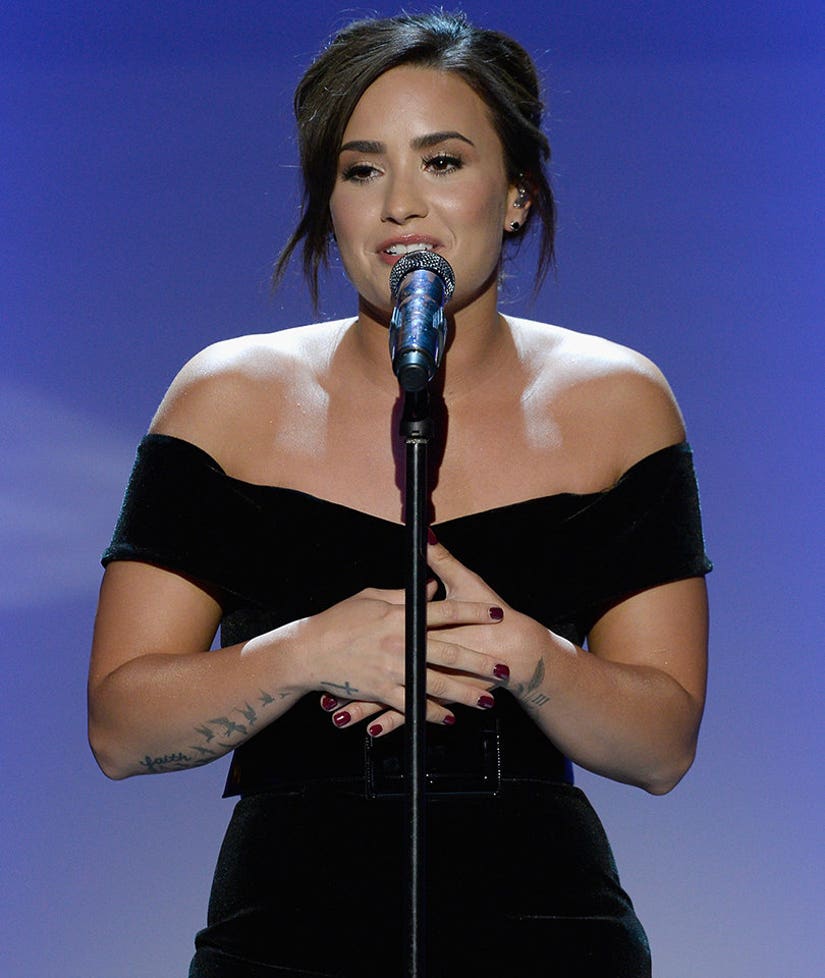 The gorgeous, fierce Demi Lovato has a whole ton of life experience ... and her recent interview with People on mental illness is about to shake the very foundations of the house that stigma built!

In the sit-down, the smokin' hot "Body Say" singer said, "If you know someone or if you're dealing with [mental illness] yourself, just know that it is possible to live well. I'm living proof of that," she proudly boasted.

We're proud of you too, girl!

Demi claimed that she takes things a day at a time, and sees her therapist on the regular to ensure stability.

She also credits her family and friends as support pillars, and said, "They're there for me at any moment of the day and will be there to support me throughout my recovery. That relationship is ongoing -- it's not something where you see a therapist once or you see your psychiatrist once, it's something you maintain to make sure that you want to live with mental illness."

"You have to take care of yourself," Lovato reasoned.

Lovato also teamed up with the mental health awareness initiative, "Be Vocal: Speak Up for Mental Health" as well as in a partnership with Getty Images and Shaul Schwarz, about which she said, "[My fans are] part of a younger generation who hopefully is going to change the future for the next generation where mental illness won't be so taboo to talk about."

"I want to prevent [stigma] from being attached from anything mental health," she concluded.

Demi also stated that she's still sober -- a feat for someone in the spotlight, as well as someone so young -- and credits her ongoing day-to-day mantra for her success.

She recounted, "Every day is a work in progress so hopefully I make it to 2017 with my sobriety. I take it one day at a time and for today I'm doing great."

Demi really is -- and we couldn't be prouder of her!

Check out the gallery above to see the "X-Factor" star's hottest looks!