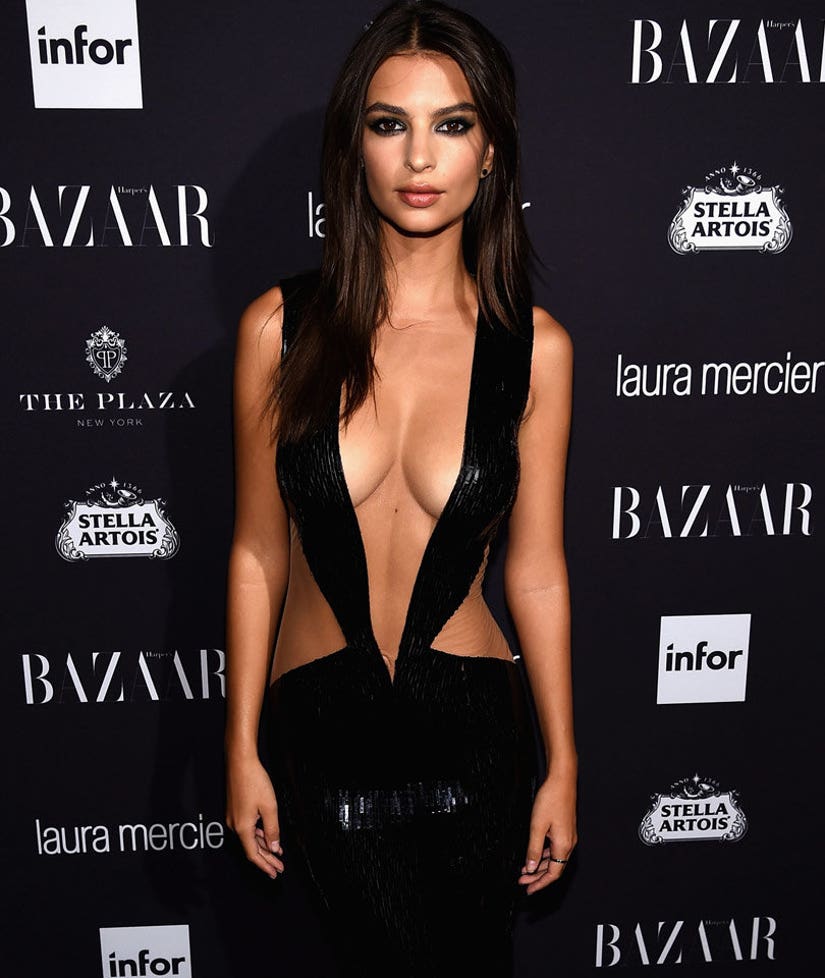 Emily Ratajkowski isn't afraid to show some skin ... on her own terms.

The "Blurred Lines" model is known for stripping down in the Robin Thicke music video, as well as her sexy photo shoots and nude selfies -- sometimes alongside Kim Kardashian -- but now, she's taking issue with some revealing pics from her past.

The 25-year-old stunner is speaking out about a new book from photographer Jonathan Leder, who plans to release never-before-seen naked pictures she posed for back in 2012. According to her, they weren't all supposed to see the light of day.

"I've been resisting speaking publicly on the recently released photos by Jonathan Leder to avoid giving him publicity," the "Gone Girl" actress wrote during a Twitter tirade on Wednesday. "But I've had enough. This book and the images within them are a violation."

"5 out of the now 100s of released photos were used for what they were intended: an artful magazine shoot back in 2012," she continues.

"These photos being used w/out my permission is an example of exactly the opposite of what I stand for: women choosing when and how they want to share their sexuality and bodies," she adds in conclusion.

The Polaroid photos were taken a few years back at the Cape House in Woodstock, N.Y., showing Emily sporting lingerie and, in some shots, nothing at all.

"She was very, shall we say, comfortable with her body," Leder writes of Emily in the book, which is on pre-sale now for $80. "And as far as shoots go, I would say it was fun."