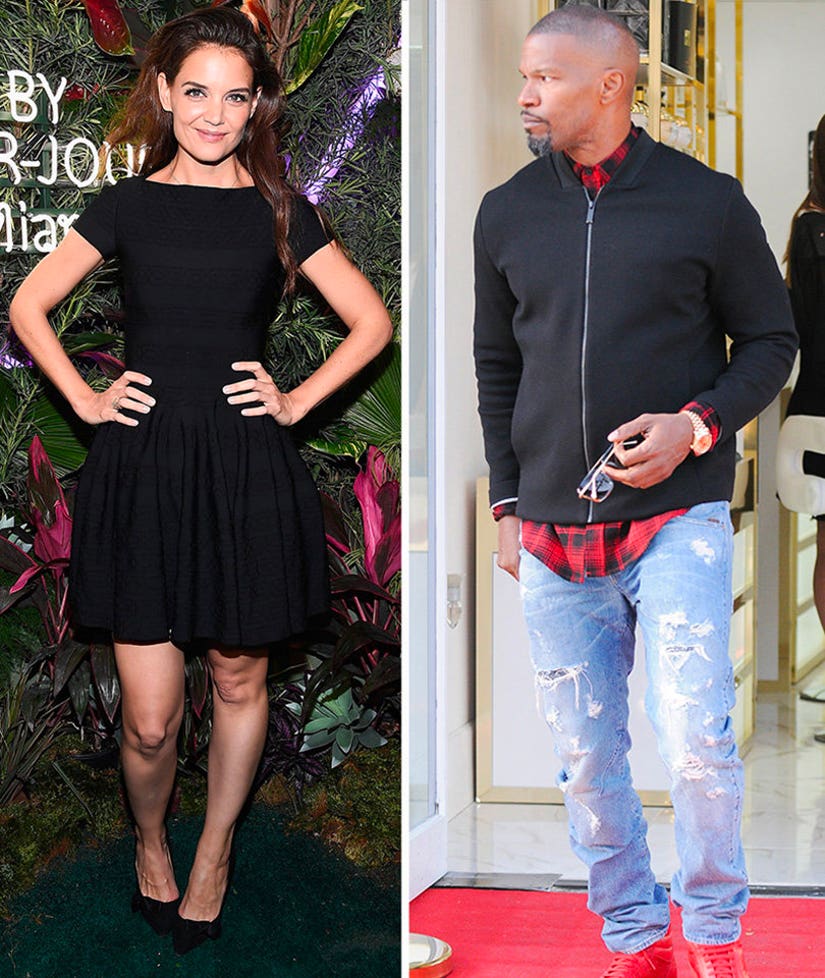 Katie Holmes has some news about married life for you!

"I'm not married," the "Dawson's Creek" alum tells The New York Times. "But thanks for asking!"

This, a response to a NYT reporter asking about the constant marriage and relationship rumors that Holmes is plagued by on the daily, Katie played coy. Sure, she's not married. But what about her relationship status at large?

Crickets. That's about it, and that's just enough to leave the door open for more speculation as to whether she and long-time rumored beau Jamie Foxx are keeping things on the DL.

Elsewhere in the interview, Katie discussed her daughter, Suri Cruise, and claimed that her upcoming project, "All We Had," which is helmed by Holmes herself, is dedicated to her doppelganger 10-year-old daughter.

Holmes said, "['All We Had'] was my first film, and I want her to always know that she's the inspiration behind everything, and so hopefully it means something as she gets older."

"Just to let her know how important she is," she continued.

As for her child-rearing tactics, Tom Cruise's ex-wife seems really down to earth.

"I try to make our world very much an environment that's just all about being a kid without too much of Hollywood coming into that," Katie explained. "And I just enjoy it. Honestly I think that there are so many books and opinions about how to be a great mom, and you have good days and bad days, and sometimes you do great and sometimes you could have done better."

"But I have to say I'm really enjoying having a 10-year-old," the A-lister concluded. "She's a remarkable person."

Gee, wonder where she gets that from?

See more shocking celeb hookups in the gallery above!