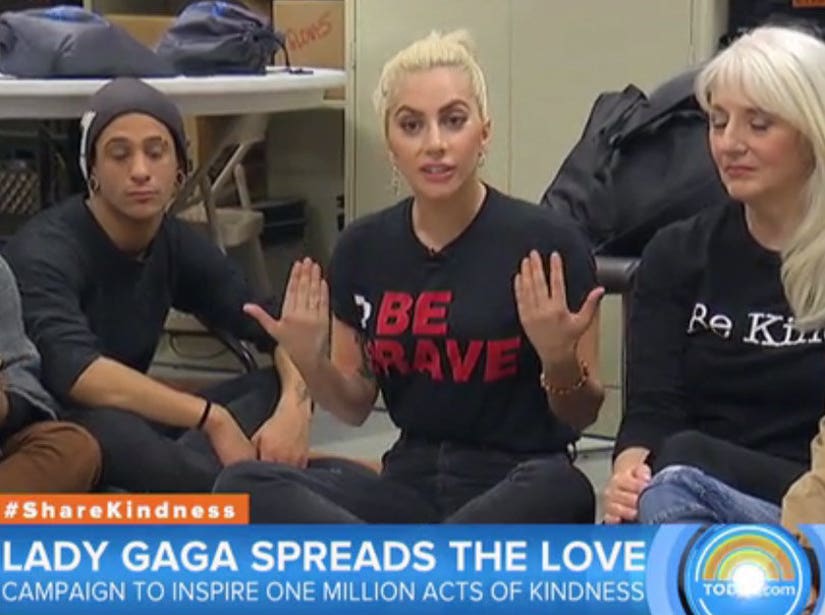 Lady Gaga opened about her battle with mental illness in a candid new interview.

The pop star teamed up with "Today" and NBCUniversal for their "Share Kindness" campaign, which aired on Monday, where she visited the Ali Forney Center to help LGBT homeless youth.

"I told the kids today that I suffer from a mental illness. I suffer from PTSD. I've never told anyone that before, so here we are," Gaga confessed. "But the kindness that's been shown to me by doctors -- as well as my family and my friends -- it's really saved my life."

The "Bad Romance" singer revealed she was raped at just 19 years old during an interview back in 2014, and now says she suffers from post traumatic stress disorder because of the trauma.

"These children are not just homeless or in need. Many of them are trauma survivors; they've been rejected in some kind of way," she explained. "My own trauma in my life has helped me to understand the trauma of others."

While the 30-year-old singer waited seven years to before going public with her story, she says kindness helped her cope.

"I'd been searching for ways to heal myself," she admitted. "I found that kindness is the best way. The one way to help people that have trauma is to inject them with as many positive thoughts as possible."

Most importantly, Gaga wants everyone to be treated with the love and respect that they deserve.

"I am no better than any of those kids, and I'm no worse than any of them. We are equal. We both walk our two feet on the same earth and we're in this together. We as a world are suffering from war," she said. "Kindness is the way to becoming more harmonious."