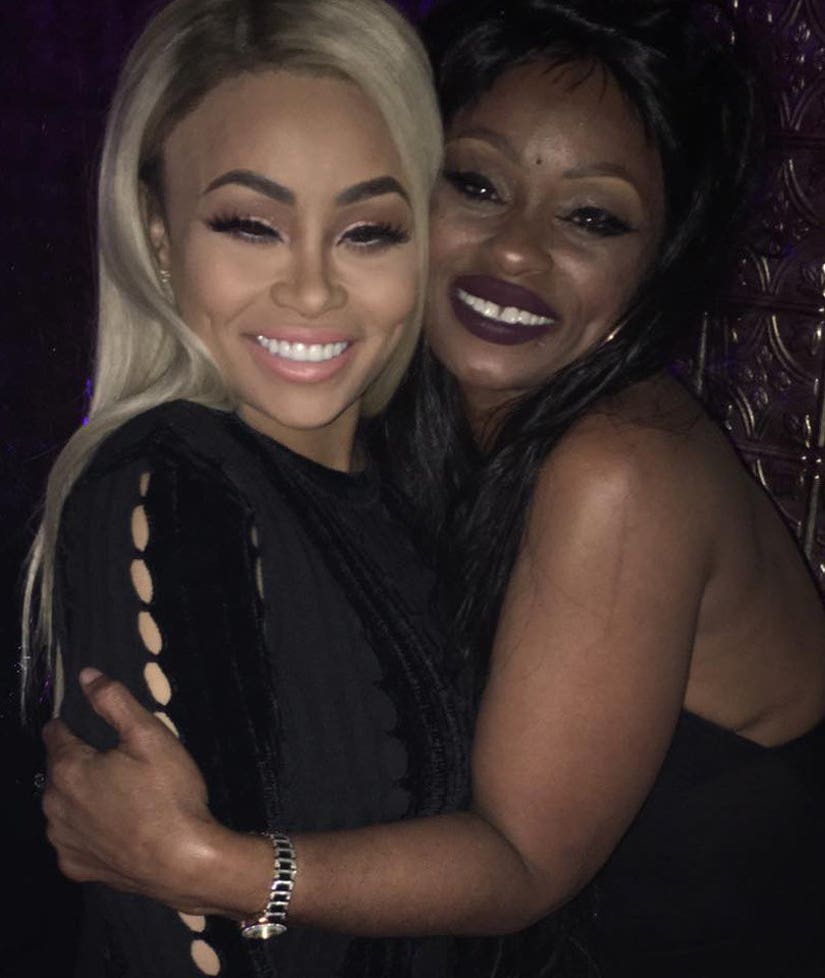 Blac Chyna's mom is not to be messed with.

Tokyo Toni took to her Instagram page on Friday to stick up for her daughter, who is embroiled in a bizarre trademark dispute with the Kardashians over their last name. Earlier this week, Chyna applied to trademark the name "Angela Renee Kardashian" -- her name after she marries Rob Kardashian -- but it was blocked by the family's lawyers, who thought the three Kardashian sisters would "suffer damage including irreparable injury to their reputation and goodwill" if approved.

According to TMZ, the whole ordeal was a "simple mix-up" and Kris Jenner and her daughters apologized to their future sister-in-law ... but the trademark still hasn't been gone through.

As they wait, Toni praised her daughter in a long rant earlier this morning on social media, seemingly shading the Kardashian family in the process.

"My mini me is the next baddest thing to me HANDS DOWN," she wrote in the lengthy caption. "From Blacchyna to soon- to- be Angela Renee Kardashian mother of Dream Kardashian and Mr. King Cairo Stevenson. Angela Renee White is an ambassador to all women today thats real and wants the best! She is a BEAST!!!!!"

"Blacchyna has my support 110% no matter what! You cant you just can't stop what God has plans for," she continued. "People need to relax it's enough shine money Tv airtime play selfie sticks and camera footage for everyone!"

Toni then put on her mama bear pants, adding she'll do anything to protect her girl.

"She grown but I am still her momma and I will go all thee way in for mine," she posted, "UNDERSTAND THIS."

She addressed the trademark dispute directly by adding, "You can do whatever once you get married people with your name." After what seem like a couple caption updates, she closed the post by writing, "I would have bitches for brunch today! Eat them alive!"